After driving the latest Porsche 911 GT3, Lerato Matebese says it should rate as one of the world’s seven wonders 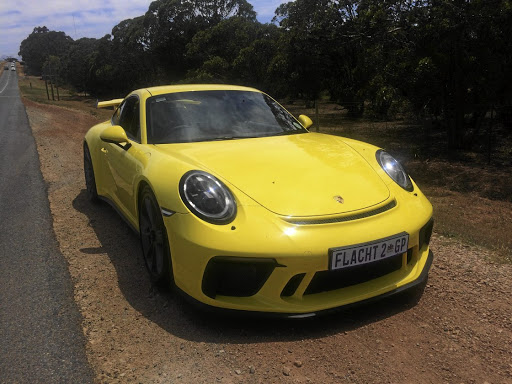 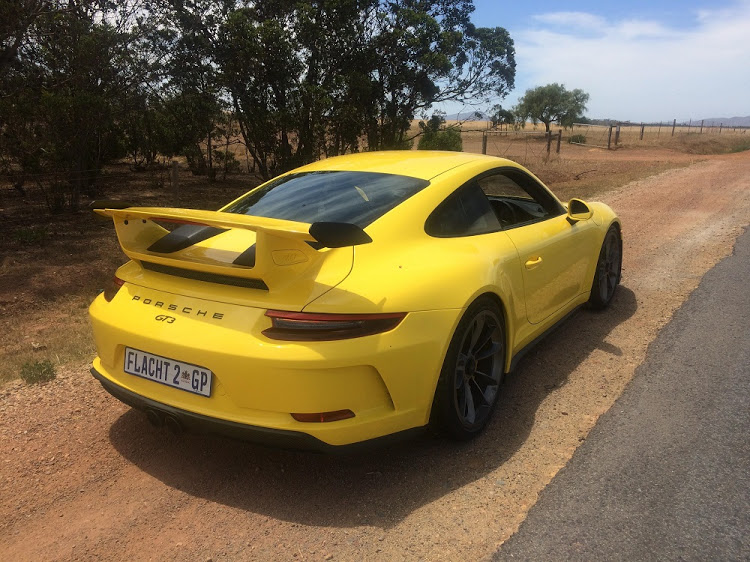 The year 2000 was a watershed time for me. I completed my high schooling and was going to university to study further and hopefully one day land a job that would afford me my first car.

It was also the year that I first clapped eyes on a yellow, first-generation Porsche 911 GT3 in the motoring pages of a local newspaper. I was mesmerised. Here was a focused, track-ready 911 that could also be driven on the daily commute.

My acquaintance with the model finally arrived in the form of the generation-two variant, replete with a 4.0l, flat-six normally aspirated engine and a good, honest six-speed manual.

With 450km of some of the best Western Cape roads at my beck and call, I was ready to immerse myself in what I can only describe as one of the most memorable driving experiences in my career as a motoring scribe. Nothing quite primes your senses for the theatrics and the nigh perfect analogue driving experience the GT3 offers.

Of course, the car is more digitised than the air-cooled Porsches of yore, but I have to doff my hat to Andreas Preuninger and his team of engineers who are not only responsible for the company’s GT cars, but also the motorsport cars built in Flacht, Germany. I spent a good 10 minutes sitting snugly in the form-hugging, Alcantara bucket seats and poring over the sparsely laid-out cabin before firing up the raspy engine.

The interior still has plenty of comfort for everyday use but it’s the purity of that six-speed manual gearbox
Image: Lerato Matebese

Pushing out 368kW and 460Nm from a normally aspirated engine of this capacity is special. The engine zings to a rev ceiling of 9,000, a ritual that all petrolheads should experience.

While maximum torque comes in at around 6,000r/min, the engine is surprisingly tractable from just above tick-over, making traffic jaunts surprisingly easy to manage, even in this manual guise.

Yes, that six-speed manual, which has a dual mass flywheel in order to better cope with the high-revving engine has been lifted from the limited edition 911 R as opposed to the seven-speed variant found in the 911 GTS models. Unwinding that normally aspirated engine is one of the most enchanting experiences in an era in which turbocharging has become the staple of performance cars.

It revs so eloquently that by the time the needle sweeps past 7,000r/min you have an inclination to swap cogs, but that would be a travesty because once past that twilight zone, the true character of the GT3’s engine comes to the fore. By 8,000r/min the engine note moves from a crescendo to a mechanical scream that will have you thinking the power plant innards will rev to smithereens, but they don’t. As you shift up a gear all the drama is there again, only things get faster and more intoxicating.

The GT3 has very long legs, but then you introduce it to coiling roads and you get the gist of the package. Turn-in from the front tyres is immediate, while the grip from the rear gumballs is prodigious without sacrificing the overall ride quality.

The GT3 may not be the fastest 911 (cue the GT2 RS), but it is arguably the most riveting, engaging and rewarding 911 and is easily the best 911 I’ve driven.

The company is celebrating 2018’s anniversary with numerous activities including exhibitions in Germany and the US
Cars, Bikes & Boats
2 years ago

Connectivity and practicality have been prioritised for the new A-Class, writes Michael Taylor
Cars, Bikes & Boats
2 years ago