Hold the cynicism, BMW has filled a niche with something a bit special in the new X2 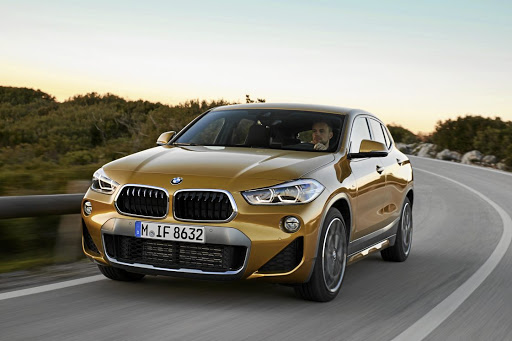 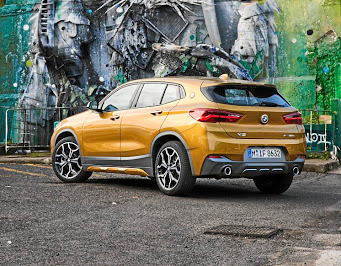 No slice of the car market is booming like the small-and mid-sized crossovers and when it arrives in SA in March, the X2 will be BMW’s third model and by far the softest.

The urban-focused five-door hatch might invite raised eyebrows, but it turns out that it’s a very competent, composed and sophisticated small crossover.

Where the X1 shows cost-cutting and the X3 continues on its merry way, the X2 has carved its own path. And it looks like a pretty interesting path, too.

Almost more five-door hatch/wagon than SUV, BMW has engineered the X2 xDrive20d so thoroughly the only thing clumsy about it is its Sports Activity Vehicle description. It has delivered for some reason a small machine that sits neatly between an SUV (not an off-roader, but an SUV) and a car. It worked for Skoda with the Yeti and Subaru has done it well with the Forester for years.

BMW’s design team has pulled tricks out of its archives to make you think of it as a sporty machine, even though it doesn’t look especially sporty.

There’s the BMW badge in the C-pillar, which is something they used on the 3.0l CS of the 1970s, but in spite of a 16-page press kit given over largely to design explanations of the X2, it will never be considered in the same breath as the big-glasshouse coupe that locked in BMW proportions for decades.

"The BMW X2 fuses the fast-moving forms of a coupe with the robust volumes of an X model," says Thomas Sycha, the head of design for BMW compact class.

"It was important to us to make these apparently conflicting aspects of the BMW X2 and the car’s individual character something you experience from every angle and at first glance."

BMW designers seem unjustifiably proud of the X2’s exterior, when they should be happier with the work they’ve done inside the cabin. Inside, there is plenty of good stuff without resorting to reams of froth.

For example, it shares the X1’s 2,760mm wheelbase, but at 4,360mm it’s both shorter and 70mm lower than its boxier SUV sibling. It also shares pretty much everything under the skin with the Countryman, but is a far better, more composed car than the Mini.

There are X1 elements in the interior but still plenty of X2 identity
Image: BMW

First, it’s very functional. Second, it’s actually a bit stylish. Third, it has plenty of usable technology. In Europe at least, it’s always connected to the internet via an in-built SIM card to help with everything from Google Earth for the navigation system to traffic jam warnings.

The front-seat positions are higher than a 3 Series but slightly lower than the X1. There is a semi-digital instrument cluster, an optional multicolour head-up display, a 6.5 or 8.8-inch multimedia display and three different ways to communicate with the car.

There’s the traditional iDrive unit, there are voice commands (that are getting better, slowly) and an optional touchscreen system for the largest of the multimedia screens. This works far better than the iDrive, especially with people accustomed to pinching and stretching their fingers for smartphones.

The seats are comfortable and the arrangement is flexible, with a split-fold rear seat folding down to increase the standard 470l of luggage capacity.

The interior walks a fine line between luxury and cost reduction, but it’s mainly good news compared to the X1’s interior materials.

BMW’s launch material might talk about the interior and the design — a lot — but the real star is the chassis and suspension setup. It’s a car that’s easy to feel immediately comfortable in and it beautifully walks the fine line between firmness needed for handling prowess with effortless body control needed for comfort. From the first time it rolls over a gutter to the first time it hits a pothole, the chassis gives the impression that it’s doing it all easily and keeping you comfortable and assured.

It’s competent in the bends, rather than scintillating — and that probably hits the target market precisely.

There’s a base car with fixed-rate dampers and steel springs, then an extra-cost Dynamic Damper Control system and an M Sport suspension setup (both of which lower the ride height by 10mm). Typically, M Sport suspensions look nice on their bigger 19-inch wheels, but you pay a price in ride from their firmer spring and damper rates.

That’s not the case with the X2, which feels just fine on its firmest setup. It lets you know the bumps and undulations are there, but it doesn’t insist that you suffer as you cross them, unlike so many tall-tyre BMWs. It’s firm, but well mannered.

The BMW badge returns to the C-pillar for the first time since the 1970s
Image: BMW

There is a significant step between comfort and sport modes, though neither of them crosses the line into being too firm. Or, indeed, too sporty. Secure, stable and composed, yes, but you’d never mistake it for an athlete in its own right.

It defaults to comfort when the car starts, but sport delivers sharper response from the throttle, tighter steering, more freedom from the skid-control systems and quicker gearshifts at higher engine speeds.

There’s an Eco Pro mode, which short-shifts gears, stiffens the throttle to encourage you not to use too much of it and does a host of small software tricks to minimise consumption.

On the dynamic suspension, it also changes the suspension settings to suit whatever button you’ve pushed.

The steering works seamlessly and accurately and seems to fit whatever mood you’ve asked the car to be in, which is unusual for a modern BMW.

Unfortunately, there’s now so much refinement in the chassis and suspension setups that the 2.0l, four-cylinder turbodiesel can’t keep up. It’s the primary source of unwanted vibrations and coarseness in the car, especially at middling revs when you’re only asking for mid-level performance. And, especially, when the stop/start system is working overtime in traffic.

There is no questioning its strength, with 140kW of power at 4,000r/min and 400Nm of torque from 1,750 revs. Its performance is reasonably impressive, too, especially when there’s an even stronger 170kW/ 450Nm version lurking above it for international markets, as well as the two-wheel-drive sDrive 20i.

That feels to be a realistic claim for the 1,600kg machine, but it’s not about straight-line sprinting because it’s far more impressive in its mid-range acceleration. Aim up at the accelerator pedal, especially in urban situations, and there will be plenty of urgency.

It runs through an eight-speed ZF-sourced transmission and it’s one of the cleaner-shifting versions of the base ZF unit. Its shifts are crisp when you’re in sport mode and soft enough to go unnoticed in comfort.

This is new territory for BMW, but it’s hardly brave new territory. BMW’s engineers have over-delivered and the end result is a mainly urban crossover that is, indeed, very, very good.

BMW has revealed the production version of its X2, which is due in SA in March 2018, writes Mark Smyth
Cars, Bikes & Boats
2 years ago

The new Amarok offers something different & it's rocking the rough road

Our motoring journalists head off road to pit the Volvo XC90, Audi Q7, BMW X5, Mercedes-Benz GLE-Class and Land Rover Discovery against each other
Cars, Bikes & Boats
2 years ago