BMW’s sixth-generation M5, which was launched in Portugal last week, is the most powerful variant of the model — and the most refined, as we found out.

Scheduled to launch in SA in March 2018, the M5 comes with some firsts for the marque.

For starters, this will be the first time the model is offered with four-wheel drive. Dyed-in-the-wool fans of the model may be in shock, but I can assure you that having driven the vehicle there is no reason for concern.

The previous generation M5, codenamed F10, was something of a test bed for the M division as it was the first M5 to be turbocharged. It made considerably more power and torque than its 5.0l V10 E60 predecessor — 412kW and 680Nm versus 373kW and 520Nm — but it lost some character. This mostly related to the lack in engine note, which was rather demure.

Things got a bit better with the Competition Pack version, which Motor News ran in its long-term fleet previously, but even that paled in contrast to the E60, let alone the E39 before it, from an aural perspective. 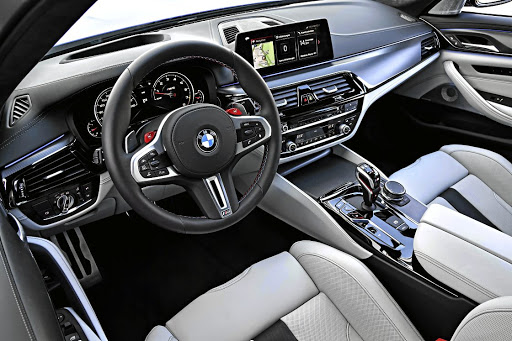 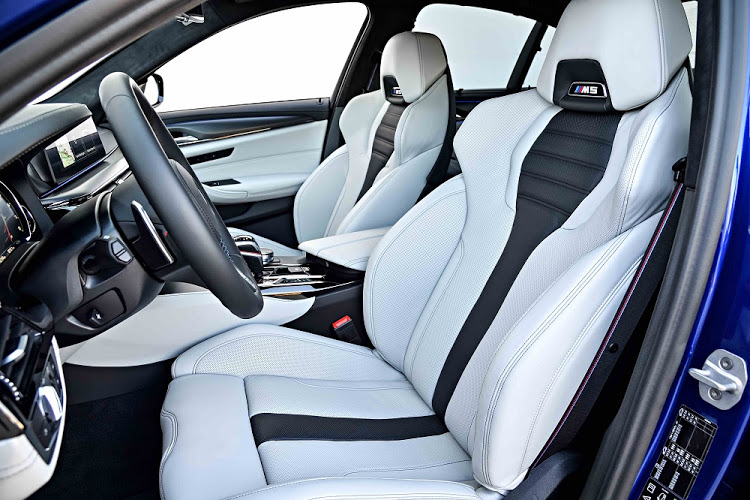 That aside, the F10 was a better car in most regards. It had a more powerful, smaller, yet efficient engine. It also had a faster gearbox — a dual-clutch automatic — and a bigger fuel tank.

From that aspect, I feel the engineers met the design proviso. However, traction and driveability were bugbears, especially on wet roads, which meant that just looking at the throttle would see the traction control light flickering like that atop an emergency vehicle.

To hustle the vehicle quickly, you had to adapt your driving skill accordingly, which was rewarding when you got it right, but then it also had the propensity to bite hard if you got too giddy with the throttle.

BMW M760Li: One for the super execs

BMW has redefined the word super in super saloon with its M760Li, writes Lerato Matebese
Cars, Bikes & Boats
2 years ago

Enter the new M5, codenamed F90, and all the things that were amiss with the F10 have been addressed for the most part. The engineers have reduced weight — a mere 15kg — by offering a carbon-fibre roof. Another first and fundamentally important aspect of the vehicle is the new M xDrive four-wheel drive system.

Styling-wise, the M5 continues the understated theme of its predecessors, highlighted by a sportier and larger front valance, model-specific side mirrors, side skirts and a gurney boot spoiler. Then there is the rear valance replete with a diffuser flanked by the now signature dual tailpipes.

It is a restrained, business-like aggression with just the right quotas of purposefulness.

The new M5 is possibly even more at home on the racetrack than it was before
Image: BMW

Cabin appointments have moved more upmarket with similar appointments from its cooking siblings, but spruced up with M5-specific items, such as the form-hugging front chairs with their illuminated M5 logo, new digital dials and a new steering wheel.

The latter is home to the M buttons — M1 on the left and M2 on the right, finished in red. The start button, too, is now in a scarlet red hue, while the gear lever and centre console are model-specific items.

Under the bonnet lies a similar 4.4l twin-turbo V8 to its predecessor, but featuring new turbos and a higher flow fuel-injection system with a 350bar pressure (150bar more than the predecessor). This has resulted in 441kW at 5,600r/min, like the previous Metal Edition variant, but with 750Nm at 1,800r/min — 50Nm more.

Not that the model needed more power to begin with, but what it was begging for was better traction and the M xDrive four-wheel drive system in the new model has done just that.

It is a variable system that is mostly rear-wheel biased and gives the vehicle superior traction under most conditions. The model is said to accelerate to 100km/h in 3.4 seconds and go on to a top speed of 250km/h (305km/h should you specify the Driver’s Package option).

M Dynamic Mode neuters slightly the dynamic stability control, allowing some slip at the rear for a rear-biased four-wheel-drive feel. This was apparent while flinging the vehicle around the Estoril racetrack in Portugal. Be more aggressive with the throttle out of corners and the vehicle will go into a controllable four-wheel drift.

Select 2WD mode and it morphs into a rear-wheel-drive only machine that allows you gratuitous rear-tyre burnouts should you be so inclined.

The exhaust system has been fettled with a resonator that gives the engine clearer vocal chords for its V8 tune.

The new model comes with an eight-speed automatic gearbox instead of the seven-speed dual clutch variety. According to the engineers, this is to make it more driveable in peak traffic.

The new BMW M5 has ironed out all that was amiss with the previous model to arrive at what is the most useable and refined M5 yet.

Your guide to what is happening in the world of luxury cars, bikes and boats
Cars, Bikes & Boats
2 years ago