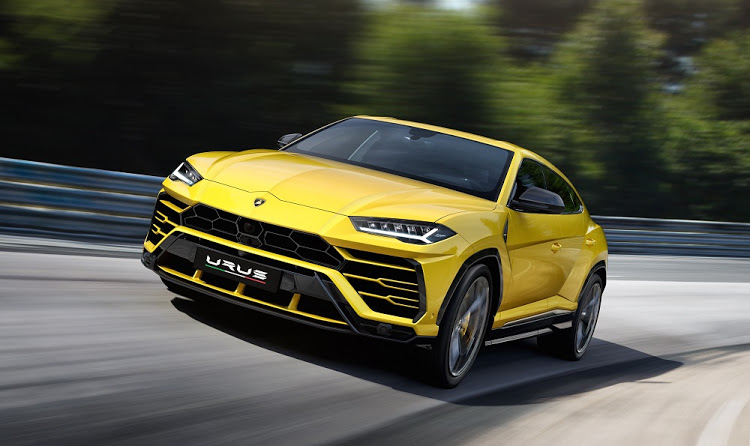 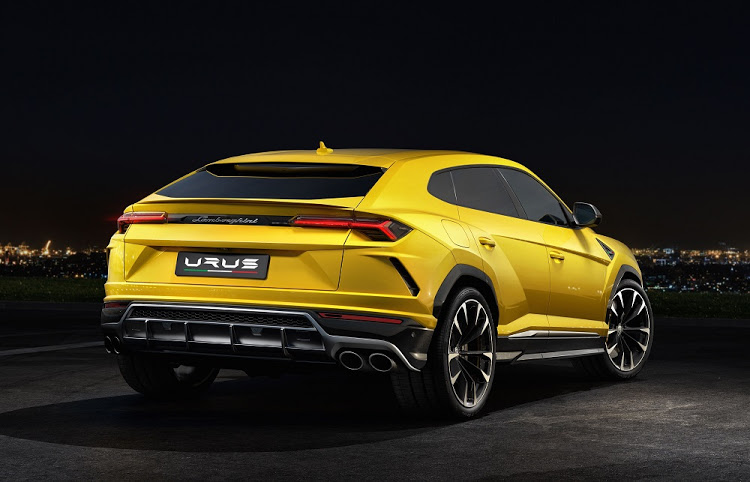 Back in the 1970s, Lamborghini developed a vehicle for the Saudi military. Codenamed Cheetah, it had limited success compared to the US Hummer, but in the 1980s the project was resurrected and became the civilian luxury SUV, the LM002.

It was hardly luxury by today’s standards, but it was unique at the time, when you realise that it had the V12 engine from the iconic Countach under its massive bonnet. It was a performance SUV but, more importantly, it had presence, lots of it.

So an SUV is not new to the Sant’Agata Bolognese company, but since the LM002 it has focused on high-performance sports cars — until now, because this week it unveiled what it is calling a super sport utility vehicle.

Lamborghini to return to SUV market

The Urus will be Lamborghini’s second SUV after the distinctive LM002 of the 1980s
Cars, Bikes & Boats
2 years ago

We were at the reveal for the Urus that Lamborghini CEO Stefano Domenicali says should see the company’s sales double in 2019. The new Urus production line is one of the most advanced automotive facilities of its kind, referred to as an example of Industry 4.0.

Ironically, though, production line robots were used to hold and move around the electronic event display screens at the presentation. It was impressive, until one went on strike, in front of Italian Prime Minister Paolo Gentiloni, no less. Embarrassing, but it was not about the special effects and the robots.

Why you would want to do that kind of speed in an SUV we are not sure, but Lambo has put a massive amount of engineering resource into making this more than just a fast SUV, including the biggest brakes of any vehicle that can stop the Urus from 100km/h in just 33.7m, impressive for a vehicle weighing 2,200kg.

The Urus is the latest product of Volkswagen’s MLB Evo platform that has spawned the Audi Q7 and Bentley Bentayga. But this is the most extreme use of the platform in engineering and performance terms.

It features the "design DNA of Lamborghini with strong influence of LM002", says Mitja Borkert, Lamborghini’s head of design. There are other elements too, such as the Countach-inspired lines in the bonnet and the creases below the rear C-pillar similar to those on the Asterion concept. The triangles in the side of the front fenders mimic those on the LM002, while the wheel arches have clear Countach influence too.

But Borkert readily admits that there are compromises.

"Sometimes you have to compromise. You have to have the big picture," he told us, referring to the rather odd rear passenger door handles. He and his team tried to place them elsewhere, but the engineering of the platform forced their hand.

Less obvious is the platform influence inside the vehicle — in fact, you would be hard pressed to see any similarities with other models. Instead, Borkert and his team have stayed true to the Lambo design philosophy that you should "feel like a pilot" when sitting in the front seats.

The interior has that real fighter cockpit feel together with plenty of luxury and tech
Image: Lamborghini

They have blended Italian luxury with the latest technology, so you get the digital instrument cluster and two touchscreens in the centre console, one for infotainment and the other for things such as climate control and seat adjustment.

You also get the Tamburo, a word meaning drum. This dominates the space between the driver and passenger, with the hidden start button flanked by driving mode controls. These provide settings for performance modes and for changes in surface conditions. Lambo is insistent this is a true on and off-roader. There is also an "Ego" button, which allows you to save your own personal settings.

The Urus "needed to be dynamic on the track but also as capable on gravel, like a rally car and to be able to surf dunes and drive on snow and ice", says Maurizio Reggiani, head of research and development.

There are also new features for Lamborghini. The Urus has rear-wheel steering which Reggiani says can make the car feel "as if the wheelbase can be dramatically shortened". There is a new central Torsen differential which shifts up to 60% of the torque to the rear wheels in normal mode and can send 70% to the front or 87% to the rear depending on the conditions it senses below the Pirelli tyres.

This is the first SUV to feature wheel sizes up to 23 inches. It is the first Lambo with an automatic transmission, an eight-speeder. There’s a new five-link rear suspension setup, although it has been adapted from that used on the Audi SQ7 and Porsche Cayenne.

When the Urus arrives in SA in late 2018 it will have a price tag of R3,767,700. The order books are open. It is unclear who will fulfil those orders, though, because Lamborghini is still to appoint a new SA distributor with the contract with Imperial Automotive ending.

Domenicali is confident the Urus will deliver on the business requirement to double sales, but there is more competition coming down the line.

Rolls-Royce is finalising its Cullinan, Ferrari is working on its own super sporty SUV and Aston Martin is working on the DBX. If you think they all seem extravagant in a market that is supposed to be downsizing, fear not, because the Urus, like many of its rivals, has been engineered for future technology including a plug-in hybrid system.

It seems everyone is running with the bulls.

Alfa Romeo: The alpha leading the 'design' pack with their latest SUV

Alfa Romeo has launched its foray into the premium SUV fold, the Stelvio
Cars, Bikes & Boats
2 years ago