Audi seems to have taken a more GT like avenue this time around, writes Lerato Matebese 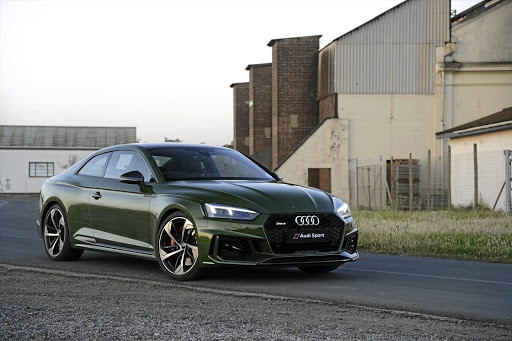 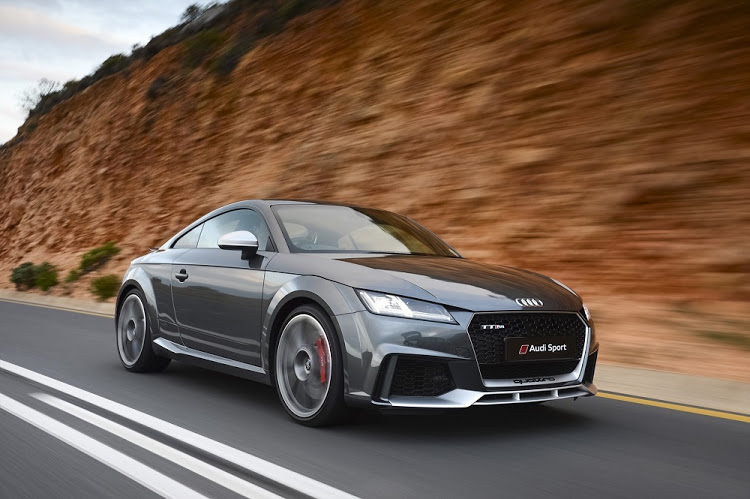 The battle lines have been drawn as Audi SA earlier this week threw its hat in the ring in the form of the RS5 coupe, which firmly has in its crosshairs the BMW M4 and the Mercedes-AMG C63. It is the battle of the titans.

Stylistically, the new RS5 has significantly toned down the muscular, beefy looks of its predecessor in favour of a more subtle yet sporty demeanour.

Depending on how you like your performance vehicles to look, Audi seems to have taken a more GT like avenue this time around, although it still has RS visual cues such as the gloss black, honeycomb grille, a deeper font valance, wider side skirts and an oval tailpipe on each corner of the rear valance flanking the gloss black diffuser.

The covers are off Audi’s design-oriented, second-generation A7, writes Michael Taylor
Cars, Bikes & Boats
2 years ago

The cabin has all the RS smatterings including quilted sports leather pews, perforated leather-bound steering wheel, aluminium pedals and carbon fibre trimmings. Overall, it is a more business-like setup, something we lauded in the regular A5 models and it is one of the best cabins in the segment.

Being the RS, performance is a key element. Gone is the previous model’s chesty, high-revving, normally aspirated 4.2l V8 and in its place is a new 2.9l V6 twin-turbo engine.

Yes, the downsizing phenomenon has also been adopted by Audi in the RS5 and while it has two less cylinders than its predecessor, it nonetheless has the same 331kW output. The big difference, however, is the new model’s torque figure of 600Nm, which is 170Nm more than the outgoing model. This, according to the company, has allowed the new model to sprint from rest to 100km/h in 3.9 seconds and top out at 250km/h, although the latter figure can be optionally raised to 280km/h.

As with all RS models, power is sent to all four wheels through the quattro system, which in this instance is allied to an eight-speed tiptronic gearbox instead of the previous model’s twin-clutch S-tronic transmission.

The move to a more conventional gearbox should not put you off as these ZF boxes have become dextral things in recent times. This is no exception in the RS5, which shoots through each gear in rapid succession.

Power is more than adequate as we found out at the model’s launch in the Western Cape as the RS5 has mounds of mid-range torque to pull you out of corners as we discovered on a gymkhana set up at an airfield.

There seems to be more agility from the new model, thanks to a lighter engine up front and the more rear-biased quattro system, which we first experienced in the RS3 sedan. However, it is out on the road on the sweeping bends of a mountain pass where the model truly comes into its own. Gone is the heavy nose that plagued the previous model, which resulted in terminal understeer should you press on in tighter corners.

The new V6 engine might have lost the soul-stirring exhaust note of its predecessor, but I will stop short of saying that it is demure. It makes all the right noises once the exhausts flaps are wide open, but it is the rich torque at your disposal that truly makes this one a consummate, long distance GT rather than an outright performance coupe.

It shares a similar disposition with the AMG C63 coupe, which makes them both perhaps the more agreeable choices for most people. For the purist, however, the M4, particularly in Competition Pack is peerless in this company.

The power of quattro: how Audi’s powerful technology evolved with time

SPONSORED | The technology is fitted in the high-performance R8 and RS models in the Audi Sport range
Cars, Bikes & Boats
2 years ago

Coming up with a replacement for the current 911 is no mean feat. But replace it Porsche must and these are the first renderings of the next ...
Cars, Bikes & Boats
2 years ago

Honda’s Urban EV Concept hatchback should just be built as is, as it looks like the coolest hatchback since the Mark I Volkswagen Golf
Cars, Bikes & Boats
2 years ago

Eroica South Africa takes us back to the golden age of ...

Cool, classic cars: what is driving the vintage car ...