The Cayenne: Porsche's stroke of genius

Words: Michael Taylor
Porsche hasn’t chosen to make any radical changes to the design of the latest Cayenne
Image: Supplied

The Cayenne has gone from being the horrid truck that bastardised Porsche to the stroke of genius that saved the 911. That’s how critical it is to Porsche, second only to the Macan in volumes and the third generation won’t be different.

When it comes to SA in the middle of 2018, it might not actually start out with the diesel that’s by far the biggest seller. The plan is to arrive with three petrol powerplants, beginning with the stock Cayenne, which has taken the biggest step forward of the three versions we sampled at the launch in Crete.

Motor News was at the reveal of the new Porsche Cayenne in Stuttgart
Cars, Bikes & Boats
2 years ago

The flagship (for now) is the mighty Turbo, hissing and bellowing its way to 404kW of power and 770Nm of torque. It’s easily the fastest Cayenne, too, with the Chrono pack helping it to slip to 100km/h in 3.9 seconds (or 4.1 seconds without it) and a 286km/h top speed.

It’s the heaviest of the trio, at 2,175kg, a 10kg improvement over the old Turbo. When you remove the 6.7kg Porsche claims a crankshaft manufacturing technique saved it, the firm only found 3.3kg in the rest of the car, or 0.15% of its total weight. And that, Porsche, is not trying hard enough, even if it’s 63mm longer and 23mm wider.

Besides being the quickest, it’s also the Cayenne with the shiny toys, including an active rear spoiler that deploys above 160km/h and ranges through five positions, the most dramatic of which is an air brake that flips up at 28.2°, but does its most important work adjusting the centre of aerodynamic pressure under hard braking.

But it’s not the best Cayenne, and Turbo buyers will pay a price for paying the price.

Its handling is predictable, but it lacks the sweetness and cheerfully unflappable nature of the Cayenne S. Its engine, surprisingly, feels coarser and less happy about dancing its way into higher revs as well.

So the Cayenne S is the range’s sweet spot, with its 324kW/550Nm Porsche-developed 2.9l, twin-turbo V6 having 155 fewer kilos than the Turbo to launch up the road and out of corners. It’s 65kg lighter than its predecessor, spec for spec, even though it carries more equipment, more technology and more comfort than before.

The Audi origins of plenty of its key stuff are unmistakable thanks to Porsche’s Ingolstadt sibling taking the engineering lead for the Cayenne’s MLB Evo large vehicle architecture.

What makes the Cayenne S the special one is the way it does so much more than the Turbo, with less. Its fewer cylinders break with V6 convention by delivering a song that’s not just smooth, but sweet and enthusiastic for revs, in a way the brutal biturbo V8 just isn’t.

It’s a composed powertrain in every situation. It’s smooth and clean at idle, starting with a gruff bellow and settling into a satin rhythm that belies its relationship to the slightly coarser, flatter 3.0l V6. Beyond there, it’s all torque for a while, with its 550Nm arriving at only 1.800r/min on full throttle, then staying on point until 5,500. The power peak arrives at 5,700 and it’s still there at 6,600, so Porsche has given the Cayenne S 4,800 revs of pure potency.

Its strivings are spotlighted by an eight-speed automatic transmission so effective that, in reality, it turns the wheel-mounted paddle shifters into exquisite alloy sculptures to idly caress in quieter moments. First gear is lower than before and it’s effectively a six-speed transmission with two cruising gears tacked on for fuel economy and reduced cabin noise.

The car’s default Comfort mode gives it longer, unfelt shifts, while its Sport mode hurries them through and makes you feel them more, but not in an uncomfortable way. It’s so good at picking the right gear for each corner that you soon stop bothering about doing it yourself.

The downside is that its throttle response is so much sharper and its shifts so much crisper that, at light throttle around town, it can feel jerky with rougher changes, and you won’t be able to smooth them out on the throttle. It’s a real Sport mode that works at its best with plenty of energy being pushed through the car, especially because it also stiffens the air suspension system.

The Chrono package allows brief overboosting, delivers launch control and has tauter throttle response. It also adds both a customisable Individual mode and a Sport+ mode, which is where things really get wicked. The throttle response tightens up again, ratchets the suspension to an even firmer level and bangs through the gear changes with a crack that you feel through the fixed headrest.

Do you gain from it? Well, no. Perhaps it would help the SUV perform better on a track but in the real world the Cayenne needs the extra initial suspension compliance of the softer Sport mode to deliver its best between the end of its braking and the start of its acceleration.

What it does exceptionally well, though, is demonstrate the breadth of the three-chamber air suspension, which effortlessly spans the conflicting worlds of comfort and all-out attack. Steel springs and conventional dampers are stock items on the Cayenne S in Europe, but Porsche didn’t fit a single Cayenne with them for the launch and Porsche SA says it has yet to confirm final specifications for local models.

The air suspension’s body control is exemplary and its response times are far faster than the clunkier, rather stepping feel of earlier systems. The job of controlling the body is now managed by one computer, which governs the efforts of the air suspension parts and the 48V active antiroll bar.

While the steering weighting (and the wheel itself) is perfect, the steering feedback levels display the architecture’s Audi origins by being flat and stubbornly even, regardless of the road surface or the stress of front tyres. But the chassis balance, suspension feedback and throttle response are all so good it scarcely matters.

It eases through rough urban conditions calmly and the cabin is as quiet as most of the Republican Senators who disagree with President Trump. The seats are brilliant, in the front and (for two people, anyway) in the rear. They’re supportive and leave you fresh after hundreds of difficult kilometres on rough roads.

The genius of the chassis can be seen most clearly over roads that are heavily crowned and erratically chewed and lumped.

Most quick machinery would prefer sticking to the middle to save their decorum, but the Cayenne S is just as fast and comfortable taking the best line for the corner and ignoring the road surface. It also stops stupendously well, thanks in part to 10-piston front callipers, but also to its new tungsten carbide-coated brake discs that are harder wearing, more fade resistant and generate less brake dust.

The interior is a step in the right direction for Porsche, with far fewer buttons and a huge touchscreen infotainment system that takes its lead from smartphone gestures like swiping and pinching.

Much of the interior comes from the latest Panamera
Image: Supplied

The driving position is perfect, with Porsche’s near-vertical steering wheel philosophy translated into SUV-speak, though it’s slightly hampered by the grab handle on the centre console being useless for the driver and in the way, and the hole to attach the visor to its hook is so strangely large that it lets the sun shine through it.

While Porsche insists there will never be a seven-seat Cayenne, the rear seat can move by up to 160mm and the backrests adjust across an 18° range.

Porsche insists it’s a good off-roader, but we only had an off-road course we could have comfortably traversed in a Camry. Still, it has an array of off-road modes, accessed by a touch-sensitive bit of the console, and it pushes up the ride height and changes the way it generates grip.

While it wasn’t enough off-roading to get any real idea of its abilities, it was enough to get it dirty, which is more than most Cayennes will need to endure. 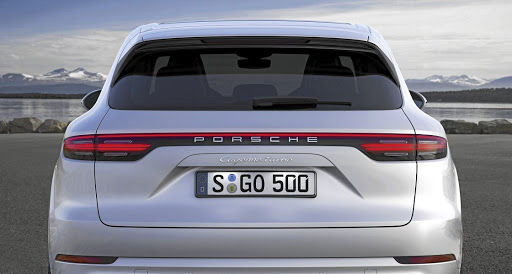 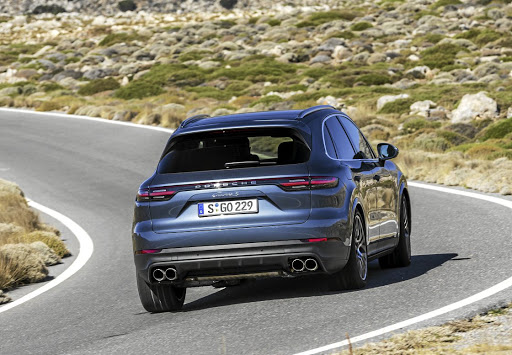 Sweden aiming to lead the pace with Volvo’s XC40

Volvo’s XC40 will bring style and new tech to the small crossover fight in 2018
Cars, Bikes & Boats
2 years ago