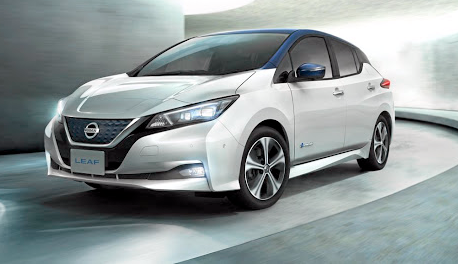 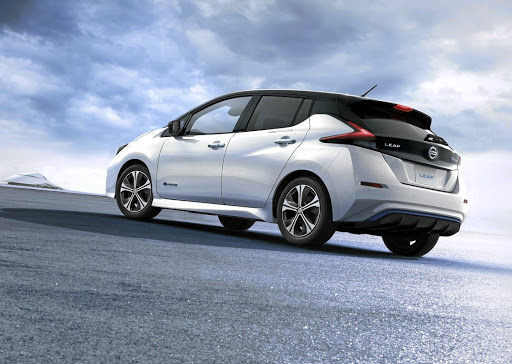 Six years ago when Nissan introduced its first-generation electrically-powered Leaf it was considered something of an intriguing novelty. It’s testament to how much and how fast the auto industry has changed that the second-generation Leaf that we saw revealed in Japan is now considered a potential core component of the brand.

You need to pinch yourself to appreciate the extent of the change. The first-generation Leaf may be the best-selling electric car on the road, but little over 300,000 cars have been sold, less than a hundredth of Nissan’s total production.

Yet at the reveal, Nissan CEO Hiroto Saikawa said that while the current Leaf was the electric vehicle (EV) pioneer, "the new Leaf has the potential to become the core of the company".

The move to centrepiece encompasses a list of changes from design to new electronic gizmos to specification. Power is up in a big way — the 80kW motor has been increased to 110kW, and the original 24kWh lithium-ion battery is 40kWh.

The bubble design of the first generation intended to highlight the car’s new-age battery-powered drive-train has been jettisoned for zippy modernity that looks fresh but understated.

The new car is packed with electronic bells and whistles beyond battery propulsion, which Nissan categorises collectively as "intelligent mobility". These changes are becoming increasingly important because the industry’s fringe electric car category is on the verge of becoming very competitive.

Nissan has given its Fairlady, the 370Z sports coupe yet another refresh
Cars, Bikes & Boats
3 years ago

Years ago, Ernest Hemingway was asked how you go bankrupt. "Slowly at first, and then very quickly," he replied. Something similar is visible in the electric car revolution, currently less than 3% of global sales but which may be approaching a tipping point.

The issues that have retarded the popularisation of the electric car, like range anxiety, are slipping over the horizon. The basic proposition of the first-generation Leaf in 2011 had a range of 160km by Nissan’s count, much less according to the US Environmental Protection Agency (depending on whether you have the heater on, it turns out).

The new generation has a claimed single-charge range of 400km. That’s a thumping increase, so much so that product planners at the launch event in Tokyo seemed hesitant about whether in most contexts a larger range would even be necessary. More than 90% of daily car usage is substantially below that level. An even longer-range Leaf will be offered in the near future, but the engineering problem is one of weight. The higher range comes at the price of a denser battery and therefore a heavier car.

The interior is conservative to make potential owners more familiar with it
Image: Nissan

The second-generation Leaf has a kerb weight of a little over 1,500kg, surprisingly close to the original version which says something about how much more efficient batteries are becoming. But that’s still about 250kg more than the average compact car.

Cost remains challenging too, but also may be a declining problem. Car makers won’t say whether their existing electric cars are profitable at current price points — most analysts assume they are not and won’t be until about 2026. Yet Nissan is introducing the new Leaf at the same price as its predecessor, about $30,000, suggesting margin pressure is easing.

The price and range of the new Leaf are important indicators in another sense too: they compare well to the big elephant out there, the Tesla Model 3, which has started production.

It’s hard to miss how irked Nissan executives are about Tesla. They do however emphasise without naming names who has sold the most electric cars in the world (they have) and who started seriously producing electric cars first (they did).

It is apparent too that the standard model Leaf will marginally outperform the standard model Tesla Model 3 in range and price. General Motors also has an EV, the Bolt, with similar performance and price, rolling off production lines. With almost every other car maker rushing to produce EVs, the market is about to get really competitive.

Nissan does still have a problem with Tesla. There is no denying the rock-star status of Tesla CEO Elon Musk and the dramatic changes in product innovation that the Tesla range has brought to consumer expectations. In a sense, Nissan and Tesla have arrived at the same place from different directions.

Nissan has introduced the electric car concept, building from the bottom, thinking essentially of a commuter convenience car with a tech-trendy buzz. Tesla came at it from the top down, introducing an expensive sports car, then a sedan and now the Model 3.

Now the two car makers are head-to-head in the five-seater, compact hatch category and they also face competition from new entrants like the BMW i5 revealed in Frankfurt this week and others.

Honda’s Urban EV Concept hatchback should just be built as is, as it looks like the coolest hatchback since the Mark I Volkswagen Golf
Cars, Bikes & Boats
3 years ago

In some ways, Tesla might be winning the race for the headlines, even though the technology race is actually more evenly balanced than it might seem.

First, there is ProPilot, a sophisticated set of driver assistance and autonomous driving systems which offers following-distance controls, mitigation of "cutting in" problems and which helps drivers stay in their lane.

There is also an auto-parking system called ProPilot Park, although it seems to be reliant on accurate road markings.

The big technical innovation is called e-Pedal which allows the driver to control the car using a single pedal. You accelerate normally, but braking is initiated by lifting your foot off the accelerator and it’s possible to stop the car using the accelerator pedal alone. The system is designed to make driving an easier and safer experience and will be useful in traffic jams.

One big problem with electric cars remains charging, mainly because it’s hard to beat the five-minute refuelling typical of a petrol or diesel-engine car.

The new Leaf has two plug-in points, one for normal power and one for rapid charging. The first-generation Leaf took seven hours to charge from zero to full on a 6kW plug-point, and the new version takes about an hour longer for 40% more output.

Do the maths. It’s obvious the new batteries are more efficient per kilometre travelled, but only a hyped EV fanatic would not recognise that even the new generation is not exactly a convenience breakthrough.

Quick-charging from "alert" to 80% takes about 40 minutes, but then you need a quick-charging station. Car makers are frantically installing them and pleading for government help to do so to offset the expense of launching the new technology.

In Japan there are now more EV chargers than petrol stations, although it’s not an apples-with-apples comparison because it takes longer to charge an EV.

The upside is that it is cheap. Even using comparatively expensive Eskom power, the cost-per-kilometre of electric cars is typically half of a Toyota Prius and a third of a comparable petrol engine car.

Put this all in a bag and shake it about and what you have is a tipping point looming. Nissan has been monitoring customer feedback on the first-generation Leaf and that has been excellent, which is partly why the Leaf is being positioned at the centre of the range.

The cars are turning out to be cheap to run, reliable and early problems are disappearing. Depending on how the electricity is produced, they can be environmentally friendly.

The long-term consequences of electric cars that drive themselves makes your mind boggle; will we be sending our cars home to park rather than going around the block for hours? Will we co-own cars? Will we share cars with others?

The new Leaf will be sold in 60 markets worldwide, starting with Japan in October. It will most probably be available in SA late in 2018.

The new Bentley Bentayga Hybrid is a clean, green ...

Exciting road ahead: The new luxury cars to look out ...

E-bike revolution: Why you should consider e-biking as ...

Just grand: Excellence is a starting point for BMW’s 7 ...

Travel smartly and safely in the future city

BMW Motorrad is scooting into the electric future

Don’t believe all the hype about the future of cars - ...

Cars, Bikes & Boats
© Wanted 2021 - If you would like to reproduce this article please email us.
X