When Porsche announced it was going to build an SUV, many were shocked. Some thought the famous Stuttgart car maker had gone a bit crazy and that it should stick to building great sports cars, or the occasional GT, but an SUV, no way. Leave that sort of thing to Land Rover, Mercedes or even BMW.

The problem is that Land Rover, Mercedes and BMW were already enjoying success with their SUV models back in the early 2000s and Porsche looked at the Discovery, M-Class and X5 and decided it wanted to jump on the bandwagon. The decision was right, of course, because when the Cayenne went on sale in 2002 the SUV market was already starting to shoot upwards.

In 2016, Porsche sold 166,509 Cayenne and Macan models around the world. To give you an idea of how important its SUV sales have become, it sold 71,475 derivatives of everything else it sells, namely the 718 Boxster and Cayman, Panamera and, of course, the iconic 911. Porsche says the DNA of the 911 is in every SUV it makes, but the reality is when it comes to the sales figures, Porsche has become an SUV company that happens to make really good sports cars too.

The majority of its SUV sales have been the Macan, but the Cayenne in its current generation has been around since 2011 so it is perhaps not surprising that its younger, fitter sibling has been outclassing it on the pitch. It’s time for a new Cayenne.

And here it is. Some 760,000 units have been sold since it was introduced in 2002 — and now the third generation of the Cayenne was revealed this month at the world premiere event at the Porsche Museum in Stuttgart and it will hit the South African market in June 2018.

It is the latest model to be born from the Volkswagen Group’s MLB Evo platform, which has already produced the new Audi Q7 and Bentley Bentayga. It will also be the basis of the new VW Touareg, the car probably most closely associated to the Cayenne. 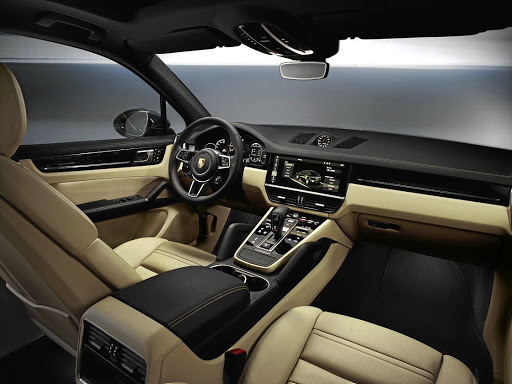 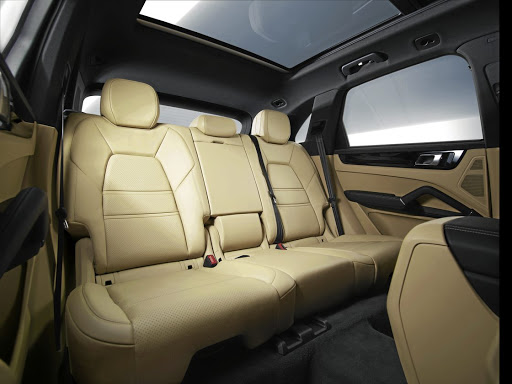 The new model does feature the latest Porsche design cues, but the changes definitely follow more of an evolutionary strategy. Up front there are larger air intakes, a new bonnet and new headlights. The headlights themselves will be available in three different types — standard are LED headlights, but there is the option of the Porsche Dynamic Light System (PDLS) or PDLS Plus, which includes the same type of Matrix LED lighting that first debuted over at Audi.

The Cayenne has grown 63mm in length to 4,918mm, but the wheelbase remains the same as the outgoing model at 2,895mm while the roof is 10mm lower. Much of the extra length has gone into the boot space, which increases by 100l to provide 770l capacity. In spite of the extra length and the fact the new Cayenne will have considerably more equipment, the model weighs 65kg less than its predecessor, helped by an outer skin made of aluminium.

The rear most clearly shows design cues from other models, where there are new LED lights including a light strip that runs across the width of the boot, the same as that on the latest 911 and Panamera models.

Not surprisingly it will have active all-wheel drive, but it will also be available with the Porsche 4D Chassis Control that debuted on the latest Panamera, a multichamber air-suspension system and Porsche Dynamic Chassis Control (PDCC).

Initially there will only be two models and those eagerly awaiting the Turbo, GTS or plug-in hybrid versions will have to wait a little longer. The regular Cayenne will be a 3.0l turbo pushing out just over 250kW and 450Nm. Porsche is claiming a 0-100km/h time of 6.2 seconds for the model as well as a top end of 245km/h.

The second model will be the Cayenne S with a 2.9l twin-turbo V6 generating about 328kW, 550Nm of torque and a claimed 0-100km/h time of 5.2 seconds. Add the Sport Chrono package to it and Porsche says it will break the five-second barrier and hit 100 in 4.9 seconds.

You will notice there is no mention of a diesel model at this stage, which is not surprising given the diesel issues within the Volkswagen Group, but the company has said it is committed to diesels so we expect one to be added eventually.

All models will feature a new version of the eight-speed Tiptronic S gearbox and Porsche is claiming shorter response times and shorter ratios for on and off-road performance. If you are one of the few who ventures off-road in their Cayenne, there will be the choice of mud, gravel, sand or rock settings and Porsche Traction Management which comes into play on-road.

Those who do go off the beaten track will also have the use of an app to record their off-road trips and give hints to improve their off-road driving. It is one example of the technology in the car which CEO of Porsche AG, Oliver Blume, says is now fully "digitised and networked".

Much of that digitisation is in the interior, where there is clear evidence of a link to the new design that debuted in the latest Panamera. There is a 12.3 inch high-definition touchscreen as well as a centre console with a glass panel containing haptic buttons that provide real feedback to the touch. There is also a new generation of voice control, including the ability to adjust the ventilation controls by speech.

Other new items include the first Porsche Surface Coated Brake with a tungsten-carbide layer, a high performance braking system that will be available as an option. The company says that this technology increases friction while reducing both brake dust and wear.

No launch of a new model would be complete without some mention of a level of autonomous ability and the new Cayenne is no exception. Blume says it will be capable of semi-autonomous driving in stop/ start traffic which will suit all those urban Cayenne owners.

The Cayenne has been hugely popular in SA, in fact we reckon there are probably more Cayennes per square metre in Sandton than anywhere else in the world. With the reveal of the new one, that totally unscientific statistic looks set to continue.

Mark Smyth put the latest 911 GTS to the test and wonders just how Porsche does it
Cars, Bikes & Boats
3 years ago

Globetrotting photographers Desmond Louw and Antonia Heil share their portraits of characters and their cars
Cars, Bikes & Boats
3 years ago