Three highlights from Martin Scorsese’s World Cinema Project, which has been responsible for preserving and restoring hundreds of cinematic masterpieces 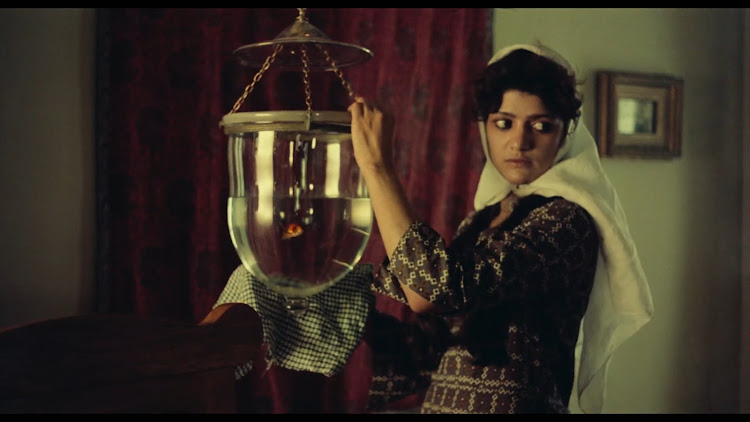 Chess of the Wind.
Image: Supplied

Acclaimed US director Martin Scorsese is a self-proclaimed film geek whose encyclopedic knowledge of movies is evident whenever he’s given the opportunity to talk about what he loves most — movies from around the world, spanning a wide variety of genres and from all periods of cinema history.

Scorsese is also the narrator of two of the best general documentaries about the movies. A Personal Journey with Martin Scorsese Through American Movies and the equally excellent My Voyage to Italy, made in 1996, which documents his love of Italian cinema.

Scorsese is also a champion of the importance of preserving and restoring classics through his World Cinema Project, which has been responsible for ensuring that hundreds of masterpieces of cinema history are kept for posterity are also able to be seen by new audiences.

Thanks to Mubi, a selection of films from the Scorsese’s project are available to watch over the coming months. Here are three highlights.

Cannes can and does

Med Hondo, the Mauritanian-born director and African cinematic maverick’s debut was released in 1967, seven years after the country achieved independence from France. It was partly based on Hondo’s own experiences in France after he left his homeland in 1959 and found himself able to work menial jobs thanks to the blatant racism of the French towards immigrants from their former colonies.

The film weaves a series of angry, darkly funny incidents in the life of its Mauritanian immigrant protagonist to offer a searing critique of racism and colonial hubris. There’s a freewheeling, experimental mashing up of styles and genres that reflects Hondo’s varied influences and interests, but also gives the film an urgent, righteous energy that fits the tumultuous political times of the world in the late 1960s.

It also offers plenty of commentary on the legacy of colonialism and the insidious racism that still abounds. Oh Sun continues to be hailed as a masterpiece of revolutionary, political cinema and an expression of the black consciousness movement. It continues to influence further explorations of the exploitive relationship between Africa and the rest of the world. Most recently, in 2019, it served as the inspiration for Zimbabwean artist Kudzanai Chiurai’s work We Live in Silence.

Chess of the Wind — Mubi.com

A perfect candidate for restoration is this 1976 lush masterpiece by Iranian director Mohammed Rezla Aslani. Its backstory makes it one of those long-lost films thought never to be seen again but somehow preserved and now available again.

Aslani’s evocative, beautifully filmed melodrama is a mystery set on an opulent estate in Iran in the early 20th century. After a handful of screenings in the politically turbulent years leading up to the Iranian revolution it was promptly banned by Iran’s Islamic fundamentalist regime in 1979 for its portrayal of decadence, wealth and the depiction of the sexual desires and exploits of its characters,

Though the brilliance of the film drew acclaim from cineastes in Iran and the rest of the world, it was thought to have been lost to the tumult of history until a negative was discovered by the director’s children in a junk store in 2014. It was restored and given a festival and arthouse circuit release in 2020 and it now stands proudly as a delicate, elegant and evocative period film full of tension and ennui.

Pixote: The Law of the Weakest — Mubi.com

When it comes to cinema of social conscience, few examples hit as hard and with as emotion as Hector Babenco’s 1980 drama about the lives of Brazilian street children. Starring Fernando Ramos da Silva, a former street child turned actor, as the titular pixote (small child), it’s a heartbreaking and bleak tale about of the tragic lives of a group of homeless youths.

After escaping the deplorable conditions of a hellish juvenile reformatory they soon find themselves in even more danger on the streets of Sao Paulo as pawns in the criminal enterprises of both criminals and the police. The film offers no easy solution or escape and it was hailed in Brazil as a powerful denunciation of the country’s failure to address the problems of its three million street children.

Da Silva enjoyed a few years of television success after the release of the film, but he struggled to reconcile his celebrity with the harsh realities of the life from which it had seemed to save him. He eventually he returned to the streets and was gunned down at the age of 19 by police officers who claimed he had been resisting arrest.

These three movies will have you asking why we still bother with the rat race
Art & Design
5 months ago
Next Article
© Wanted 2022 - If you would like to reproduce this article please email us.