Cannes can and does 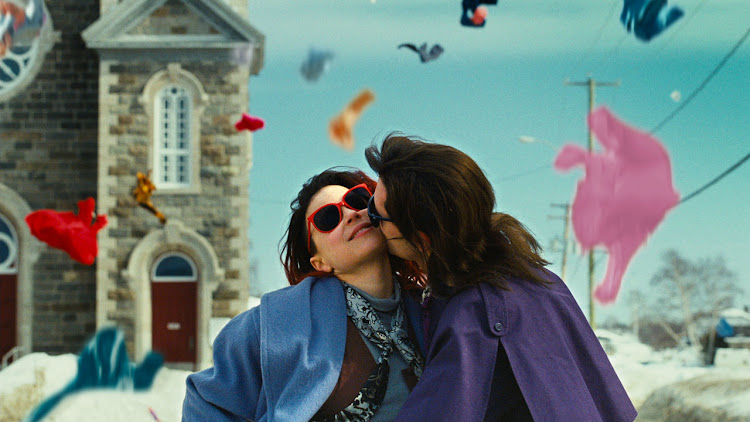 As Cannes prepares to celebrate the 75th anniversary of its pre-eminent film festival on the French Riveira from May 17-28 — with everyone whose anyone in the film world in tow — here are a selection of three previous Cannes favourites that offer a diverse portrait of the changing face of cinema through the ages. Thanks to the good people at Mubi.com’s Focus on Cannes selection, they’re all available in one convenient place.

French maverick Oliver Assayas won a best director award in 2016 for his  Personal Shopper drama starring Kristen Stewart, but he’s been a regular fixture at Cannes for decades. This year he’s not competing in the main programme but he will debuting Irma Vep, his TV series version of the French silent film classic Les Vampires, starring Alicia Vikander.

The original remake of the movie featured Assayas’ then wife, the beautiful, enigmatic Hong Kong action star Maggie Cheung as a fictional version of herself cast in a problem-plagued remake of the silent-era classic Les Vampires about a Tin-Tin style intrepid reporter and his friend who must battle a secret organisation of criminals — the vampires of the title.

If that sets off some postmodernism alarm bells, fear not because even with its multi-format, film-within-a-film genre it remains a quick, sharp satire of the inherent egotistical obstacles of the filmmaking process and an energetic love letter to the medium.

That’s thanks to Assayas’ assured handling of all the potentially chaotic elements and a breathtakingly engaging performance from Cheung that help create one of cinema’s most intelligent and freewheelingly chaotic films about filmmaking.

Whether it translates as well to a longer, episodic format we’ll have to wait and see, but you can be sure that those thronging to the Cannes screening of the TV series version will be quick to let us know.

Winner of the Grand Prix in 1980, the precursor to the Palme d’Or, for My American Uncle and a lifetime achievement award in 2009, French New Wave legend Alain Resnais was warmly embraced by Cannes for most of his varied and boundary pushing career.

Perhaps no film most illustrates Resnais’ genius at matching deep philosophical contemplation to formal innovation as much as this 1959 classic about the affair between a French actress who, while filming an anti-war film in the site of the 1945 atomic bomb explosion, has an affair with a married Japanese architect.

The film — made in collaboration with French novelist Marguerite Duras who was nominated for a Best Original Screenplay Oscar for her work — centres on lengthy discussions between the lovers about their previous loves and romances and their fears for the future of humanity in a post-Hiroshima world. It earned Resnais the International Film Critics (FIPRESCI) prize at the 1959 Cannes Festival and is still considered a classic for its visually powerful, quietly devastating and depressingly too eternal meditations on the nature of love and war, and possibility of the annihilation of humanity.

French-Canadian director and queer cinema groundbreaker Xavier Dolan is a perennial Cannes favourite and festival superstar ever since he exploded on the international art house scene with his provocative debut in 2009, I Killed My Mother — made when he was just 20-years old.

This 2012 drama earned him the Queer Palm award and a coveted Un Certain Regard award for best actress for Canadian actress and longtime collaborator Suzanne Clément. Dedicated, engaging and unflinchingly honest it’s the story of the decade-long journey of a couple and the challenges they face after the title character, Laurence, tells his girlfriend Fred in the 1990s that he wants to become a woman. The decision takes them on an often uncomfortable and disheartening journey on terrain of prejudice, phobia and misunderstanding.

Not always easy to watch and perhaps a little crammed with ideas over the course of 2½ hours, it’s nonetheless a singular piece of cinema by a director who will no doubt one day earn the Palme d’Or so many have been waiting for him to win.

Three famous historical figure films exploring the psychology of their characters as relatable people facing relatable challenges
Art & Design
6 months ago
Next Article
© Wanted 2022 - If you would like to reproduce this article please email us.