Trophy homes back in vogue 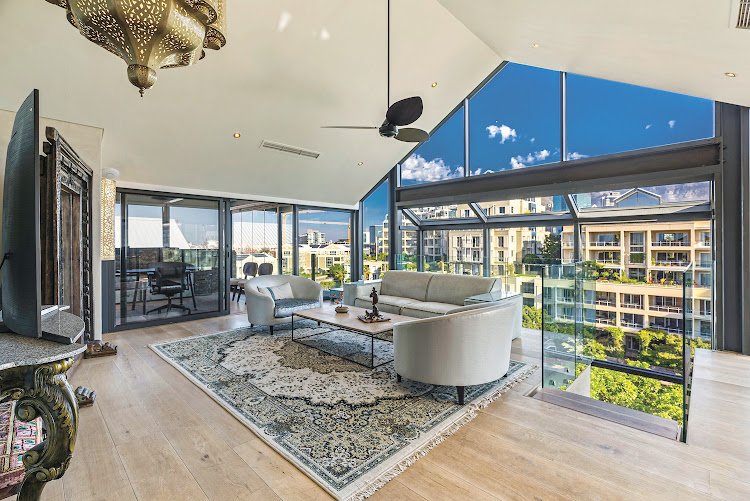 Estate agents have reported a noticeable uptick in demand for big-ticket houses and luxe penthouses in recent months, with sales in the R20-million-plus bracket reaching multi-year highs.

Seeff Property Group chair Samuel Seeff says an unexpected resurgence in the top end helped the group achieve a 36% year-on-year increase in sales in 2021 — its highest annual turnover in its 57-year history. There’s been an equally strong demand for luxury properties. Seeff notes that, over the past 12 months, close to 100 residential sales with price tags exceeding R20-million were made by the group in Cape Town alone. Most of these sales were in Clifton, Camps Bay, Fresnaye, Bantry Bay, and the Victoria & Alfred (V&A) Waterfront.

He refers to Camps Bay in particular, saying sales are “on fire” with volumes now almost 50% ahead of those reached in 2017-2018 — the peak of Cape Town’s previous housing boom. In fact, late last year the group sold an eight-bedroom Camps Bay villa in exclusive Theresa Avenue for a cool R52-million, a new record for the suburb. The property, which went to a South African expat who lives in the UK and plans to retire in South Africa, comes with lavish features such as a private elevator and 10-seater home cinema. Spectacular ocean and mountain views are par for the course.

Getting back to nature is still a thing, as is getting that highly coveted second passport
Art & Design
1 month ago

Seeff ascribes the rebound on the Atlantic Seaboard to a pandemic-induced shift to areas that allow a more relaxed work-live-play lifestyle. He says international buyers are also back, seemingly spurred by the gradual lifting of travel restrictions and the receding threat of Covid-19.

Lock-up-and-go penthouses are particularly sought-after among foreigners. Seeff sold two uber-fancy penthouses at the V&A Waterfront last year for R55-million and R45-million respectively. These are the highest prices achieved at the marina since 2012. The R55-million penthouse, which occupies a prime spot in the Waterfront’s Pinmore building, was bought by a Swiss family as a holiday home, while the R45-million apartment in the Juliette building went to a German buyer.

Andrew Golding, chief executive of the Pam Golding Property Group, says sentiments among well-heeled buyers are on the mend now that the pandemic is viewed as less of a threat than two years ago. He believes the strength in the R10-million-plus bracket is fuelled by the remote-work trend, which has encouraged wealthy homeowners to upgrade to larger and better-equipped homes. 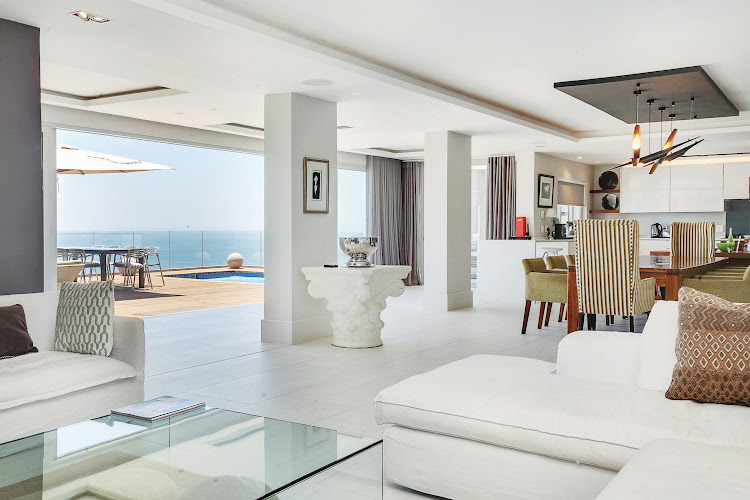 The Pam Golding Group has clinched a number of R70-million-plus sales in Cape Town’s leafy Constantia and Bishopscourt over the past 12 months. It recently also sold a penthouse at lifestyle estate Steyn City on the edge of Sandton’s Fourways for R33-million. The sale is believed to be the highest price achieved for a sectional-title property in Gauteng since 2019, when an apartment at Sandton skyscraper The Leonardo reportedly fetched R45-million.

The R33-million apartment is one of two penthouses up for grabs in the first phase of Steyn City’s new City Centre development, which on completion will consist of 700 apartments spread across 38 pedestrianised “villages”. The second penthouse, of nearly 440m2 on the fifth floor, with expansive views across the estate’s indigenous parkland and of the Joburg skyline, is still on the market for R33.6-million. Fully furnished by designers Silvio Rech and Lesley Carstens, it boasts a rooftop plunge pool, chef’s kitchen, private lift lobby, and glass-encaged garages.

The latest data from analytics group Lightstone shows that Cape Town is currently home to nine of the country’s 10 most expensive streets. Clifton’s Nettleton Road tops the list as the place to live among the super-wealthy, with average values at R29.7-million. Sandhurst’s Stewart Place, a stone’s throw from Sandton City, clocks in at second place with an average of R28.2-million. It’s the only Gauteng address in the top 10. Other contenders where buyers typically fork out at least R26-million for a residential address include Fresnaye’s Top Road, Llandudno’s Steens Way, and Bantry Bay’s Avenue Saint Leon.

A moment of bloom for the eco estate

With home buyers increasingly in search of “greener” pastures, a new generation of lifestyle communities is mushrooming across SA
Art & Design
2 months ago

While it’s one thing to rent a beautiful property, it’s quite another to own one, with myriad things to consider. David Untiedt of Perfect Hideaways ...
Art & Design
5 months ago