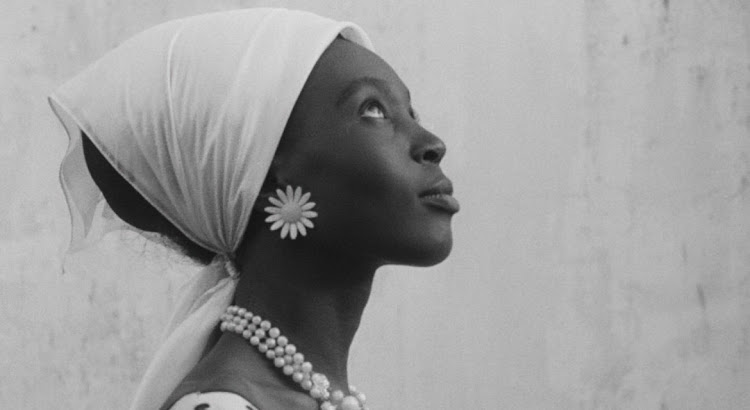 Three very different but unforgettable films made by three of Africa’s pioneering directors offer tender meditations on family and childhood; cutting satire of postcolonial corruption and warnings of the paternalism of former colonial powers towards their former territorial possessions. These are subjects that still ring true and serve as prime examples of the imaginative and visionary power of African cinema.

Chad’s first feature length film director Mahammat-Saleh Haroun has lived outside his homeland since he fled the civil wars of the 1980s for France, but all of his films have been set in Chad. With the recent release of his eighth feature film, Lingui, in 2021, Mubi is currently running a mini-festival on its site in celebration of his acclaimed and varied cinematic output.

Abouna, his second film from 2002, is perhaps his best-known work and demonstrates his keen ability to extract enviably natural performances from actors and weld the various elements of film together, to tell a touching, moving but unforced universal tale of brotherly love and absent fathers.

Scored by magical music from Malian guitar legend Ali Fouke Touré and featuring a memorably vivid palette of colours, it’s the story of two brothers who, when their father disappears without even the most cursory of goodbyes, take a journey through the country’s capital N’Djamena in search of signs of him.

In one particularly memorable scene that offers one of cinema’s most poignant commentaries on the power of the medium, they make a trip to the movies and, convinced that they’ve seen him onscreen, proceed to steal the film reel as a memento.

It’s an easily relatable film about childhood and family but it’s also a quietly complicated meditation on the state of Haroun’s beloved nation and the effects of long periods of war and unrest on the psyches and social fabric of its citizens.

Though he died far too young at the age of 53 in 1998, Senegalese actor, poet, musician and filmmaker Djibril Diop Mambety was one of the continent’s most celebrated and innovative directors, even if he only managed to complete two feature films and five shorts in his lifetime.

Hyenas, his second and final completed film from 1992, is based on The Visitors, a play by swiss writer Friederich Durrenmatt and reimagines the European work within an African context as a commentary on power, greed and corruption in the continent’s post-independence history.

That’s the simple, easy reading of the story and one that definitely hits home but Mambety’s envisioning of the story, setting and characters elevate it to its own heights of surreal strangeness and imagination.

Darkly comic, singularly intriguing and still relevant in its satire of the lengths that desperate people will go to kowtow to those with money, it remains a tragic testament to both the brilliance and unfulfilled promise of its creator.

Mambety always said that his targets were obvious — the IMF and the World Bank — and recent African history continues to depressingly show that three decades later, these institutions are still as worthy of criticism and caution as they ever were.

The diamond in the rough: Black Girl — Showmax

One of the godfathers of African cinema, Ousmane Sembene originally intended this, his first feature film from 1966 to be full-length but it ended up as a shorter 55-minute, biting and still memorable cautionary tale about racism and the long shadow of colonial attitudes to Africa in the supposedly heady days of post-colonialism.

Unlike several other Sembene films, this one takes place almost entirely in Europe, where a young Senegalese woman arrives in France to begin work as a maid for a glamorous, Africa-entranced white couple. There she’s soon exoticised and reduced to nothing more than the slave she might well have been a hundred years earlier.

Heartbreaking and razor sharp in its critique of French attitudes to the country’s former African colonies and their citizens in the post-independence period, it remains an essential and necessary work in both Sembene’s own career and the canon of African cinema, launching its director and becoming the first film made on the continent to make a significant impact in Europe and the US.

It also, ironically perhaps in the light of its international acclaim, served as a significant first step in Sembene’s commitment to creating a new art that would unshackle Africa from the expectations and requirements of its former colonisers — a project that he doggedly and successfully pursued for the remainder of his life and career.

Three films at the intersection of themes of love, sex, religion and death

In recognition of the long shadow that The Godfather has cast on the last half-century, here are a film, a series and a Coppola recut that continue ...
Art & Design
3 months ago

These films depict the uncertainty of existence under all forms of dictatorship both past and present
Art & Design
4 months ago
Next Article
© Wanted 2022 - If you would like to reproduce this article please email us.