Three films at the intersection of themes of love, sex, religion and death 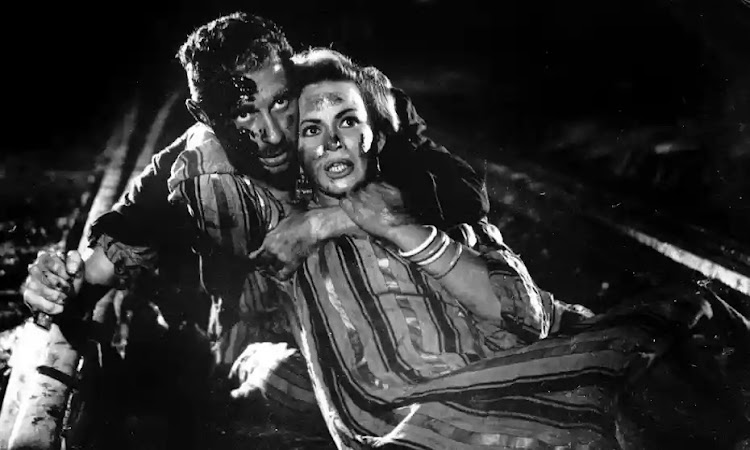 The art house essential: In the Realm of the Senses – Mubi.com

In 1936, during the height of the Imperial era in Japan, geisha Sada Abe was arrested and convicted of the murder of her lover, Kichizō Ishida, whom she had strangled to death and then cut off his penis and testicles and kept them, carrying them around her in her kimono.

Ōshima’s film focusses on what happened between the couple before that as they embark on a passionate, no-holds barred sadomasochist relationship that spits in the face of the accepted norms of the fast-changing, dangerously fascist society emerging beyond their bedroom walls. Performed with complete dedication and no simulation but rather full-on demonstration of its sexual acts by brilliant lead actors Eiko Matsuda (Sada) and Tatsuya Fuji (Ishida), it’s still one of the most honest and heartbreaking and devastating psychosexual tales ever put on screen and one of cinema’s most unforgettably provocative and moving creations.

The stone-cold classic: The Gospel According to St Matthew – Mubi.com

Italian director Pier Paolo Pasolini was a maverick in life as well as in the art he made during his turbulent and brilliantly burning 53 years on the planet. Controversial, defiant and ruthlessly anti-establishment, Pasolini shocked, outraged and laughed at the social expectations of the rigidly Catholic morality of Italian and broader old-world European society with gay abandon.

Perhaps no other film in his singular career is both as sensitively empathetic and quietly rebellious as this 1964 social realist retelling of the Christ story in which Jesus is reimagined as a Marxist revolutionary, working-class hero through the story recounted in the Gospel of St Matthew.

Using stark neorealistic frames, nonprofessional actors — including the director’s own mother — and an evocatively diverse soundtrack that features everything from rousing traditional religious music to blues and the haunting masses of the Congolese Misa Luba choir — Pasolini’s portrait of Jesus is both anti-establishment and reverential, still immortalising Christ but placing him within the context of a revolutionary man of the people rather than the mystical, unknowable son of God.

Small wonder then that rather than outraging the Catholic establishment, the film was rather taken up and praised by the Vatican for its sensitive portrayal of the humanity of Jesus. Given Pasolini’s own often declared and evident dedication to Marxism it’s ironic that his irreligious film about Jesus is perhaps still the most sensitive and thoughtful depiction of the man ever made.

Where everyone else in mainstream Hollywood of the time tended to go full baroque and mystical overblown adoration, Pasolini went as he was always wont to, in completely the other direction with still breathtakingly brilliant results.

The diamond in the rough: Cairo Station – Netflix

Egyptian auteur Youssef Chahine wrote, directed and starred in his breakout social parable masterpiece in 1958. Using the setting of a Cairo train station as a microcosm for the tension and uncertainty brewing in an Egyptian society caught between traditional Islamic values and the trappings of modernity, Chahine created a tragicomic, noirish thriller that still stands as a compellingly enthralling piece of masterful storytelling.

Chahine plays a sexually tormented, lame newspaper vendor whose unrequited desire for the station’s buxom lemonade seller (Hind Rostom) finally proves too much to bear and sees him kidnap her and set the film off on an unexpected but carefully handled path towards classic Hitchcock thriller territory.

It’s a heady mix of genres that slyly reflects the many forces working on Egyptian society at the time and its melodramatic mashing of genres is still singular and satisfying.

Made during a lull in censorship between regimes, it was eventually banned by the Egyptian government before going on to earn deserved acclaim and cult status in the 1970s and now occupies welcome space on Netflix as part of a broader retrospective of Chehine’s work.

In recognition of the long shadow that The Godfather has cast on the last half-century, here are a film, a series and a Coppola recut that continue ...
Art & Design
3 months ago

“Roma” is among three films that still stand up as some of the finest films made in any language
Art & Design
4 months ago
Next Article
© Wanted 2022 - If you would like to reproduce this article please email us.