Staring down the inflation ogre

Find a new tune, by investing in alternative asset classes — such as art, if the inflation blues are getting you down 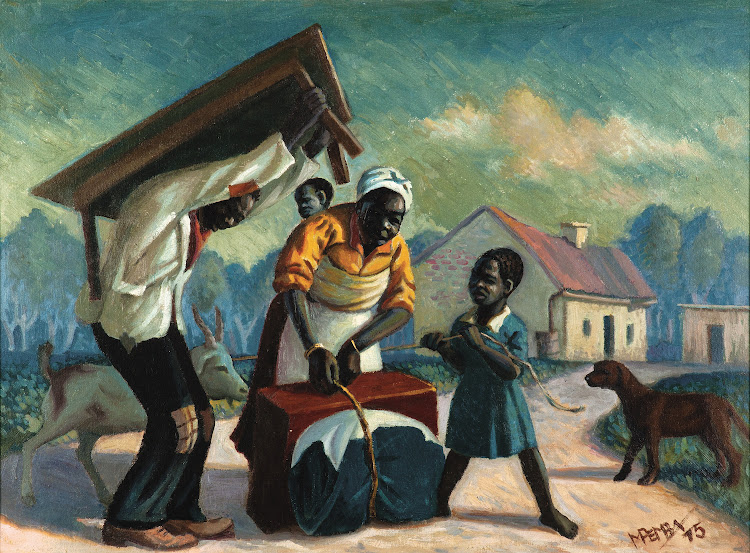 There is a rich seam of inflation jokes out there. “I had an Argentinian inflation joke, but it’s not worth it now,” goes one. The original, which made the rounds during one of Argentina’s regular bouts with hyperinflation, went something like this: “It’s cheaper to take a taxi than a bus, because in a taxi you pay at the end of the trip.”

Jokes aside, it’s no laughing matter when higher prices start chipping away at the wealth you’ve built up. With the inflation ogre now chewing up world markets, it may be time to look at money differently, and consider adding some well-priced South African art to your portfolio.

South Africans are used to higher-than-developed-market standards of inflation, but even our January consumer-price-index figure of 5.7% — still just within the Reserve Bank’s target band — was nowhere close to the US’ 7.5% shock reading — a 40-year high. It’s a figure that has asset managers sweating over the implications for shares, bond markets, and interest rates in 2022.

Investing in a window on contemporary SA life

To illustrate what a 7% inflation rate might do to one’s savings, Fortune.com asked Jon Ulin, founder of Ulin & Co Wealth Management, to explain the effect on a cash account worth $250 000. The answer: a $17 500 loss in purchasing power over a year. What happens to US markets is pertinent to local investors, who’ve been understandably skittish about South Africa’s stagnant economy. Going offshore to look for growth was the inevitable investment choice. And with the S&P 500 posting average gains of 13.95% between 2010 and 2020, the going was good. Returns really kicked up a gear during 2020 and 2021, thanks to the staggering gains of “big tech” — the main beneficiary of the pandemic. That helped the S&P 500 deliver investors a total return of 18.4% in 2020 and as much as 28% last year.

But it all screeched to a halt in the first few weeks of 2022, as “transitory” high prices appeared to become more permanent. PSG Asset Management CEO Anet Ahern says the issue for local investors is that, while we have inflation mostly under control thanks to the hawks at the Reserve Bank, “your options of beating inflation, because of the pandemic and stimulus, are no longer readily available. A few years ago in an income fund you could get 3% or 4% above inflation — that’s unlikely now. So people are going to have to look to growth assets.” 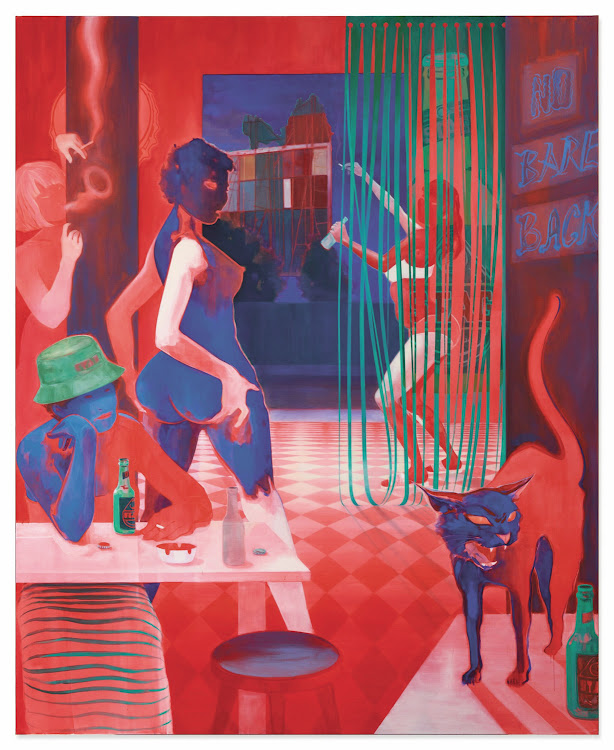 Lisa Brice, No Bare Back, after Embah.
Image: Supplied

Sounds obvious. The catch, however, is that many growth assets — think Zoom, Peloton, or Netflix — have been at the receiving end of market jitters. When they came to the market with lower-than-expected profits, the response was brutal. Zoom — probably the pandemic stock — ran up to $559 a share by October 2020, from just $67 a share at the start of that year. Yet it has now lost 77% of its value, to trade at around $126 a share. Netflix, which touched an all-time high of $690 a share in October 2021, has tumbled 43% since, while mighty Meta (formerly known as Facebook), having peaked at $391 in September last year, has plunged 45% to date. “When there is no growth, people pay a huge amount for anything that grows, and it becomes more and more popular — like tech stocks,” explains Ahern. But, “when interest rates rise, then you basically have a higher discount rate for growth”. In other words, companies that show promise for growth further in the future are worth less when inflation goes up.

Benguela Global Fund Managers’ co-founder Zwelakhe Mnguni agrees that the biggest pitfall for investors now is the stretched valuations among the wildly popular stocks of the past two years — and by how much the US Federal Reserve Board will raise interest rates. This is the trillion-dollar question. If inflation stays at around the 7% level, expect more rate hikes, not fewer. Even a 1% once-off hike, says Mnguni, “would put a massive dent into equities as an asset class, but bonds would suffer even more”.

It’s not all bad news, though. “Financials would probably benefit (although a lot of the benefit has been priced in). One area where I think there could be an opportunity is consumer discretionary and industrials,” he says. It’s tempting to wonder if there’s a singular silver bullet to tame the inflation beast. Unfortunately, say both Mnguni and Ahern, the only surefire way to make hay out of rising prices is to make sure you no longer hold a high concentration of expensive stocks. And you certainly don’t want to buy companies that have gorged on cheap debt to grow. “ 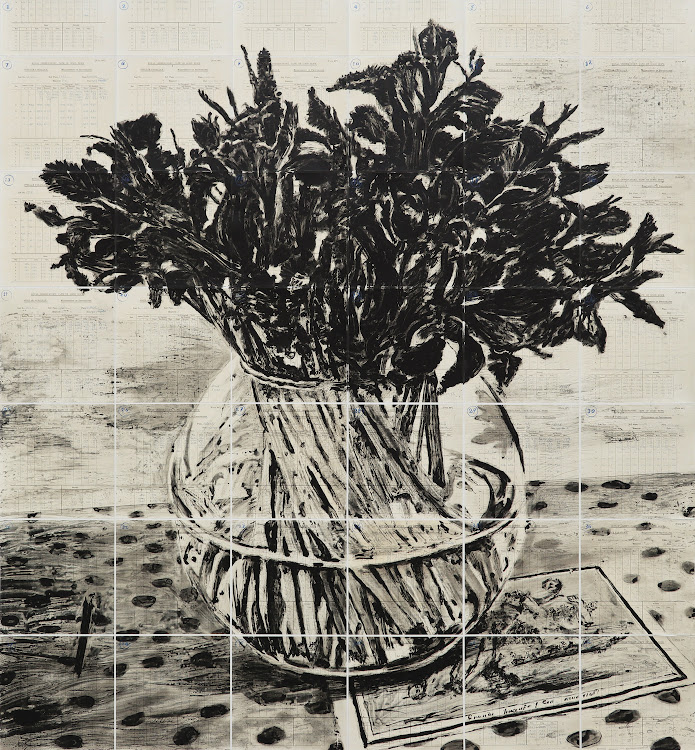 There are businesses that are highly leveraged that took advantage of the extremely low interest-rate environment, and if you push rates by even 1% that’s going to put a lot of pressure on these companies. You want a level of debt that’s modest,” says Mnguni. It goes back to the old principle — don’t take too many singular bets. “You’ve got to have a spread of assets. The lagging parts of the market eventually have their day and then they really help you out,” the complete digitisation of the art auction has been an incredible leg up for the industry, not to mention for newbies to the art market. Crucially, it means that South African and African contemporary artists now have a much greater spread of international buyers, who’ve had a field day in our undervalued art market. That’s good news for South Africans looking to invest in alternative asset classes — such as art.

“To put it in perspective,” says Aspire MD Ruarc Peffers, “if you take your average mid-career South African or African artists [who are] doing reasonably well, and you look at what their work costs compared to what European- or American-equivalent artists cost, you’re literally looking at a multiple of the price.” For $20 000, $30 000, or $40 000 you can’t buy a whole lot of contemporary art if you’re shopping abroad, but you can get incredible value for $40 000 if you’re buying locally. Still, do your homework. Says Peffers: “Frankly, it’s like any other investment class — get counsel from someone who knows what they’re doing.”

The art from this continent... is still significantly undervalued

While art is arguably a far more subjective investment decision than shares or bonds, Meredith and Peffers have a few names they’d be willing to back over the next while. William Kentridge remains a perennial favourite, partly because buyers can says Ahern. Think lower-tier companies on the JSE such as industrial stalwarts AECI or Hudaco, which have weathered low growth for years. If there’s any slight rebound in the South African economy, these are the stocks to benefit.

But what about fine art, where, arguably, prices are running hot for exactly the same reasons — a tidal wave of cheap money thanks to pandemic induced monetary stimuli, financial assistance from rich nations over hard lockdowns, a lack of options for disposable income, and, finally, boredom? Local art auctions, after all, had a superb pandemic. “I’m guessing that people needed money,” says Dr Alastair Meredith, head of Strauss & Co’s art department, “but, amazingly, the market seemed to absorb them. So, despite almost doubling the number of works we’ve handled, we still sold 72% to 75% of all the items.” 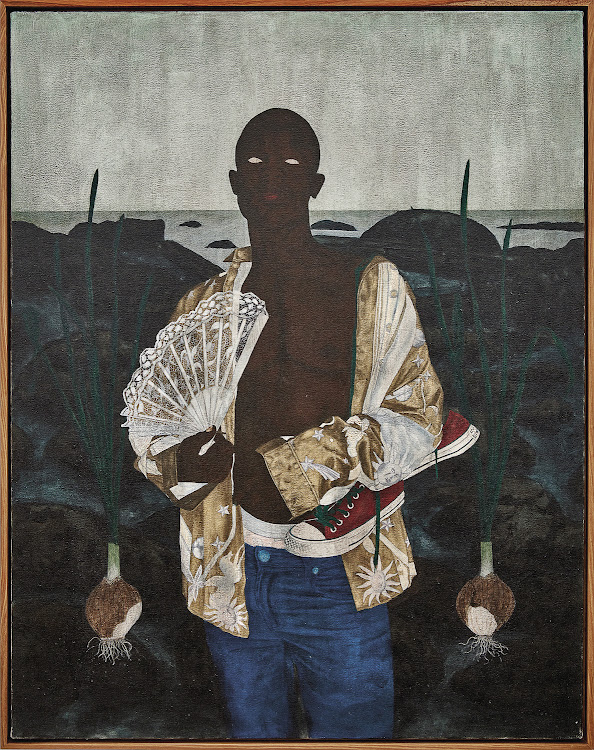 Strauss’s first full lockdown sale in 2020 raised R80-million — the second highest valued auction it’s ever had. As has already been well documented, access his art for as little as R5 000 all the way up to $10-million. George Pemba, a prolific social realist, is one of Peffers’s top picks. “I think he was always under-appreciated and the market has finally come round not only to the quality of his art but also the historical and cultural significance of what he did.” Recently, one of Pemba’s works — Reverend John Knox Bokwe, 1978 — smashed all expectations at auction and sold for R694 180, from original estimates of R120 000-R160 000.

Peffers’s two other “obvious” picks are Cinga Samson and Lisa Brice. While you could have picked up one of Samson’s artworks at blank projects in Cape Town for R30 000 even fairly recently, his work is now selling for up to $280 000 abroad. “I can’t think of many other things that compare in terms of a return,” he marvels. By international standards, says Peffers, “the art from this continent is absolutely on a par on a quality level, but it is still significantly undervalued in terms of prices, so in my view there is immense room for growth in value”.

Celebrated ceramicist cements SA at the forefront of contemporary craft

Talking down a flood tide

Artist Yto Barrada talks about her current exhibition, the value of objects and alternative forms of learning
Art & Design
3 months ago