Usher in the New Year with these three films 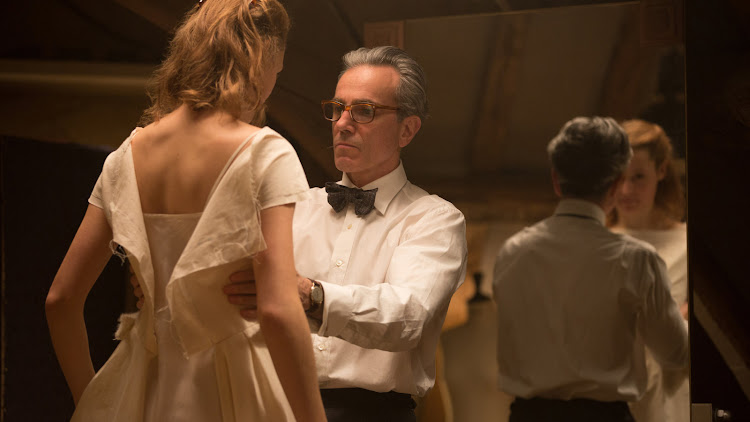 It’s New Year’s Eve and time to dust off the party hats and reconfigure the old resolutions list in the hopes of definitely sticking to some of them this time round.

2020 was widely acknowledged as one of the worst in living memory, but has 2021 really been that much better?

Here are three films that are either set in or feature the cusp of the year-change, and that may help get you through another year or just leave you feeling that one New Year’s Eve is depressingly very much like another.

The Phantom Thread — Rent or buy from Apple TV+

Over the course of their long and increasingly bitter and frosty relationship Woodcock and Alma’s desires and ambitions are glaringly at odds and culminate in a beautifully executed impasse at a New Year’s Eve party where her insistence on dancing in the New Year leads Woodcock to have to make a clear decision about whether he’s really committed to her needs or just using her for his own.

Filled with unspoken tensions and unfulfilled desire, it’s a typically masterful film from Anderson, anchored by a magnificently restrained performance from Day-Lewis that the actor has said will be his last.

Recalling the psychologically taut drama of Alfred Hitchcock’s Rebecca, it’s a slowly affecting drama that’s held together by a director fully in control of his material and aided by careful attention to the details of its subject and setting that draw you ever more intriguingly into its cloying and tangled web.

As far as New Year’s Eve films go it’s ultimately one for those   who are cynical about the ability of the marking of the end of a year to do much except pave the way for the onset of yet another. Overall, though, it’s a remarkable examination of the space between lovers and beloveds that aches with pain and longing in each of its carefully created frames.

Billy Wilder’s 1950 film noir classic is perhaps the greatest film ever made about the cruel indifference of life in the movie business.

Beginning with the iconic scene in which the voice of a dead man in a pool narrates his own story, it’s the dark, sometimes blackly humorous but ultimately deeply moving story of William Holden’s young screenwriter’s encounter with Gloria Swanson’s faded silent-era film star and her loyal butler, and the tragic whirlwind of their brief but life-changing meeting.

Written by longtime Wilder collaborator Charles Brackett, the film is a meditation on the fickleness of fame, the insatiable greed of the myth-making machine and the absurdity of life in general.

The moment at which everything reaches a point of no return occurs at a lavish New Year’s Eve party that Swanson’s Norma Desmond has arranged. It’s complete with live orchestra and lavish decorations but intended only for two lonely outsiders who have thrown their lots in with each other with what will soon turn out to be terrible consequences for one of them and just the ticket back into the limelight that the other has spent years longing for.

Swanson’s performance is one of the true iconic creations in movie history, drawing on her own history as a real-life star of the silent era to give Norma Desmond a tragic out-of-time glamour that longs for a recent time already forgotten. It’s the ultimate exploration of how the Hollywood dream can, and often does, turn into a terrifyingly macabre nightmare.

An energetically off-the-wall anthology film representing the peak moment of the 1990s Indie scene, Four Rooms features a series of interlocking, sometimes uneven, but all momentarily intriguing and engaging stories set in a hotel on New Year’s Eve.

The only thing that connects them, apart from their directors’ friendship with ’90s Indie king Quentin Tarantino is the increasingly exasperated and delirious figure of Tim Roth’s bellhop Ted, whose first day on the job is about to be the worst of his life.

Directors Allison Anders, Alexandre Rockwell, Robert Rodriguez and  of course Tarantino himself assemble a cast that features all the oddball, quirky stars of the moment, including Madonna, Antonio Banderas, Lili Taylor and David Proval for a crazy, off-the-wall series of black humoured adventures.

There’s a coven of witches, a crazed masochistic couple and an ill-advised drunken bet involving the recreation of a moment from a twisted Roald Dahl story.

It all adds up to one hell of a New Year’s Eve, if not always a well-mixed recipe for a hugely enjoyable and creative disaster that’s aged better than the critics gave it credit for at the time.

Three exceptional examples of the best that the existential gangster film has to offer
Art & Design
3 months ago
Next Article
© Wanted 2022 - If you would like to reproduce this article please email us.

A cup of reverence