From ‘Suspect’ to ‘The Midnight Miracle’: 2021’s must-hear podcasts

Media form has the ability to draw you in completely, raise awareness, and create social as well as civic impact 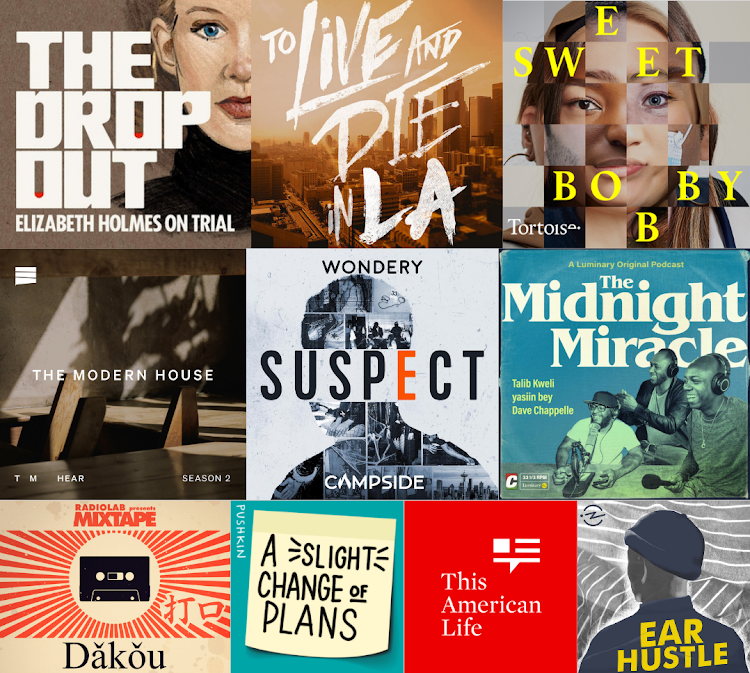 The crunch of footsteps on gravel, a car door swinging shut, the ping of a text message, the nervous titter going through a congregation… the sounds are so visceral; at times you feel like the participants are in the room with you. Podcasts have revolutionised not only the way we take in information but also how the broadcasting industry works, creating an open platform for industry experts to independent investigative journalists and passionate storytellers.

There are countless “fool-proof” meditation podcasts to help you unwind and recalibrate, ASMR playlists to relax and fall asleep to, opportunities to get into criminal and prisoner mentalities, and brush up on a new subject or a pivotal moment in history, and maybe even tackle your own personal baggage, whether it be spiritual, emotional or otherwise.

Films and series worth the square eyes

Beyond informing, podcasts have the ability to draw you in completely, raise awareness, create social and civic impact, and even change your perspective or approach to life and living.

Here are 10 podcasts — in no particular order — that impressed this year.

Do you remember the first time you held a Walkman in your hand, snapped in the cassette, and pressed play? Well, the five-episode mini-series takes us back to that moment in 1979, when a group of journalists gathered in Tokyo park to hear about the gadget that would forever change the way we listen to and experience music. And that’s just one episode called Dakou, which references the import of illegal, cut CDs from the west (dakou CDs) that revitalised Chinese rock culture in the 90s. The series is produced by Simon Adler and explores the history and culture of audio. 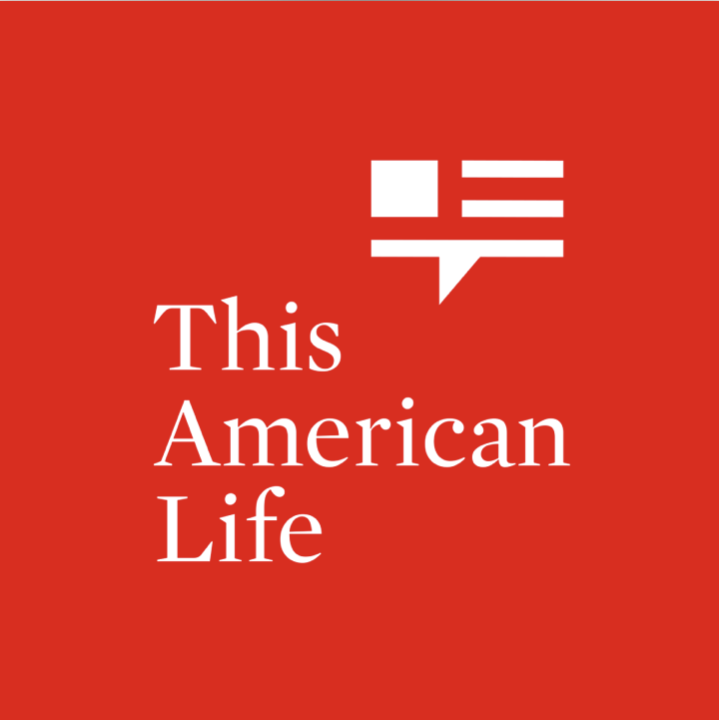 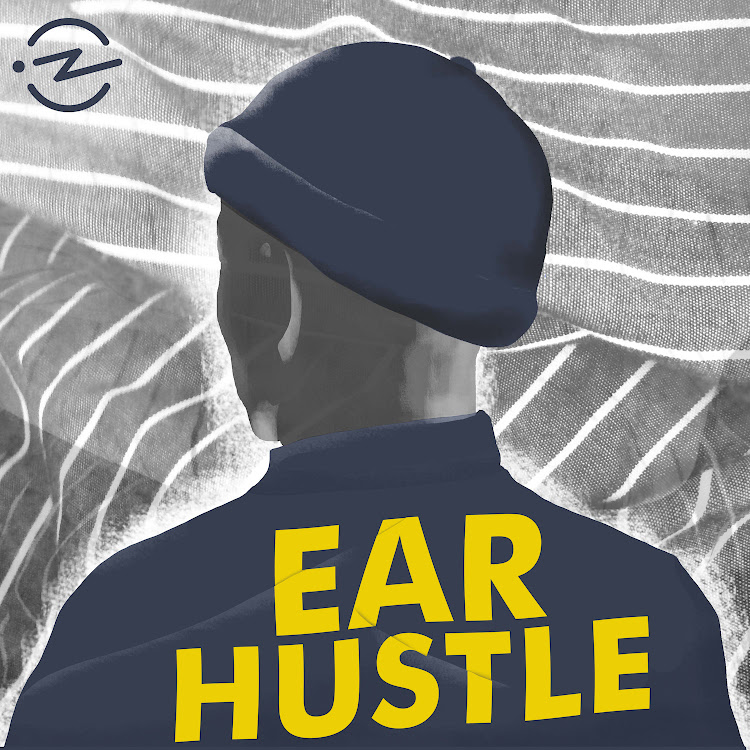 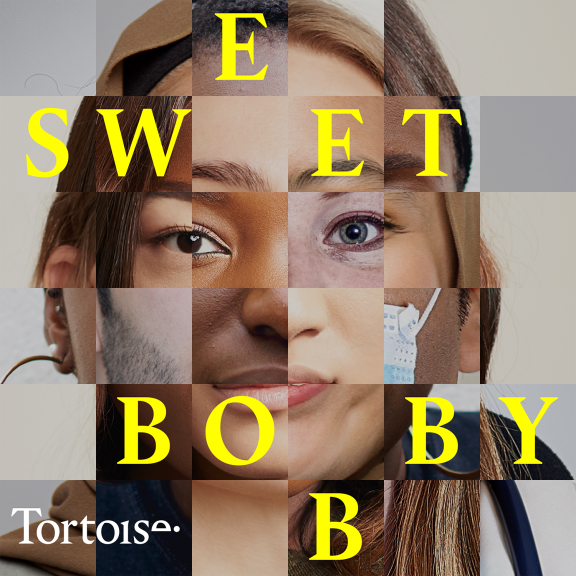 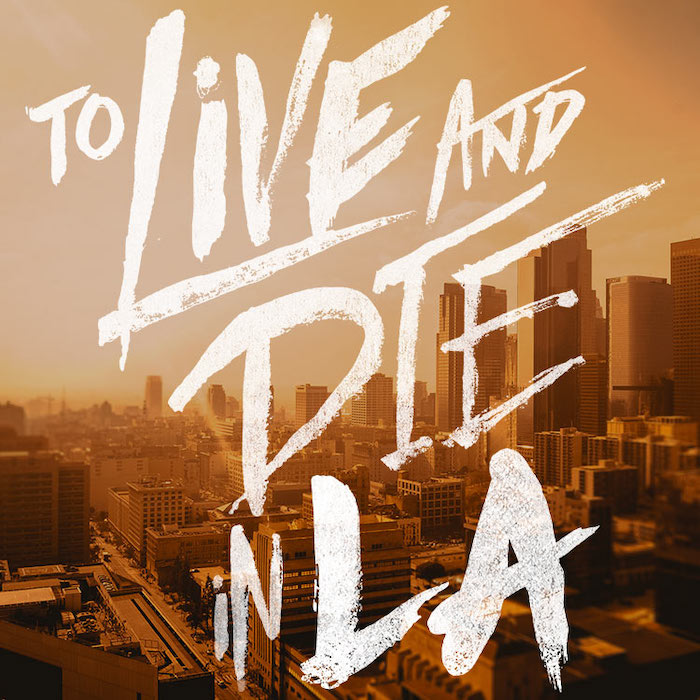 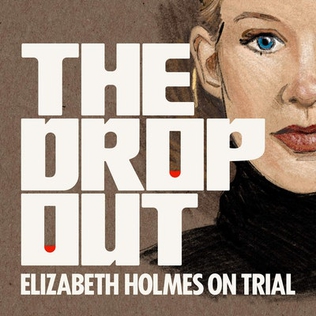 A SLIGHT CHANGE OF PLANS

Former senior adviser in the Obama White House and now senior director of behavioural economics at Google, Maya Shankar, “blends compassionate storytelling with the science of human behaviour to help us understand who we are and who we become in the face of a big change”. The podcast is all about learning something from people who have experienced big life changes and how to navigate that in your own life – because lord knows there’s no manual for that! Named the best show of the year by Apple, the series is being now adapted into a television documentary series from the team behind Fyre Fraud and LuLaRich.

After an apartment complex hosts a Halloween party, one of the party’s hosts is found murdered.

When they get a letter from the man accused of murdering the host, reporters Matthew Shaer and Eric Benson return to the scene of the crime to unravel the night’s events from a decade ago, and it makes for a riveting listen.

Matt Gibberd, cofounder of The Modern House, an estate agency that specialises in design-led homes in the UK, invites architects, designers and creatives to share their top three living spaces in the world — and how uplifting design makes for a better living experience — from space to light and materials. The first episode features Rosa Park, founding editor of Cereal magazine, a biannual publication dedicated to thoughtful travel and lifestyle stories.

You know you’re listening to a great podcast when you’re happy to pay a subscription to unlock more episodes from behind a paywall. The endless laughs delivered by Dave Chappelle, Talib Kweli and Yasiin Bey demand repeat listen. The trio has invented an entirely new style – it’s like being a fly on the wall at a barbershop and front row at an impromptu, underground comedy club. 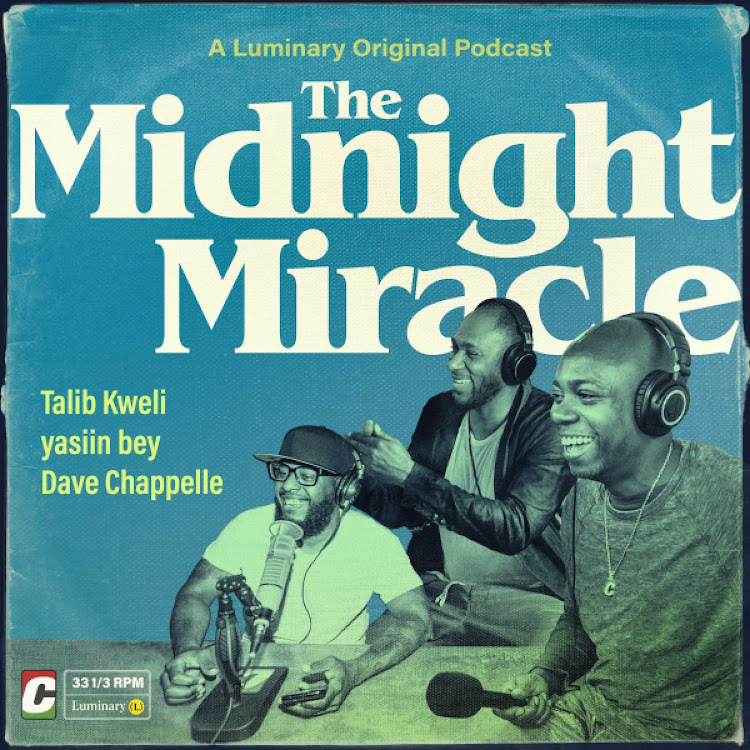 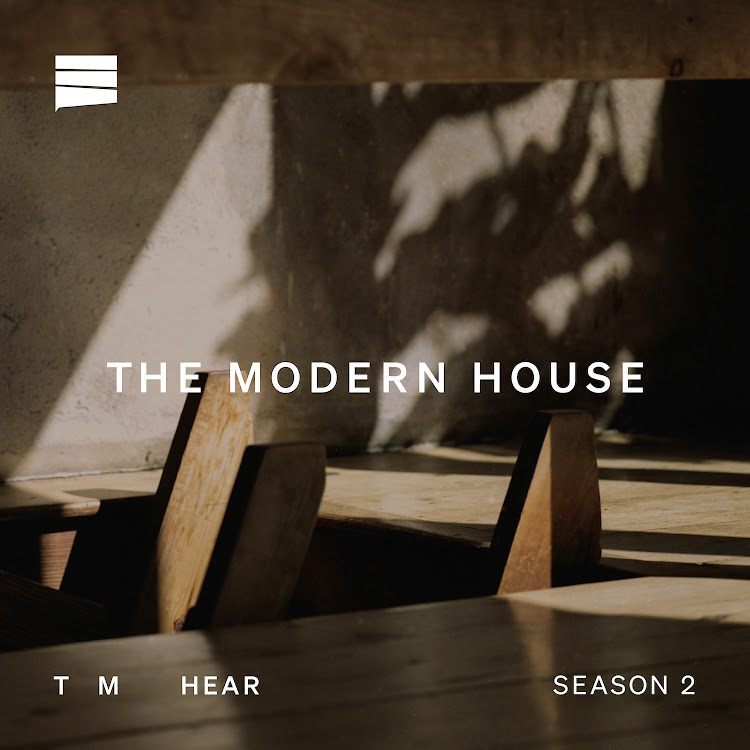 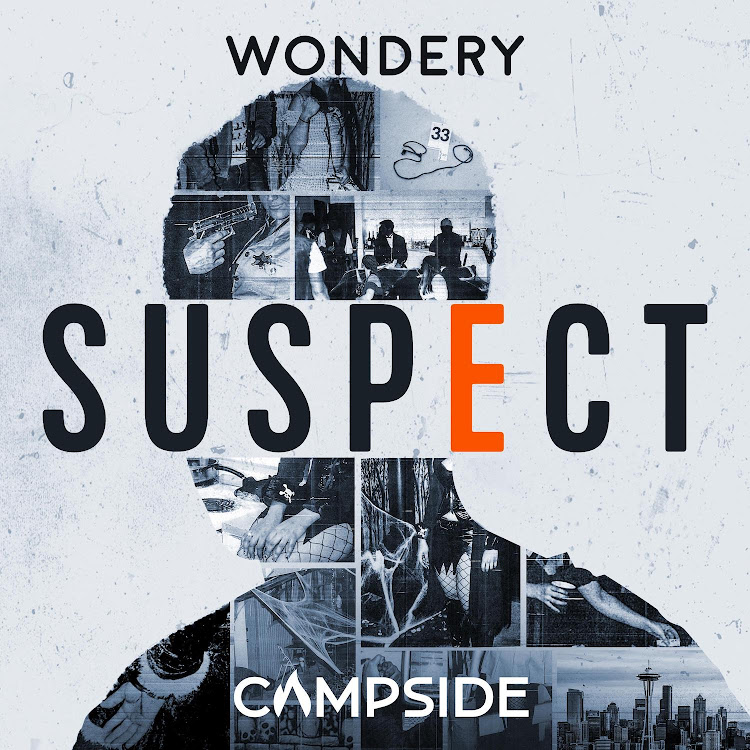 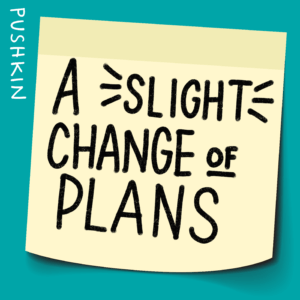 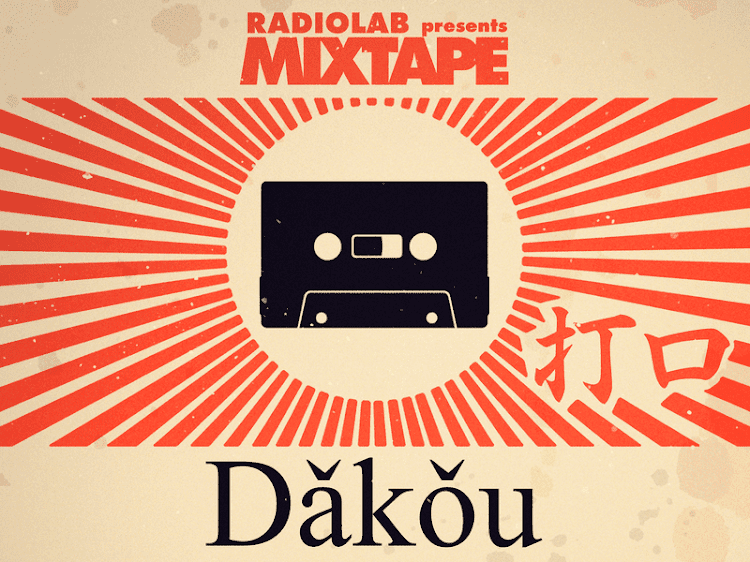 They keep saying “a podcast is not radio” but this one is literally how I stay abreast of the trial of Theranos’s Elizabeth Holmes – the maverick entrepreneur who fell from grace after her blood-testing company was hit by allegations of fraud. Many are slamming the podcast for biassed reporting but we all know she’s guilty, right? Right?!

TO LIVE AND DIE IN LA

If there’s one podcast that made me shake in my sheets at times, it’s this one. In S1, a 25-year-old wannabe actress Adea Shabani disappears without a trace and Rolling Stone journalist Neil Strauss gets consumed by the case as he tries to get to the bottom of it. And in S2, Strauss returns as the host to look into the disappearance of a 20-year-old college student Elaine Park, whose abandoned car was discovered not far from his Malibu home in 2017. With the help of his wife and their neighbours Incubus guitarist Mike Einziger and concert violinist Ann Marie Simpson, he tries to uncover the truth in a four-year search for the missing girl.

Just in time for the holidays, this binge-worthy podcast details a cautionary tale about the protracted (decade-long) catfishing of radio presenter Kirat Assi, which began on Facebook. It’s a live investigation in six parts, in search of one of the world’s most sophisticated catfishers.

This remains a firm fixture in the podcast roundups since its debut in 1995 as Your Radio Playhouse. You will laugh, cry, hang onto every detail and learn something new about people and human nature and behaviour — truly, a remarkable sociological resource.

Ever wondered what it’s really like in prison? Ear Hustle, prison slang for being nosy or eavesdropping, is the first podcast to be produced in lock-up (and outside) — recounting candid stories about cellmates or cellies, family, loyalty, cooking, sex and more. Narrated by the formerly incarcerated Earlonne Woods and San Francisco-based artist, photographer and member of the San Quentin Prison Report collective Nigel Poor, the podcast started in 2017 but has gained even more popularity after it was named a finalist for a Pulitzer Prize in audio reporting in 2020, spawning its own merch and the recently published book This is Ear Hustle: Unflinching Stories of Everyday Prison Life, which is mostly written in transcript form.

From EP gems to indulgent 19-track long plays, experimental to orchestral, these are the 10 albums, in no particular order, that lifted the music bar ...
Art & Design
6 months ago

Ignore the social-media opinionistas and general know-it-alls, these are the great minds who're worth listening to
Voices
1 year ago
Next Article
© Wanted 2022 - If you would like to reproduce this article please email us.