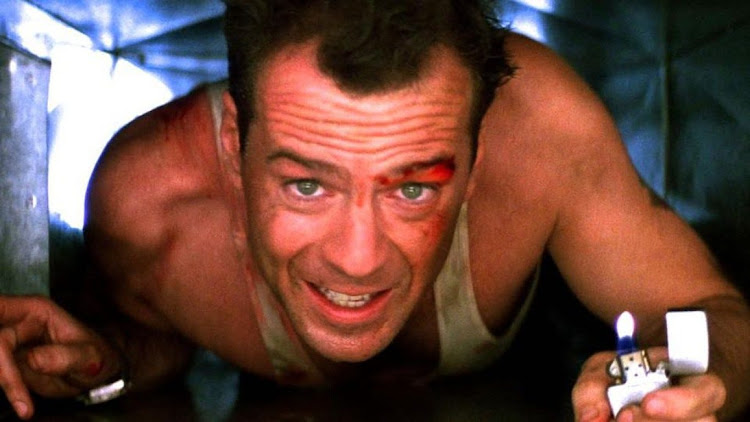 ‘Tis the season to see family, eat too much and exchange gifts and insults. In the Christmas-adjacent spirit here are three offbeat Yuletide films to prepare you for the holidays.

My Night at Maud’s — Mubi.com

A serious, philosophical “so very French film,” about the conflicting forces at work on the uneasy Catholic soul of the serious engineer Jean-Louis (Jean-Luis Trintignant) who arrives in the town of Clermont-Ferrand during the Christmas break to take up a new job. He knows no-one there, but while attending a church service he finds himself drawn to a pretty young blonde fellow Catholic named Françoise (Marie-Christine Barrault) who he quickly becomes convinced will become his wife, even if he doesn’t know her yet.

When Jean-Louis bumps into an old Marxist turned university lecturer friend and is invited by him to come and meet a fascinating, free-spirited, secular brunette named Maud (Françoise Fabian) he is slowly entranced and becomes increasingly torn between the predestined path preached by his Catholic faith and the wants of his desire.

It all gets deeply philosophical as long back-and-forth conversations between the characters unpick the ideas of mathematician and philosopher Blaise Pascal as applied to the mysteries of love between men and women. Moody stares are in abundance and the mood is often heavy with rueful missed opportunities and unspoken feelings.

While its themes and execution may be a bit on the heavier side for a Christmas set story, its moral battles and interrogations remain as relevant now as they were in 1969 when the film earned best foreign film and original screenplay Oscar nominations and a nomination for that year’s Cannes Palme d’Or.

Andy Samberg’s detective Jake Peralta on Brooklyn Nine Nine will tell you at the drop of the hat that this is the greatest movie, never mind greatest Christmas movie of all time. More than three decades later John McTiernan’s tautly directed Bruce Willis comedy action breakout still stands the test of time as a ludicrous but hugely enjoyable and smarter than average “skop, skiet en donder” holiday blockbuster.

Willis is New York Police Department (NYPD) detective John McLean, in Los Angeles to see his wife with whom he’s sort of estranged after deciding not to support her career by moving out to California with her. He arrives at her swanky, postmodern glass encased office skyscraper — owned, of course, by the favourite 1980s US arch-nemesis, a Japanese corporation — where a Christmas party is in full swing.

Things get decidedly less festive when a group of nasty Nazi German terrorists led by the delightfully committed Alan Rickman as the over-the-top villain Hans Gruber lockdown the building and take everyone hostage except, of course, for our indomitable wisecracking nice-guy-having-one-hell-of-a-day hero McLean who proceeds to single-handedly, with only his wits and his vest and an automatic submachine gun, take down the bastards and get back his wife. The explosions are loud, big and regular; the one-liners swift and pithy and Willis’s rugged charm and obvious sense of enjoyment carry the day in what still remains the granddaddy of action comedies and a Christmas movie quite unlike any other. A guilty pleasure that remains one of the few almost perfect on its own terms examples of good old-fashioned silly popcorn chewing dumb fun.

Transgender sex worker Sin-Dee (Kitana Kiki Rodriguez) has just come out of jail only to be told by her best friend and fellow streetwalker Alexandra (Mya Taylor) that her boyfriend and pimp Chester (James Ransone), has been cheating on her.

Furious, fired up and ready to kick some trashy-white-girl arse, Sin-Dee sets off to cause chaos and confront Chester. Parallel to this story we meet the beleaguered Armenian taxi cab driver Razmik (Karren Karagulian) who is also having shitty day and whose own secrets and problems will soon see his life collide with those of Sin-Dee and Alexandra in a chaotic, shouting finale in a late night doughnut store.

Filmed entirely on three iPhones, Baker’s film glows with the harsh winter sunlight of LA and a feel for its setting and characters that gives the whole story an immediate and vibrant atmosphere as we become embroiled in the chaos of its narrative.

It’s significant on the representational front because of the centring of the story on the figures of two transgender women but beyond that it’s also a solid, well-acted and well-crafted, intimate film that celebrates the humanity of its marginalised characters in their struggle to make the best of their lives in spite of undeniably difficult circumstances.

A tempestuous romance and sociopathic magnate among four films examining cinema’s long history of fascination with the 1%
Art & Design
1 month ago
Next Article
© Wanted 2022 - If you would like to reproduce this article please email us.