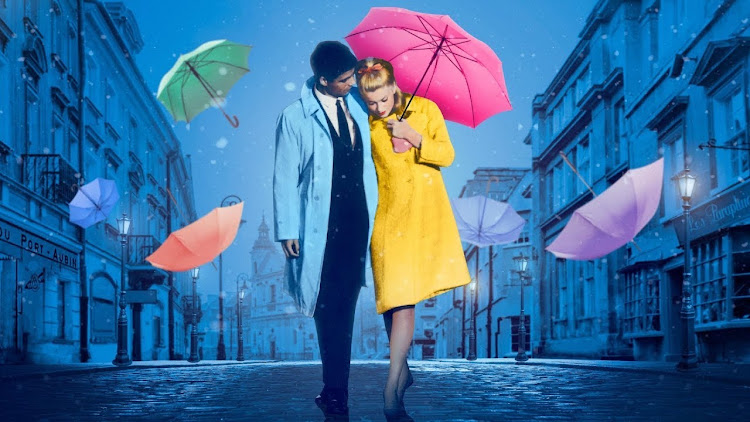 The Umbrellas of Cherbourg.
Image: Supplied

With the release next week of Steven Spielberg’s much anticipated version of West Side Story, here are three films from one of cinema’s most simultaneously beloved and loathed genres to whet your appetite and demonstrate the versatility of the genre across time and place.

These days, it is most famous as the reason Bjork wore her infamous swan dress to an awards ceremony, but in hindsight, Danish bad-boy director Lars Von Trier’s grim attempt to inject some tragic social realism into the musical genre still stands as a uniquely original creation.

Set in an unnamed US industrial town in the 1960s, it’s the story of Bjork’s Selma, a working-class Czech single mother whose factory-worker livelihood is threatened when she learns that she’s losing her sight and that she needs money for an operation to save the sight of her son. Things soon become dark and unrelenting when Selma kills her neighbour for trying to steal her precious savings and gets sentenced to death for her troubles.

In amid this depressing tale of modern day saintly womanhood, Von Trier inserts a number of industrial instrumental musical sequences. These, composed by Bjork and shot with more than 100 digital cameras, create a grimy, unglamorous series of fantasy moments of escapism and inner turmoil that offer a solidly anti-musical vision of the way musicals are traditionally supposed to work.

It’s a heavy slice of tragic melodrama that echoes the grey, nihilist vision of Von Trier’s earlier non-musical Scotland-set drama Breaking the Waves and, like that film, is shot by the brilliant cinematographer Robby Müller, whose frames here manage to convey both gritty realism and escapist fantasy. Like Von Trier’s later film Dogville, it’s also a groundbreaking, formally innovative experiment that’s completely dedicated to the impossible task it sets itself and manages mostly to carry it off. It won a coveted Palme d’Or for its director and a Best Actress award for its star at the 2000 Cannes Film Festival.

The Umbrellas of Cherbourg — Mubi.com

Jacques Demy’s 1964 swinging 60s French take on the classic Hollywood musical is a visually exuberant and brightly coloured tale of a young woman who marries the wrong man. It’s only really a French New Wave film insomuch as it displays its directors love of classic Hollywood, but in style and execution it’s very much in the vein of golden era US musicals.

Catherine Deneuve gives a sometimes seemingly too-intense-for-this-kind-of-thing but ultimately just-right-for-this performance as the teenage heroine Geneviève, who works in her mother’s pastel-colour-filled umbrella shop and is madly in love with dashing car mechanic Guy (Nino Castelnouvo).

When Guy is called up for military service and sent off to fight in Algeria, Geneviève is suitably devastated but her mother is having none of this mopey-young-love nonsense and steers her into the arms of wealth diamond merchant Roland (Marc Michel), who, against her better judgment, she ends up marrying.

Solidly put together with playful charm and a moody French soundtrack, Demy’s film is a loving ode to classic musicals that successfully manages to update its core elements for a new era in a story that’s firmly focused on the messy emotion of regret.

That may be too much of a downer for the traditional Hollywood musical but it finds a perfect home here thanks to Demy’s controlled direction and Deneuve’s sensitive performance. Social realism meets escapist whimsy and the results are uniquely touching, charming and moving.

Across the Universe — Rent or buy from Apple TV +

When Julie Taymor released her epic tribute to the Beatles in 2007, the response was, to say the least, a little damp but time has been kind to a film that has become more and more impressive over the years and stands up as perhaps the best of the many Beatles tribute films.

Using 33 songs from the Fab Four’s eternally replayed catalogue of 60s classics, Taymor’s film is, with the benefit of hindsight, a spectacular, visually imaginative love letter to the hopeful dreams and political turmoil of the 60s and, of course, the band whose many transformations echoed the crazy, swiftly changing world around them.

It pins on its thin but hard-to-dislike love story between a scouser exchange student and his US beauty; an innovative exploration of the contradictions of the times that those living through them couldn’t see until they were long over.

It’s all the Beatles hits you think you know presented in ways you’d never thought possible, and it creates a magical, hopeful and tragic universe that sweeps you across its tumult with dazzlingly innovative design and memorable, historically inspired situations and characters.

Never before or since were Taymor’s theatre-trained visual skills so satisfyingly realised on screen, and as a pop-music based musical film it’s one of the most original and vibrant ever made that’ll soon have you falling in love with the 60s and the Beatles all over again.

As Jeymes Samuel’s The Harder They Fall continues to gain critical and popular acclaim, check out these three films that are also devoid of white ...
Art & Design
7 months ago

As Europe and Britain commemorate the fallen in what was supposed to be the war to end all wars, here are three poignant reminders of the futility of ...
Art & Design
7 months ago
Next Article
© Wanted 2022 - If you would like to reproduce this article please email us.