Three films that offer an inside view on what happens when being in control of information goes to your head ... or where the sun doesn’t shine 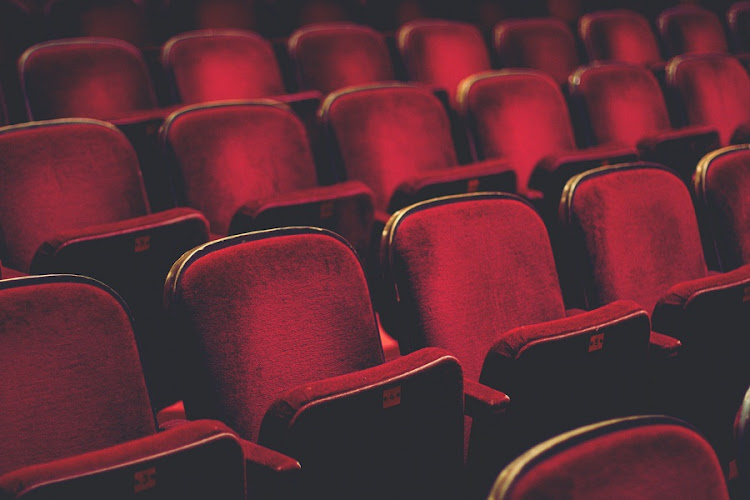 The recent internal inquiry by the Independent Group into its “so crazy it’s definitely not true” story about the Tembisa dectuplets, revealed nothing much more than the fact that the group and its glorious leader — he who shall not be named — are living in the clouds of self-deluded smoke that they’ve been blowing up their own backsides for years. Here in recognition of what happens when the media goes rogue are three classics about the power of information and what happens when being in control of it goes to your head ... or elsewhere.

Writer Paddy Chayefsky had been a golden boy of American television before he became jaded and disillusioned by what he saw as the medium’s decline into ratings-obsessed, dumbed-down populism in the late 1970s.

His response was to pen this film, directed by Sydney Lumet and released in 1976, offering one of the sharpest critiques of the media machine. Peter Finch — who died the year after the film was released and is the only posthumous winner of an Oscar for best actor — plays the role of a lifetime as drunken, cynical news anchor Howard Beale; a man who is so fed up with the crass commercialism of his profession that one night he gets plastered on air, tells his audience, “I’m mad as hell and I’m not going to take it any more” and neither should they; and that he plans to kill himself live on air in two weeks’ time. Ruthlessly ambitious and ratings-hungry programming director Diana Christensen (the excellent Faye Dunaway) sees Beale’s breakdown as a potential windfall for the network. She sets about developing it into a hit show, along with an even crazier side project documenting the anti-government terrorism of a radical organisation which, she realises too late, are playing her more expertly than she thinks she’s playing them.

It’s a madcap, lively and ultimately biting and prescient satire of what the media landscape has become. Thanks to Chayefsky’s razor-sharp script, Lumet’s freewheeling but carefully focused direction and a string of top-notch performances, it remains one of the smartest, black-humour takedowns of the madness of the media machine and the inevitable intersections between power, influence and self-delusion that too often continue to characterise it.

The Sweet Smell of Success — Rent or Buy from Apple TV +

Even in a film-noir landscape dominated by cynicism and nihilism, British director Alexander Mackendrick’s 1957 lightning-sharp tale on poisonous hustlers in the world of New York’s tabloid columns remains one of the darkest, nastiest and most brilliant examples of the genre.

Written by veteran screenwriter Ernest Lehman and blacklisted, leftist playwright Clifford Odets, it’s a searing indictment of fearmongering and Machiavellian self-interest that foresees something of the terrifying madness of Roger Ailes and the Fox News era.

Tony Curtis and Burt Lancaster deliver career-best performances as the Igor-Dr Frankenstein pair of muckrakers whose co-dependent relationship falls apart over the course of one wet, New York night. Lancaster is JJ Hunsecker, a syndicated gossip columnist with the power to make or break careers that he gleefully uses to ensure loyalty. His man on the street with an ear to the door of the Big Apple’s nightlife is Curtis’s Sidney Falco — shamelessly grovelling and ruthlessly obedient to his master. When JJ’s sister — with whom he is almost incestuously obsessed — falls for a young, square-jawed jazz musician, he’s determined to destroy the relationship by any means necessary, and not without some considerable and filthy help from his loyal dog Sidney. The results will be terrible and irrevocably devastating for all involved, and the story remains a powerful cautionary tale of the absolute corruption of power.

Lehmann and Odets’ script sparks with furiously exchanged jibes, insults and put-downs, and the evocative cinematography of the legendary James Wong Howe combined with an excellently off-kilter jazz score by Elmer Bernstein all create a tangible sense of one night in the underbelly of New York; always pregnant with fear and machinations that will unravel the lives of all the players.

They don’t make them like this any more and there’s plenty to learn from one of cinema’s most perfect and memorable evocations of the destructive consequences of a world built on power, corruption and lies.

Diamond in the Rough:

Paul Abbot’s 2003 miniseries about the intersection of the institutions of politics and journalism and the tangled web they weave to protect the powerful, is a brilliant piece of television whose relevance only increases with time.

There was an adequate but far too truncated American film remake starring Russel Crowe and Ben Affleck by director Kevin Macdonald in 2009, but it’s Abbot’s original that offers the richer, more complex and nuanced examination of the messy relationship between the Fourth Estate and political players and interests.

When a young researcher for a Tory politician dies after being run over by a train and, in a seemingly unrelated incident, a young black man is found dead in an assumed drug-related murder, an investigation by a veteran journalist soon uncovers a terrible conspiracy that reaches into the top echelons of government and involves a well-known MP, who also happens to be one of his closest friends.

Threats, cover-ups and fights between truth seekers and secret protectors ensue in a carefully controlled but complicated plot that places viewers squarely in the middle of various desperate players seeking to keep their noses clean and their power intact, and leaves everyone feeling dirty and violated by its end.

These three sci-fi movies helped shape our view of the world and the future, and will whet your appetite for the latest from Denis Villeneuve
Art & Design
8 months ago

Netflix has quietly added content made by Palestinian filmmakers, which should not be missed
Art & Design
8 months ago

For those who like their espionage with a bigger dose of smarts and soul-searching, these are for you
Art & Design
9 months ago
Next Article
© Wanted 2022 - If you would like to reproduce this article please email us.