Xayiya art collection to go under the hammer this weekend 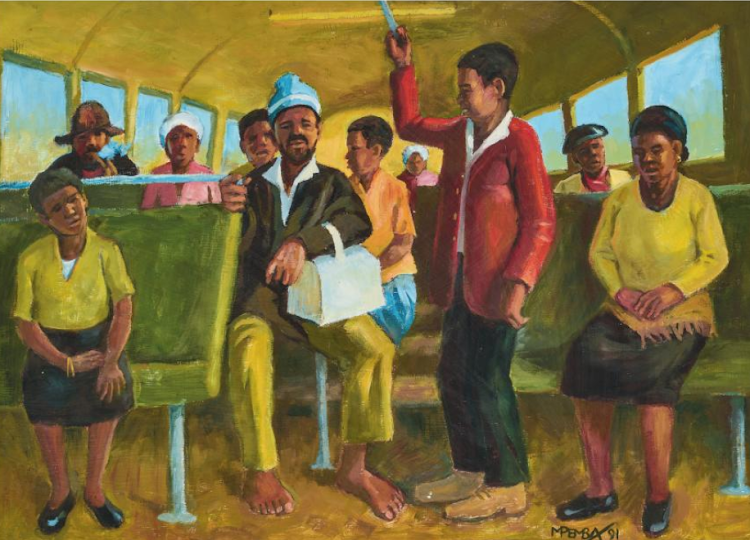 In the train by George Pemba, oil on board, 1991.
Image: Supplied

Aspire Art Auctions will present Art, Life and Love: The Collection of Mikki and Nwabisa Xayiya, in Johannesburg from October 25-31. This single-owner auction will include 300 works collected by the couple.

Nwabisa died earlier in 2021, and this repository is a reflection of the couple’s love for local, African and international art. George Pemba’s brilliant palette, alongside urban scenes by Gerard Sekoto, headline the modern art catalogue, alongside a rarely seen Alexis Preller, a Robert Hodgins and a selection of Dumile Feni’s early work until his New York period.

The auction, which is previewing at Xayiya House in Houghton, Johannesburg, is a celebration of Nwabisa’s life and legacy, and will go live auction on October 31. One hundred items of the collection will go under the hammer in a physical and live-streamed auction, and the remainder of the collection will be exclusively online from now until November 1.

Nandipha Mntambo’s Agoodjie is a thrilling celebration of the elite female warriors of Dahomey that restores an important insight into a proud and ...
Art & Design
8 months ago

There will be two sessions presented by Strauss & Co’s art department, which will have a strong focus on contemporary art
Art & Design
8 months ago

Elusive artist Billie Zangewa invites us to contemplate our own interiority

This woman's work amplifies the theme of women and their "secondary status"
Art & Design
8 months ago
Next Article
© Wanted 2022 - If you would like to reproduce this article please email us.