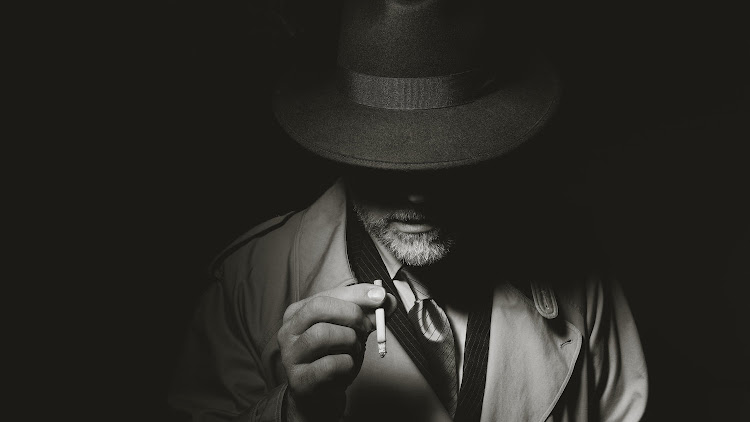 Like the western and the musical, the gangster genre is a true American creation that since its earliest appearance in the silent era has continued to be a solid source of entertainment, provocation and sometimes brooding existentialism for filmmakers across the world. Here are three exceptional examples of the best that the existential gangster film has to offer, which still stand as some of the greatest and most intriguingly singular films in cinematic gangster history.

Seijun Suzuki’s 1966 take on the Yakuza picture is a madcap piece of inspired proto-post-modern freewheeling lunacy.

As far as the plot goes it’s the story of a Tokyo gangland assassin who is rated by employees as the “number three best killer,” around. When he’s hired for what he thinks will be just another high-paying successful job, he gets far more than he bargained for including a sex-crazed femme-fatale, a botched but beautifully staged assassination, and a fight for his life that puts him on the run from the “number one killer.”

As his personal nightmare becomes all the more dangerous and psychologically consuming, the film as a whole begins to disintegrate into a brilliantly visually ingenious series of absurdist, disjointed elements that incorporate everything from cartoons to French New Wave style jump-cuts, time-jumps and a freewheeling Jazz soundtrack that perfectly reflect the state of mind of its protagonist.

It got Suzuki fired by Nikkatsu Studio, who he made it for, but it set the director off on a course that would see him create some of the most unique and stylish gangster films ever made anywhere.

His work would go on to influence the future of the genre in the films made by devotees such as John Woo, Takeshi Kitano and, of course, Quentin Tarantino - all of whom made their own distinctive contributions to the visual language of the gangster picture, but few of whom ever achieved the absurd genius of Suzuki’s originals.

Once Upon a Time in America — Amazon Prime Video

Italian spaghetti western pioneer Sergio Leone took decades to make this New York Jewish gangster epic that would prove to be his final, most personal and arguably greatest contribution to cinema, in a career that was filled with singularly brilliant contributions.

Released in 1983 it’s the epic three-and-a-half hour story of a group of Jewish immigrant bootleggers and their tumultuous relationship from childhood to old age in the swiftly changing American underworld.

Robert DeNiro and James Woods give magnificent performances as two friends who rise up through the ranks from humble beginnings in the tenements of New York in the 1920s through to success as bootleggers, a twisty double-crossing betrayal in the 1930s, and a final re-encounter in the 1960s when one of them has bought his way into the political power centre of Washington.

Flashbacking from DeNiro’s character Noodles' present as an old man, long done with his gangster past in the 60s to his nostalgically remembered childhood, it’s a sweeping, elegiac cinematic poem to a bygone era that’s characterised by a sombre sadness at the memory of the roads not taken and ends with what remains one of the most memorable and ambiguous final scenes in movie history.

It also features one of the great scores by longtime Leone collaborator, movie composer legend Ennio Morricone that perfectly reflects Noodles’ emotional reminiscent journey through time and across the inner psychological terrain of the large life questions of friendship, betrayal, love and death.

Actor and director John Cassavetes is rightly remembered as one of the pioneering godfathers of American independent cinema.

His low-budget, intimate films starring his close-knit repertory of friends and family explored the existential dread of the day-to-day struggles of families, lovers and friends. He funded them by taking on reasonably high-paying mainstream acting jobs and using the pay cheques to finance his own films, which have over the decades since his death in 1989, become celebrated for their DIY determination and raw intimate performances.

This 1976 film is something of an anomaly for the director who here ventures into gangster-genre territory to tell the sad but all too real story of a desperate LA strip joint owner and gambling addict who’s co-opted by his mob bookies into doing them a solid by carrying out a hit on the Chinese bookie of the title.

Brilliantly played by the ruggedly charming Ben Gazzara, strip-club owner Cosmo Vitelli becomes a memorable existential anti-hero whose darkly comic bumbling attempts to stay one step ahead of his tormentors provide plenty of opportunity for Cassavetes to quietly explore his favourite themes against the gritty backdrop of the underbelly of LA.

From writer’s block to alcoholism, these are gems waiting to be discovered and rediscovered
Art & Design
8 months ago
Next Article
© Wanted 2022 - If you would like to reproduce this article please email us.