Invest in artists who are experimenting and feeling things out 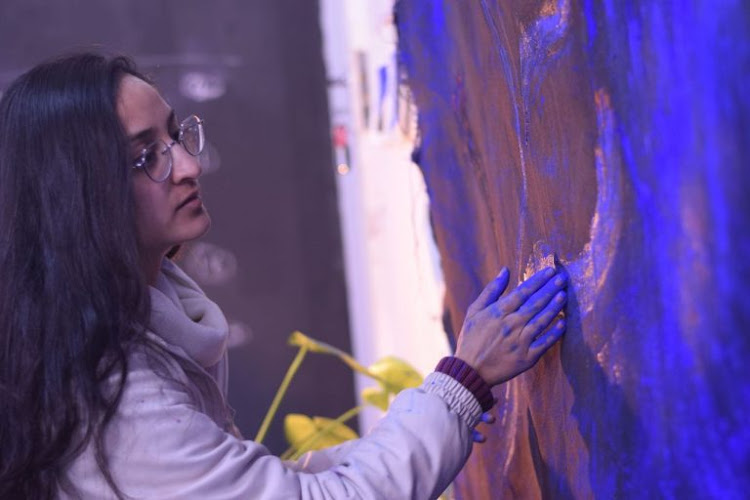 This month’s column is a little different. We’re looking at artists who are experimenting in spaces that allow for interdisciplinary practice, collaboration and feeling things out, where the limitations on creative expression are flexible and porous. Supportive networks such as August House in Doornfontein and the Bag Factory Artist Studios in Fordsburg allow for tangential connections between makers of fine art while providing important platforms for visibility and residencies to artists in training.

Fordsburg is a neighbourhood rich in political history and cultural diversity. A mix of industrial, residential and commercial spaces, its development is a reflection of the people that call this area home. Fordsburg is also the location of the Bag Factory Artist Studios where Cheriese Dilrajh and Hemali Khoosal recently exhibited their debut collaborative show In Passing.

Dilrajh and Khoosal applied for the Bag Factory Young Womxn Studio Bursary in October last year, and once accepted, were paired together for the duration of the residency, quickly discovering incidental yet fruitful overlapping themes in their work. It was Fordsburg itself that provided inspiration for the body of work the artists exhibited as an outcome of their residency - a poignantly relevant mix of video and textile work, photographic prints and installation that speaks to their positionality as young women in contemporary SA.

“It’s both important and scary to be representing stories that haven’t been represented as much as they should be,” Khoosal told me as she spoke about her experience making art with Dilrajh and putting the exhibition together. “I think this is the first time in my work where I’ve directly referenced my own background.” Her video work, Rose-tinted Lenz, is an evocative documentation of a childhood journey between spaces of whiteness and spaces of colour, and the effect of this transition on her identity. “That was a new step, a new level of vulnerability.” 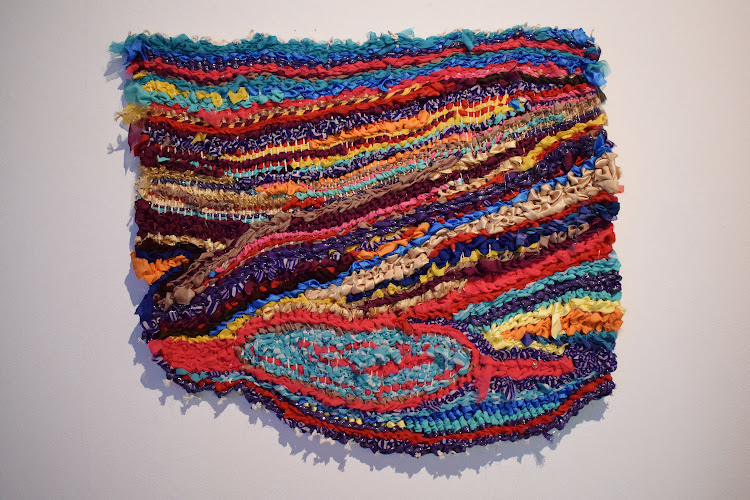 Khoosal and Dilrajh craft intoxicatingly fictitious narratives and construct spaces that explore stories that might exist in a parallel world. Khoosal’s monotype ink prints evoke movements, patterns and secret worlds in black ink. Dilrajh’s photographic collages depict synthetic retail environments in vivid hues against serene blue skies that are at once jarring, yet familiar. Notions of movement and migration, both personal and political, are rich sources of material for both artists. Dilrajh is aware of the tightrope that must be walked when creating work that references social issues, but also connects intimately to personal experience. “Even if I have things about my background that come through in my work, it’s more experience-based. It’s more about navigating the ways of being. It’s more about this is the way I experience the world.” 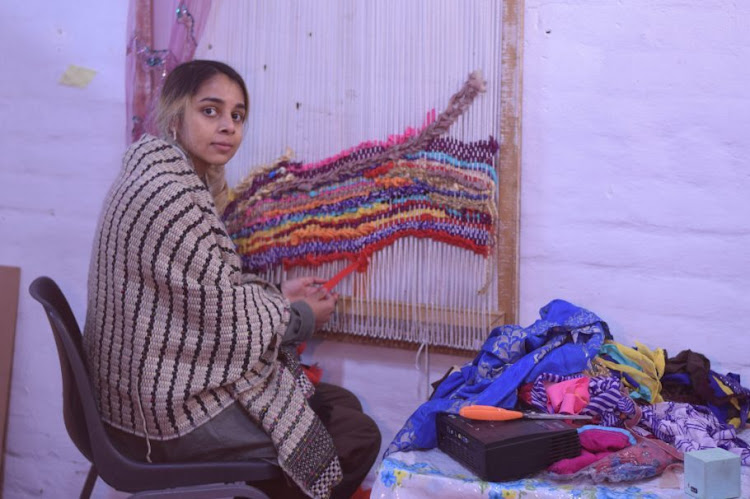 Their piece titled The ties that bind you, that cannot be separated (without violence) is an incisive comment on what she terms ‘social practice architecture’, and how female characters in their personal history affected the spaces they inhabited. Through personal exploration and excavation, Dilrajh attempts to surface feminine narratives that have been hidden and subsumed by the tides of male-dominated histories. The vibrantly-coloured saris, woven together by hand, evoke the invisibility of feminine labour but also the interlinking of female stories through the generations. 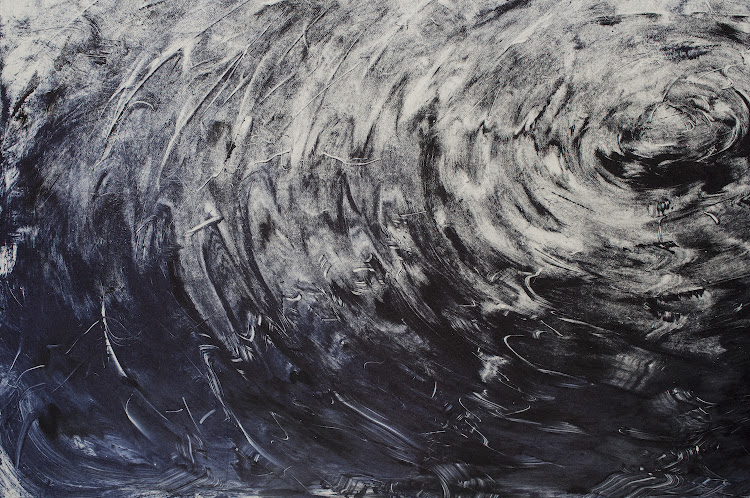 Khotso Motsoeneng’s studio is a hive of activity. Paintings in progress and ones wrapped up and ready for their new homes adorn the walls and floors, while paint cans of various hues litter the floor. Motsoeneng tells me that his interest in art started in high school, when he would snap portraits of his friends for pocket money with his brother’s point and shoot camera, which eventually led to him pursuing photography in 2013 at the Tshwane University of Technology .

But frequent forays into the intoxicating world of fine art kept distracting him. It was a dawning awareness that fine art didn’t need to represent the world in photographic realness that launched his budding career. “I also appreciate those times, because that’s where I got more time to focus on spending time with fine artists and engaging with them.” 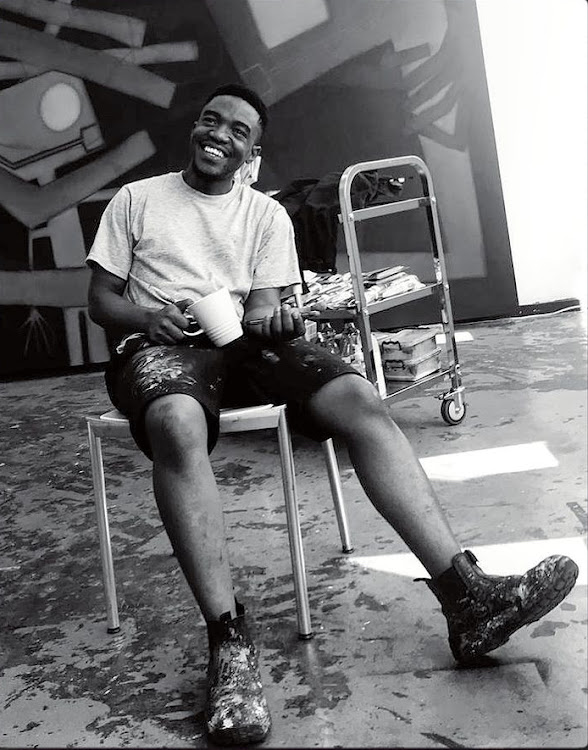 Motsoeneng took up studio space in August House in October last year. This vibrant artist-led space offers not only studios in which to practice, but also collaborative opportunities with other institutions, artists and dynamic platforms that foreground professional practice and extend artworks into the public realm in a sensitive and thoughtful way.

You’d be forgiven for drawing parallels between Motsoeneng’s techniques and those of early Surrealist and Dadaist artists at the turn of the 20th century. His photographs of vivid daily life in Joburg, the ubiquitous informal recycler trolleys that city dwellers are familiar with, are incorporated into his early paintings through tracing, along with collages of found text from newspapers. Motsoeneng’s methodology of instinctively allowing the medium to guide the creation of the works also later extended to the materials he was using to paint on. “When I ran out of canvas, I started working on wood. Somewhere, somehow, a voice inside said: The wood already has a story to tell. The patterns are already a message for you.”

Even though he now works on paper and canvas, it was these early experiments with texts and material that guided his conceptual frameworks and his understanding of how medium and colour can convey dense emotional states. “I try to imagine what my story would look like if it came in the form of patterns, and using colour as a way of tapping into emotion.” It is through his work that he dives deeply into the contested world of semiotics and how we think about and understand art. Why are meanings ascribed to certain colours? What does it mean to be an artist who has to explain his output? “It’s always a conversation between me and my paint cans. Trying to figure out what I’m feeling that day.” 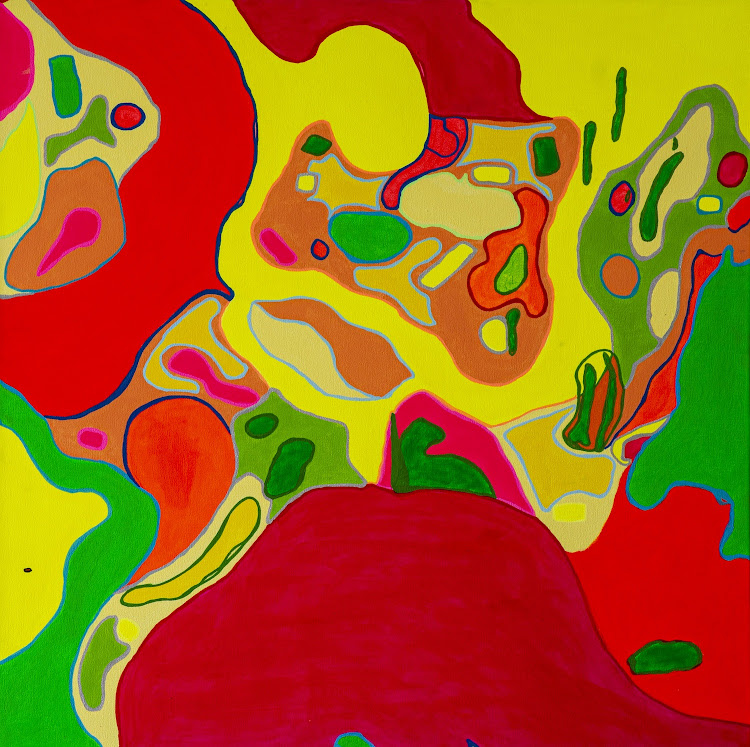 It is this intense self-awareness and criticality that speaks to an artist who is beginning to explore the boundaries (real or imagined) of his practice. “I always wonder: Should all my paintings have stories and meanings behind them? Or are others just for me?” Motsoeneng has previously exhibited at the Latitudes Online art fair, and is planning to unveil a new body of work at the upcoming Turbine Art Fair at the end of September. He has also engaged in a collaboration with the META Foundation under the mentorship of artist Mary Sibande as part of their the problem with African contemporary art is…? exhibition, which opens on September 18.

In this month’s column, we explore local artists who find their inspiration in the human form, in all of its unique and complex fragility
Art & Design
11 months ago

Movement people alone and in groups from one part of the world to another is how we form complex multitudes of identities
Art & Design
10 months ago
Next Article
© Wanted 2022 - If you would like to reproduce this article please email us.