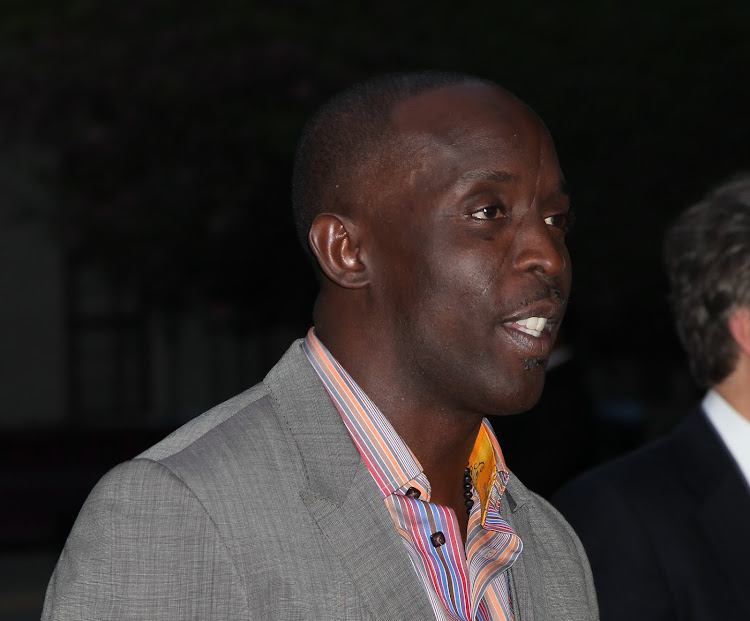 With the tragic death of actor Michael K. Williams on Monday, this week’s column pays tribute to the extraordinary career of one of recent screen history’s most talented and groundbreaking performers. Over two decades, Williams created a unique body of work characterised by a brilliant ability to create empathetic and complex portraits of black male characters often sidelined in mainstream American on-screen representations.

“Omar is coming!” and indeed he did, quickly emerging as this groundbreaking multi-character, multilayered social drama’s closest thing it had to a hero. Using his distinctive facial scar, laconic delivery and centring the character’s identity as a gay man, Williams turned Robin Hood stickup man Omar Little from an also-ran composite character into a firm fan and writer favourite with a complex arc that drove much of the overall story.

With his duster coat, sawn-off shotgun and streetwise sardonic words of wisdom that both he and everyone else embroiled in the ruthless dog-eat-dog world of the Baltimore drug business could live by, Omar was the wise seer who had no illusions about the grim realities of his environment and the short life expectancy of its players.

For Omar it was “all in the game,” and his singular, but firmly observed moral code was what kept him on the right side of the tenuous line between the dealers he stole from and the people they exploited for their profit. As he told drug dealer lawyer Maurice Levy in one of television’s most memorable courtroom scenes, there was no real separation between them: “I’ve got the shotgun. You’ve got the briefcase.” Both were playing the game with the best tools they had at their disposal, but only one of them had the ability to realise it.

Omar’s moral code also became the driving force for his long running battle with the Barksdale drug empire.  Their cruel torture of his boyfriend Brandon before they killed him, was an unforgivable breaking of the rules of the game. Likewise when Barksdale’s gunmen broke the unspoken ‘no killing on Sunday’ rule and attempted to kill him while he was taking his beloved grandmother to church, this was a bridge too far that sent Omar on a single-minded, all-consuming quest for revenge that threatened to set hellfire to much of Baltimore in its wake.

By the time Omar met his inescapable and all too depressingly true-to-life, underwhelming death at the hands of a tiny boy’s gun in a convenience store in the show's final season, he had proved to The Wire’s increasingly obsessive legion of fans to be so much more than the “unidentified black male,” tag tied to his body in the morgue. The character had also changed the course of television history and Williams’ career forever.

The best of Omar Little:

Williams’ longest running screen performance was as the sharp-dressed, doggedly loyal but firmly self-made and independent black 1920s bootlegger Chalky White in Terence Winter’s epic gangster series. Drawing on the experiences of his own estranged father who had grown up in the Jim Crow-era South, Williams gave White a quiet dignity and menacing undercurrent that made him the perfect ally for the show’s protagonist — Steve Buscemi’s cunningly ruthless mobster turned political power broker Enoch “Nucky” Thompson.

Over five seasons White became the always distinctive face of a complicated untold chapter in American history — the growth and operation of African American gangsters in a shadow world where any kind of opportunities were almost impossible under the repression of racial segregation and their ability to use what power they had to better the lives of their communities.

It didn’t hurt that the role gave the actor an opportunity to demonstrate his style chops in White’s signature series of dapperly tailored three-piece suits — a far cry from the hoodies and durags of Omar Little’s Baltimore street wear.

Like Omar, Chalky was governed by his own personal and unbreakable moral code that would ultimately prove his undoing in a cruel world that wasn’t ready for his ahead-of-its-time approach to black self-determination. As Williams said of the role in a 2014 interview with Life and Times: “It was an homage to my ancestors, my dad, uncles, who lived in that era. It was an homage to them and what they dealt with. I was very proud to play a character like Chalky who came from seeing his father being lynched and [only having] a limited education, but still had the finer things in life and gave his kids the best life he could. That’s the American dream right there. As a Black man, being able to play a role like that, especially in that time and era, it made me very proud and was a very humbling experience.”

Chalky White deals with the Klan:

The three series of Sundance TV’s slyly cool adaptation of the cult books by Joe Lansdale provided Williams with perhaps the most challenging role of his career and easily his most wide-ranging and complex one.

Playing Leonard, the gay, conservative Vietnam vet with major anger issues, Williams showed that he could do more than just be the scary looking tough guy, creating a character who was a leading man, a romantic lead and a seriously drolly funny man who wasn’t only the foil to James Purefoy’s tough, former conscientious objector Hap, but also a character in his own right.

Together the two best but completely mismatched friends find themselves up against the racist, macho forces of prejudice in the fictional town of LaBorde, east Texas, during the last days of the Reagan era in America’s conservative heartland.

Criminally underappreciated and not nearly as watched as much of his other work, it’s a thoroughly entertaining and engaging, darkly comic neo-noir series that has at its heart the idiosyncratic but relatable friendship between its characters whose devotion and loyalty to each other is often the biggest obstacle to their success.

As Williams himself described it: “It’s a great story being told about friendship, masculinity and about male friendships in America; about sexuality; about race; all of the above.”

From writer’s block to alcoholism, these are gems waiting to be discovered and rediscovered
Art & Design
10 months ago

This week's trio of films focus on food and family
Art & Design
10 months ago
Next Article
© Wanted 2022 - If you would like to reproduce this article please email us.