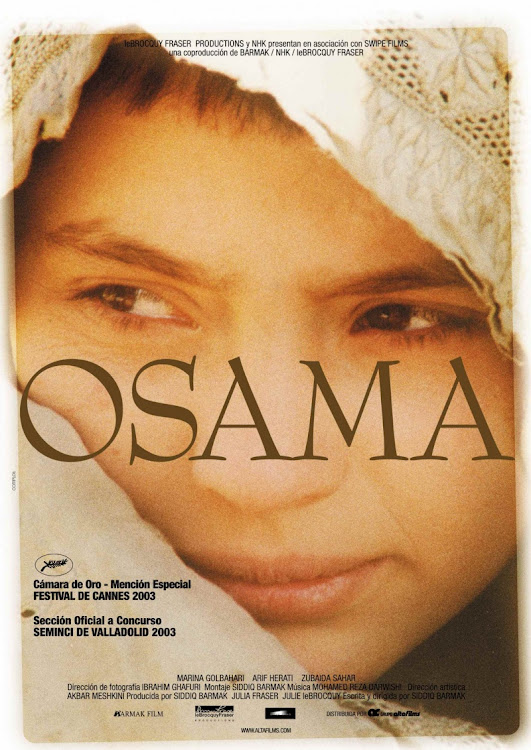 Osama — Rent or buy from Amazon.com

Siddiq Barmark’s deeply moving and timely drama from 2003 was the first film to be entirely shot in Afghanistan since 1996, when the religious fundamentalist Taliban regime first came to power in the country.

It tells the story of a pre-adolescent girl, Osama, who grows up under the Taliban in a household devoid of the presence of men. In a fundamentalist society governed by stringent Islamic law, Osama, her mother and her grandmother are prevented from leaving their house without a male escort or to work, and as a result they are left to starve to death. Desperate times call for desperate measures and so Osama’s grandmother hatches a plan to cut off her granddaughter’s hair, disguise her as a boy and send her into the volatile world outside to find work and food for the family.

As Osama embarks upon her journey we’re shown the harsh realities of the virulently anti-female world of the regime where women are treated little better than slaves, their fates and bodies completely controlled by men.

As the Taliban now returns to take power yet again in Afghanistan, this is a powerful and empathetic feminist-centred piece of social justice filmmaking that reminds us that in spite of the regime’s recent promises that women will be treated with respect this time around, the evidence provided by their past experiences indicates that it will be highly unlikely that things will change. 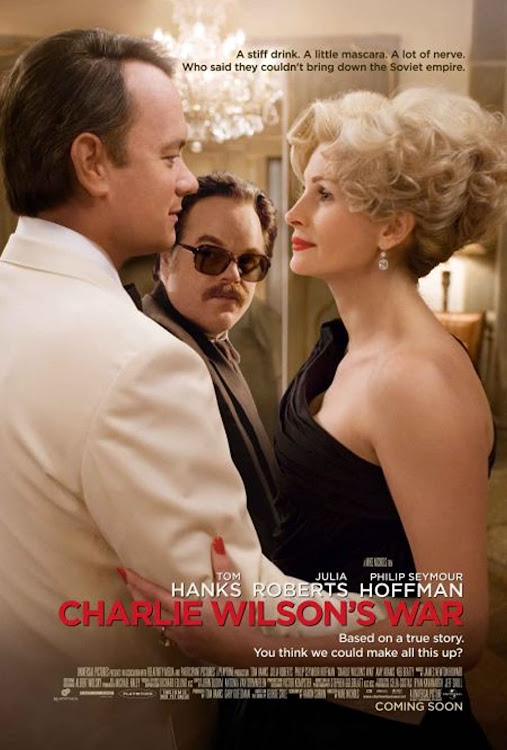 No US director was ever quite so adept at handling the fast-quipping demands of political satire as Mike Nichols and this 2007 comedy about the so-crazy-they-had-to-be-true adventures of bad boy 1980s Texas congressman Charlie Wilson is one of his best.

Starring Tom Hanks as the cocaine-snorting, calendar-girl loving Wilson and featuring a standout performance from the late great and still much missed Philip Seymour Hoffman as his much-beleaguered, grumpy CIA Afghanistan desk expert Gus Avrakatos, it’s an informative and hugely entertaining true story about how Wilson became involved in spearheading the Reagan administration’s support of the mujahideen forces in the Cold War battle against the Soviet Union.

As we now know, one of the beneficiaries of Wilson’s rapidly increasing multimillion-dollar arms shipments was the young Osama bin Laden, who after the end of the Soviet-Afghan war went on to form Al-Qaeda, plan and execute the September 11 2001 terrorist attacks on the US and lead that country back into Afghanistan with devastating consequences.

Hanks gives a career best performance as Wilson — a true individualist with some questionable tastes whose heart was at the time, firmly in what he believed was the right place and who used his serious political wrangling skills to light a fire under the posterior of a Reagan administration that was initially reluctant to see what was happening in Afghanistan, as part of their broader Cold War project.

He may not have been able to see the long-term effects of his plan but nobody worked harder to do what is now in hindsight the completely wrong thing than good ol’ Charlie Wilson. 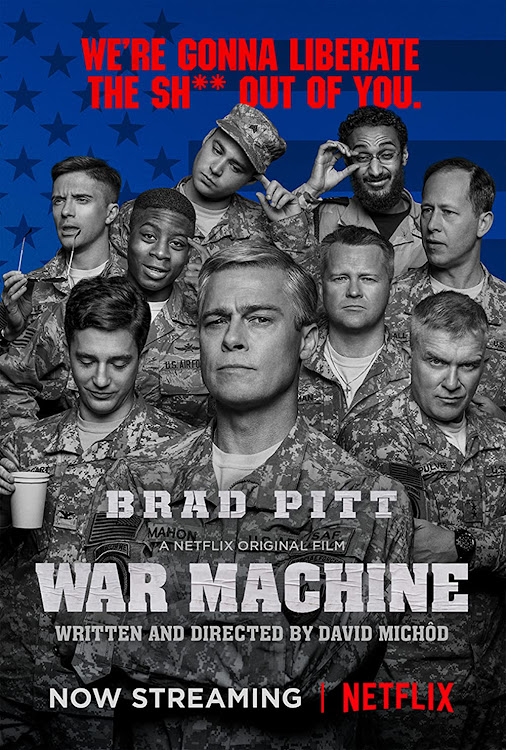 David Michôd’s political comedy, starring Brad Pitt, about the Kafkaesque realpolitik of the US strategy in post 9/11 Afghanistan was received with lukewarm critical appreciation upon its initial release in 2017. With the realities that have unfolded in the wake of the recent US troop withdrawal, the film has proven itself to be prescient and deserving of a second chance.

Based on a book by journalist Michael Hastings, it’s the true story of Pitt’s eccentric but straight up and down career military man Gen Glenn McMahon, who is appointed as President Obama’s man in Afghanistan in 2009. He’s tasked with taking a no-nonsense approach to the chaotic mess that is the US’s war in the country, and finishing it once and for all.

While he’s excited and dedicated and ready to whip some serious arse in service of his mission, McMahon quickly comes to realise that the whole thing is a maelstrom of bureaucratic insanity that seems to have only one goal in mind — making sure that he’ll never be able to do anything of any consequence.

It’s not always on solid ground as it rushes to include all the many elements of the realities on the ground that need to be run through, but with a strong, singular just as over-the-top-as-it-needs-to-be performance from Pitt and a keen sense of the impossible to bridge cavernous divide between experience and ideals, it offers a sharply satirical look at the realities of modern war that shows why the war was unwinnable from the moment US boots hit the ground.

From writer’s block to alcoholism, these are gems waiting to be discovered and rediscovered
Art & Design
10 months ago

This week's trio of must-watch films have some element of Britishness in them
Art & Design
10 months ago
Next Article
© Wanted 2022 - If you would like to reproduce this article please email us.