For the current generation, who can’t afford property like their parents did, décor is all the more important because it’s stuff you can take with you 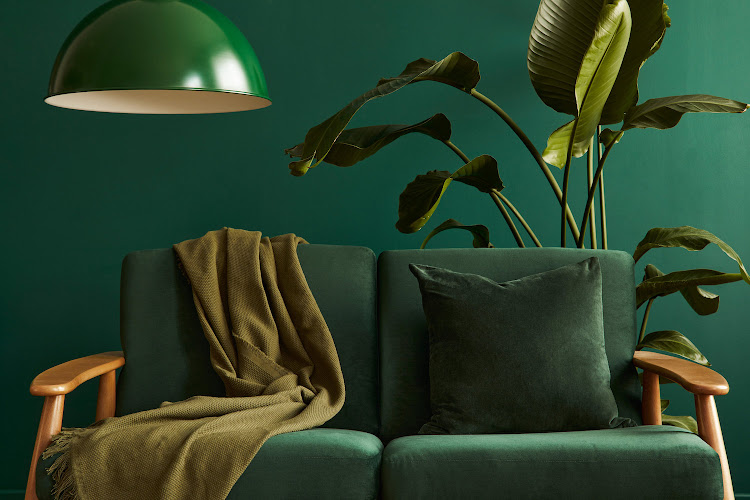 Theoretically, buying furniture shouldn’t be taxing; you want somewhere to eat, and somewhere to sit and look at things. Our couch was looking sorry for itself after countless spaghetti Bolognese dinners and too many gripping crime dramas. A change was required.

Four legs and a seat should be relatively simple to arrange into a pleasing format, surely? But no. A couch has to look good in a variety of spaces, which is why they’re mostly neutral-coloured boxy things. But who decided that a couch needs to have the same colour palette as a Land Rover? After all, more than merely being places on which to vegetate in front of the TV, your furnishings betray more about the deep stirrings of your unconscious than you may realise. So what are you saying about yourself when you buy a boring couch?

We want furniture befitting the beautiful lives we envision ourselves leading. We want things that show we are interesting and sensitive souls. There are many options. But with choice comes the possibility of grievous error. You could end up looking like a gaudy bordello (bad) or a furniture showroom (worse). If Pascal said that most of our troubles stem from an inability to sit quietly in a room, then it’s probably because we’re fleeing our bad furnishings.

You’ve probably paged enviously through décor magazines, cursing the impossibly interesting homes with their luxurious throws and indulgent wallpaper. Other people’s homes are always soothing and restful. The host reclines on a taxidermied Galapagos tortoise and makes it sound like they picked out all their décor in one sustained morning of browsing at a store only cool people have heard of.

My first flat was a stylistic tragedy. I’d crammed it with refugees from past lives and then clumsily tried to correct things with new stuff. There was the obligatory sleeper-couch, because when you’re young, things that do more than one thing are cool. It was black and it was locked in a stand-off with the dominating glossy flat-screen all men buy with their first pay cheque. The floors and the walls were desperately bare and the whole place was as welcoming as an abandoned warehouse. 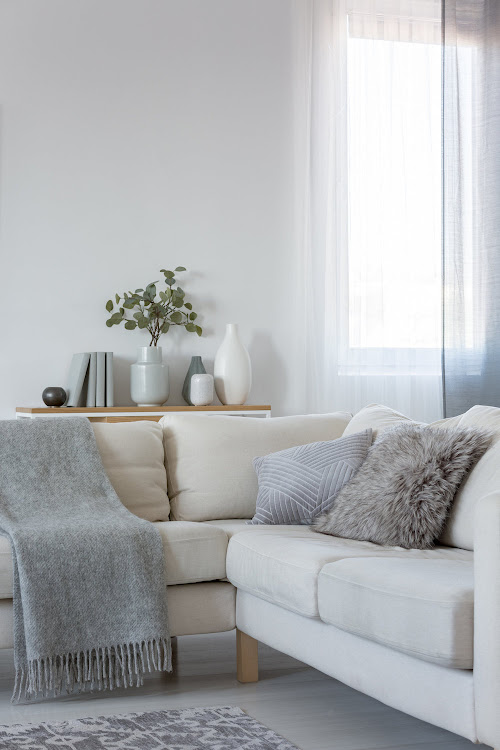 When you eventually earn a bit more, your couch options are mostly plain overstuffed things that will henceforth be a glaring reminder of your consumerist cop-out. Like buying the complete outfit the dummy is wearing, planning your décor around a spread you liked in a magazine is the best way to ensure that your home looks like the set of a bad sitcom.

What’s the solution? Many of us spend our days poring over social media or blogs in which aggressively stylish people in shirts with pastel watermelons on them sell repurposed furniture. There’s no shortage of influencers waiting to convince you that you need a copper coffee table made from a boiler salvaged from a hotel that was demolished in 1973.

My own furniture hunting was equally frustrating. I took my partner along because she understands how colour works. A man left unsupervised will buy anything big and leathery. But peeled cow is actually a weird thing to look at every day. So we printed out several hundred images gleaned from Pinterest and set forth. The first shops to be dismissed were the chains that wanted to sell us squashy nondescript variations in Sahara (beige), Hummus (beige) or Desert Moon (impractical beige). One salesperson tried desperately to interest us in the “Plantation” lounge suit. He looked at me blankly when I asked if there was a Jim Crow table to go with them.

For our generation, defined by its inability to afford property the way our parents could, décor is far more important because it’s the stuff you can take with you. Proof of this is the return of kitsch. We’re told that our spaces should look like a giant Mood Board for the age of curating:  velvet, bronze, Delicious monsters in every corner and fern wallpaper on every wall, crockery that looks like a petulant child made it. Juxtaposition rules. Out goes the lounge suit and in goes a 70s couch and two mismatched Eames replicas. This is Kitsch Reborn, which is just consumerist nostalgia, really, but it doesn’t cost an arm and a leg and it allows you to feel smug about your display of choosiness.

So where did all of this leave us? Just when it seemed we would have to re-curate our lounge as an avant-garde standing-space, The Couch appeared. It was pretty. It could accommodate three. And it was a verdant green. It wasn’t “sourced” from the estate of someone who died in their 90s. It was brand new and probably assembled in China, and if it ever catches fire it will probably burn for a thousand years. But it’s ours and we like it.

We speak to seven designers and innovative thinkers who are moulding a contemporary narrative for how local skills, materials, and cultural knowledge ...
Art & Design
10 months ago

Brian McKechnie on the grand architecture and design compendiums that you need in your life and your living room now
Art & Design
1 year ago
Next Article
© Wanted 2022 - If you would like to reproduce this article please email us.