Opening this weekend, Strauss & Co’s auction is set to be a feast for art lovers looking to expand their collections 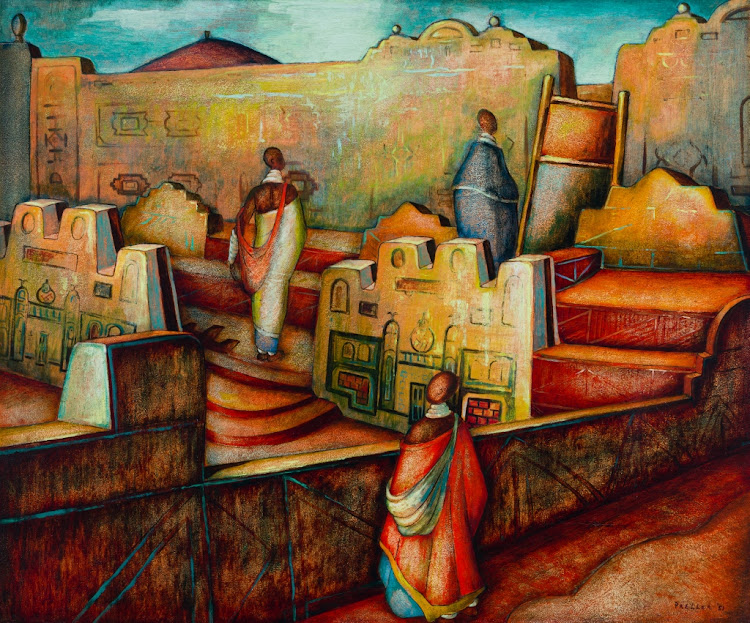 This Sunday will see the opening of Strauss & Co’s auction, starting with the Single-Owner Private Collection of Fine Wines (May 16), and closing with the Modern, Post-War and Contemporary Art collection (May 17—18). The auction will be open for in-person bidding at the Strauss & Co offices in Houghton, but will also be live-streamed to bidders across the world who can browse the 3D exhibition online.

With more than 200 lots of works by important modern, post-war, and contemporary artists and a number of rare pieces worthy of any impressive art collection, we spoke to Dr Alastair Meredith, senior art specialist at Strauss & Co, to find out what notable artworks avid collectors should keep an eye out for.

Certainly not the only Kentridge work in the auction, Untitled Drawing for Il Ritorno d’Ulisse is a significant piece that forms part of his artistic career, drawing both on previous imagery used by the artist and preceding new motifs in his work. 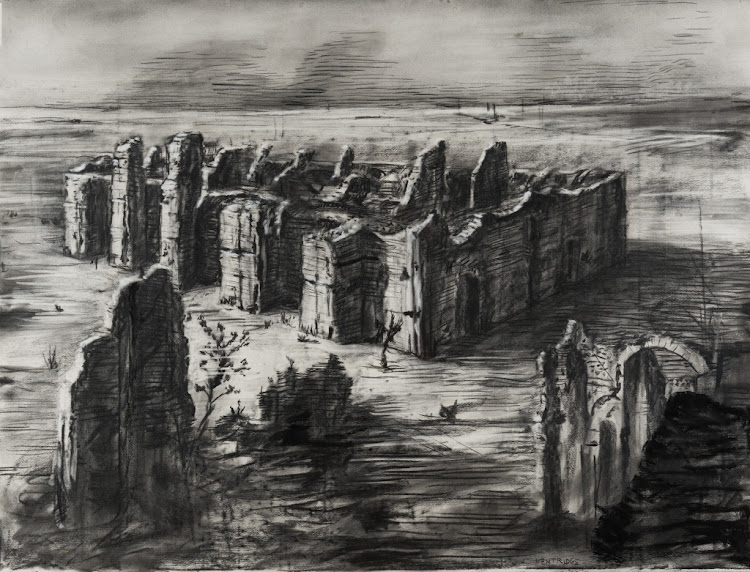 It was one of about 40 drawings that Kentridge drew for the first opera he directed in 1998, Il Ritorno d’Ulisse. Centred on Ulysses, a character in Homer’s poem Iliad, and his return home following 10 years of the Trojan War and another 10 years of trying to find his way home, the drawing was used as a digitised screen backdrop for the stage that represented Ulysses’ subconscious. It is likely that the drawing represents the last 10 years Ulysses spent at war and the ruins his people and country have been reduced to.

Painted in the late 1920s or early 1930s, Study for Klipriviersberg, Alberton is related to Pierneef’s most important major commission for the Johannesburg railway station for which he was asked to paint 32 large-scale murals.

He spent two years travelling to various spots about SA to select the views that he would paint, settling on this portrayal of a farm in Klipriviersberg, Alberton, as one. 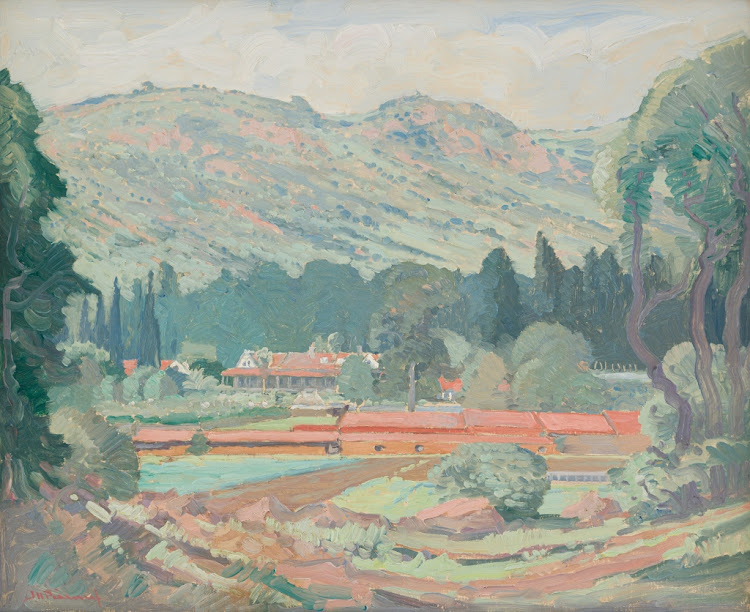 “This is the only known out and out oil painting study of the major Klipriviersberg, Alberton station panel,” says Meredith. “It’s a historically very, very important work.”

The house in the painting still stands and it appears as though Pierneef knew the family well. According to Meredith, there is evidence of him painting scenes on the farm in the early 1920s, and for him to choose it as one of his major station panels suggests that it was perhaps a special place for him. 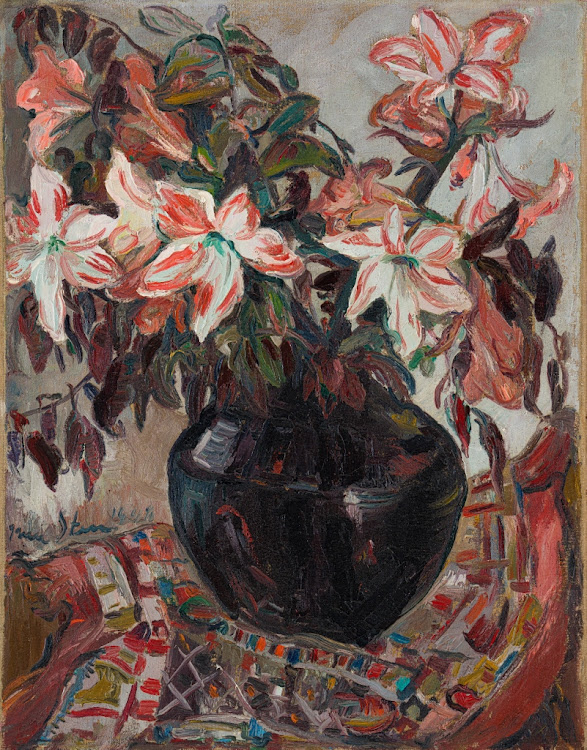 Irma Stern is regarded as SA’s most important expressionist painter. Her Still Life with Lilies was painted in 1948, a time that Meredith refers to as the “Stern sweet spot” — a period in which she was an avid traveller and produced some of her most important works.

“These works would’ve been quite a shock to most viewers at the time,” says Meredith. “You need to bear in mind that other artists in SA were much more naturalistic, they were much more conservative. It’s fantastic that an artist in SA in the mid- to late 1940s is painting in that way with so much confidence.”

The Martaban jar in the painting, which was placed on a Japanese-inspired textile, is probably one that Stern would’ve collected on one of her trips to Zanzibar. And while Stern was an avid gardener, it is likely that she bought the lilies that form the focus of the painting from the flower sellers on Adderley Street in Cape Town.

Sydney Kumalo is possibly SA’s most important mid-century black sculptor. “He’s an artist in huge demand, particularly his earlier work, and we would expect quite a lot of interest in a work like this. It’s also, arguably, Kumalo’s most recognisable and familiar sculpture,” Meredith says of his bronze Saint Francis.

This work was conceived in 1961 and has a strong religious theme, as many of the works he produced during his early career had. 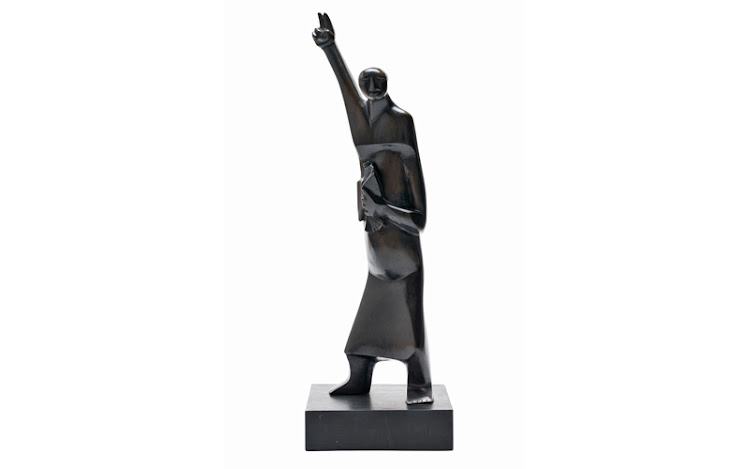 It depicts Saint Francis tenderly clutching a dove to his belly as the religious aspect, but it also has a strong political tone as his right arm pointing heavenwards is reminiscent of the Amandla salute.

Only 10 of these bronzes were cast and five of them — that Meredith knows of — are housed in major private and state institutions, making this a museum-grade sculpture.

Dumile Feni’s Anguished Woman is what can be described as a very rare piece. “It’s rare particularly because it’s what we would describe as a pre-exile bronze,” says Meredith. Feni, like many black South African artists living in apartheid SA, went into self-imposed exile in 1968.

This particular work was produced and cast some time in late 1967 or early 1968 just before he left the country, making it one of the last bronzes he made in SA. 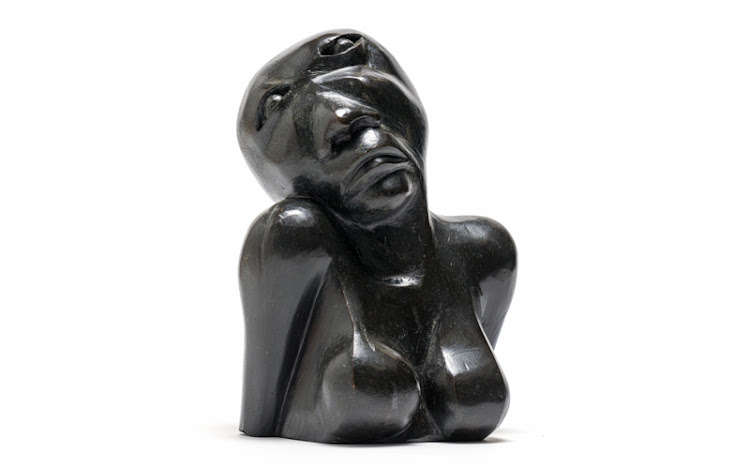 The work portrays a sorrowful figure with a very thin, frowning mouth. “It’s a work filled with pathos, it’s a work that I think evokes sympathy from a viewer.” It’s also a work, like the Saint Francis, that has a deep political undercurrent, says Meredith. “You need to remember that Dumile Feni is on the verge of leaving the country because of the horrific political injustices that he’s witnessing, and this work very much embodies that kind of sorrow and fear and misery.”

Of the three works by Alexis Preller that will be on sale in the auction, Meredith says two are major museum-grade pieces: a work called Grand Mapogga II, and another called Mapogga Terrace.

Painted in 1951 at a time when Preller was building momentum as far as his career was concerned, Mapogga Terrace is one of the early marks of the artist’s career. He produced the painting after having returned to Pretoria after spending time in prisoner of war camps in North Africa, in the Middle East and the Mediterranean.

On his return, he took a great interest in the Mapogga people, or the Ndebele villages on the outskirts of Pretoria, and spent a lot of time visiting them, observing them, drawing them and painting them.

“Preller painted amazing works of the Mapogga using them as subject matter all the way really up until the late 1950s,” says Meredith. According to him, a work like this is arguably one of the most important works that has come onto the market in recent years.

• The Strauss & Co auction will take place from May 16—18. For more information on the collections, and how to bid visit Strauss & Co’s website.

This month, take in works produced by local and international artists, including Joël Mpah Dooh, Faith XLVII, Deborah Poynton, and a collaboration of ...
Art & Design
8 months ago

Enjoy a wall-by-wall encounter with street art on a monumental scale
Art & Design
8 months ago
Next Article
© Wanted 2022 - If you would like to reproduce this article please email us.