Coining it: Cash in on the art (and value) of coin collecting

Graham Wood speaks to the numismatic experts to unpack the complexities of the value held by these strange, talismanic objects

“Do you realise what the future value of those coins is going to be?” asks Rael Demby, COO of the South African Gold Coin Exchange and The Scoin Shops. He’s talking about the commemorative coins issued by the Japan Mint for the Olympic Games Tokyo 2020, part of an explanation of how rare and collectable coins find their value.

Christine Roux, general manager: sales and marketing at the South African Mint elaborates, “The inherent value of bullion coins lies in their metal content and they are usually produced in large numbers based on demand.” She’s talking about “collectable coins and investment coins like the Krugerrand”. In other words, their price is determined largely by what Demby calls their “inherent value”: the value of the gold they’re made from.

But then, some coins gain a “numismatic premium” — something that marks them as rare and special, particularly when they’re associated with major historical events. It’s the magic ingredient that differentiates a truly collectable coin from its intrinsic value.

The global Covid-19 pandemic has resulted in the Olympics being moved out a year, and so the coins bear the “wrong” year. In time, these coins will become a historical embodiment of the discontinuities and upheavals of our own time, which coin collectors, years from now, will very likely prize.

Mint condition: Three limited-edition coins to add to your collection

While national mints issue limited editions of certain coins to ensure their rarity — “Only 125 of the R500 gold coins of the SA25 Celebrating South Africa collectable range were produced,” says Roux — this X-factor cannot be predicted or manufactured.

Often in the world of collectable coins, it’s the anomalies and mishaps, where the currency has a quirk that comes to embody a historical event, that send prices through the roof. It’s that sense of being able to touch history — to hold an object in your hand charged with significance that connects with another time — that coin collectors prize.

The pandemic and its resulting economic fallout, however, also have people reconsidering their assets and investments. In this period of history, where so much of life seems strangely digital and vaguely unreal, the tangible quality of gold, for example, is reassuring.

There’s a surge of interest in what analysts call alternative-investment categories, which include the likes of coins, art, classic cars, and wine. Dr Paul Bayliss, senior specialist art curator at Absa and head of the Absa Money Museum, points out: “During any uncertain time, like we find ourselves in now, gold tends to become a safe haven.”

Gold and silver coins — Krugerrands, for example, which are among the best-known gold coins in the world — are, of course, one of the best and most accessible ways for ordinary people to own gold. 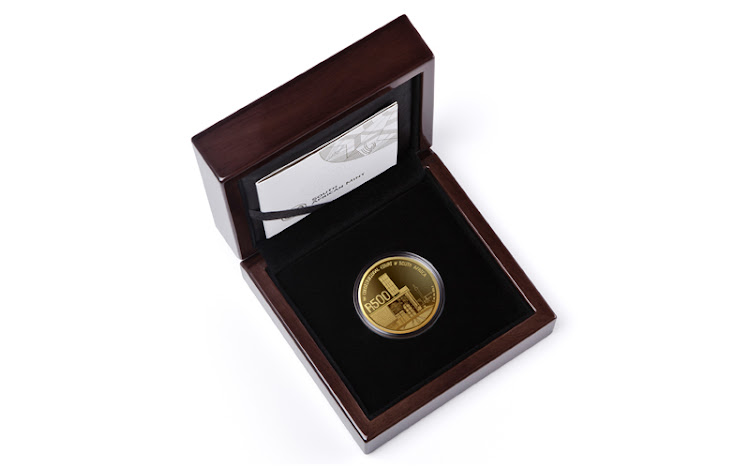 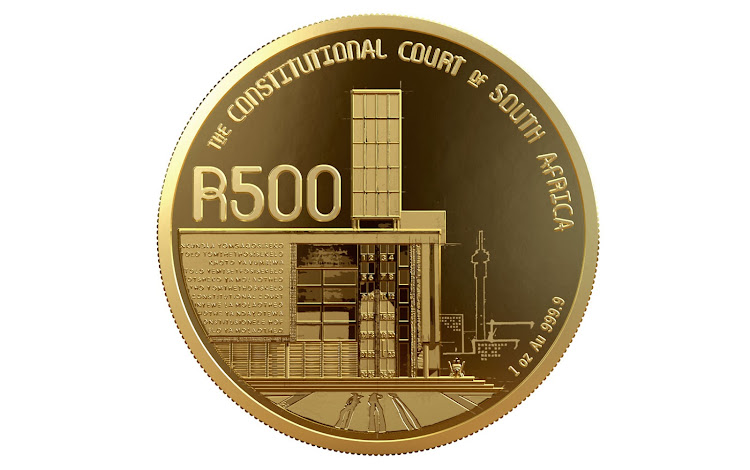 Demby believes that gold is an excellent “hedge against the rest of your investment... 10% or 15% of your money should be in gold,” he says.

Brian Hern, author of South Africa’s best-known handbooks and catalogues on numismatics, explains that such gold coins are generally produced en masse according to demand, and are primarily a “store of wealth”. As Demby explains, they will always retain the value of the gold they’re made from, at the very least.

But there’s another side of the story: numismatics — which, Bayliss explains, are “coins, banknotes, tokens, any form of currency” — that are rare and sought after can carry huge premiums.

Walking me though the history of numismatics in South Africa, Hern points out that the last gold coin made for general circulation was minted in 1932. The first Krugerrand was issued in 1967.

Demby says, “We [Scoin] have some incredible South African coins from the late 1800s, and these coins have an intrinsic value of R5,000 to R10,000, but they retail for over R1-million. So there’s nothing but the story, the sentiment, and the rarity that prove coins stand the test of time. It’s not just the gold.”

True coin collectors — essentially hobbyists — collect coins, notes, and tokens for all sorts of reasons, and it’s seldom for investment or to make a profit. Their collections, often painstakingly assembled over a lifetime, all have their own individual logic and raison d’etre.

“Coin collecting is a specialised pursuit and, while it is an investment class that can provide returns, many factors come into play to determine the value of a collectable coin. It is not a straight science like investing in bullion,” says Roux. “It is very much like buying art.”

“Collectors tend to focus on certain things,” explains Bayliss. “You might have collectors [who collect] only paper money, but they’re only going to collect money that comes from a certain governor… or they might only collect R10 notes through the history of time.” 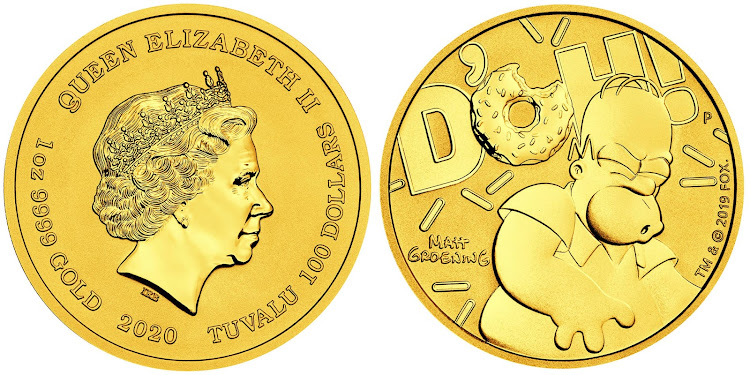 They’re looking for completeness, and know all sorts of baroque details about minting and the different weights, patterns, and designs of coins. “To build up a collection is not something that you’re going to be able to do overnight. It almost becomes a lifetime goal. What you find with most collectors is they actually don’t want to then sell their works, because they become collectors from the point of adding to the collection, filling gaps… that’s where they find their joy.”

The rule of thumb for figuring out whether an old coin has special value touches on three elements: “How many were minted, the condition of the coin, and then [whether there is] a historical event attached to that coin,” he explains.

When it comes to contemporary collectable coins, Roux says, true collectable coins “come with their own special packaging and certificates of authenticity, making them unique and more valuable to the numismatist”. For historical coins, international grading agencies authenticate collectable coins and rate their condition, which helps establish their value.

A PIECE OF HISTORY

Bayliss points out that, especially when it comes to old coins, an interest in history is essential to recognise and appreciate their significance. For example, the time around the South African wars produced some highly sought-after coins. They are not only of historical interest, but also, at that time in history, not many coins were minted, so they are “like hen’s teeth”, as Hern puts it.

One example that captures the imaginations of everyone I spoke to is the “Veldpond”; gold coins minted in Pilgrim’s Rest on an emergency makeshift mint during the South African War. The Boers sought temporary refuge in the town, where they built a die from mining equipment. Fewer than 1,000 of these coins were minted.

Between them, Bayliss and Hern can rattle off numerous other examples. Hern mentions the Griquatown coin produced in the early 1800s, South Africa’s first local currency. Bayliss mentions others, all saturated with human drama while dovetailing with historical narrative. He’s particularly fascinated with various forms of non-official currency, such as the tokens that were created in concentration camps in the South African War. He also mentions the notes that British commanders issued when money ran out while they were under siege in famous stand-offs like Mafikeng and Koffiefontein.

They carry with them that historical charge, that electricity of significance, their materiality imbued with meaning. But as far as their investment value is concerned, they’re unlikely to suddenly gather value. “You’re not going to buy a coin today and sell it in two years and make [a huge profit],” says Bayliss.

More compelling is the possibility that you already have something, but just don’t know its value: the Antiques Roadshow fantasy of finding something rare and valuable along with some junk you inherited, in the attic or in the basement. It’s not often, but also not unheard of, that real gems turn up unexpectedly. Usually, they had sentimental value to the owner, or were mementoes of travels, but weren’t bought or kept for investment purposes. 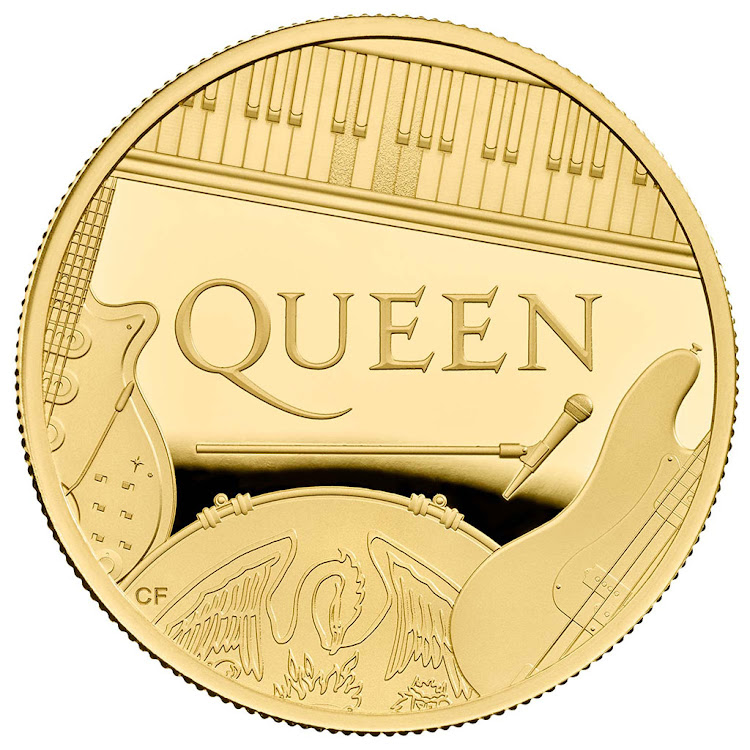 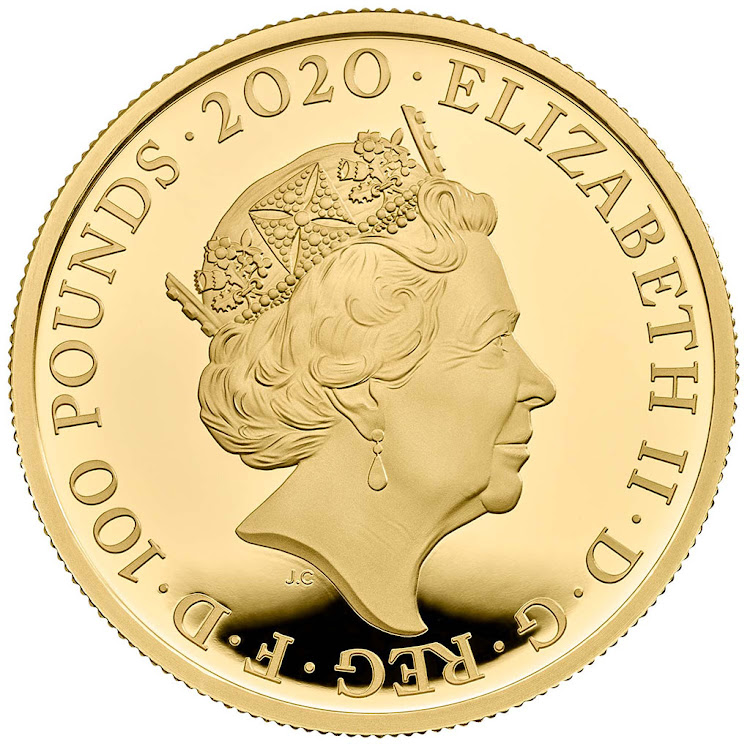 “Eight out of 10 times, people will come to us and say, ‘Look, I’ve got some stuff here.’ And they pull out 500 silver coins from their grandpa, and it’s worth the silver, not really worth much more,” says Demby. But every now and again something like a Veldpond turns up among them. “And it could be worth half-a-million rand.”

Bayliss recalls being called out to do valuations and being presented with a shoebox with 25 extremely rare coins that had been sitting in the back of a cupboard for decades. Demby recalls one client who found 150 Krugerrands in his father’s safe, which he knew nothing about.

“So, yes, there are gems around there,” says Bayliss.

You’ve got the LVMH stocks and the Krugerrands. Giulietta Talevi has some other investment options worth considering
Voices
2 years ago

The money bag: Why luxury handbags are a stylish investment opportunity

Isolate and enjoy: Why the art of collecting during lockdown is pretty stupid