Moving on up: Modern African art to go under the hammer with Aspire Art and Piasa

Aspire Art and Piasa auction house collaborate for a second time, and these are the pieces we’ve got our eye on

In the second of its highly successful collaborations with Piasa auction house in Paris, our very own Aspire Art Auctions looks set to introduce the best African and South African art to the city of lights on the 24th of June. Modern and Contemporary African Art, co-curated with Aspire, will showcase the work of 85 artists from 19 countries across East, West and Southern Africa; a sampling of creative output that highlights the exuberance and vitality characteristic of the continent. Here are a few of our favourite pieces.

This three-piece work, completed during one of the darkest periods of South African history just before the dawn of democracy, resonates with codified messages and pleas of equal rights for all. The left-hand panel includes symbols and representations of African culture that would be recognisable to those familiar with Ghana, Egypt, and Benin. The central panel graphically alludes to the horrors of the transatlantic slave trade, while the panel on the far right is explicit in the imagery and iconography of the civil-rights movement. Clarke’s messages of protest, embedded in collage and gouache, resonates as much today, over 30 years later, as it did when it was completed. This will be the first time a Clarke work comes to auction in mainland Europe, so expect lots of activity on this particular piece.

2. SAM NHLENGETHWA | Untitled (Interior with “Discussing Jazz at the Shebeen”). 1999. 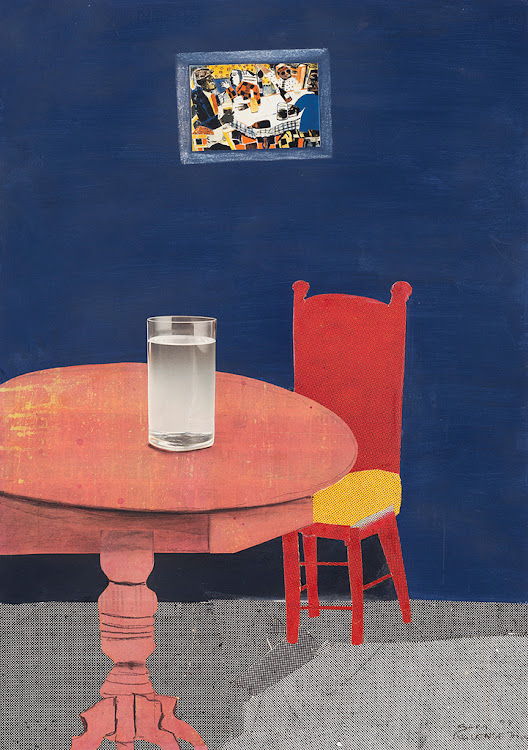 Nhlengethwa’s artistic career was solidified at his show South Africa, Yesterday, Today and Tomorrow in 1993, at the same time as the country of his birth was transitioning into democracy. A graduate of the Rorke’s Drift Art Centre, his works are textural evocations of the patterns, rhythms and tones of jazz and this particular work manages to speak both to the vibrancy and frisson of South African jazz culture in addition to a haunting sense of isolation. The energy, excitement and passion of a group of men at a table in a busy local drinking establishment, framed in a picture on the wall, stands in stark contrast to the empty chair and table in the foreground. A glass of water is positioned as if to lubricate a pending discussion, creating a composition that, through collage and colour, is as much about loneliness as it is about community.

JP Mika, a graduate of the Académie des Beaux-Arts in Kinshasa, is associated with the first generation of master painters in the Democratic Republic of Congo. His works pulse with an urgency and vibrant energy that mirrors the culture in the streets and markets of his home city, where he is known by his friends and colleagues as the god of detail. 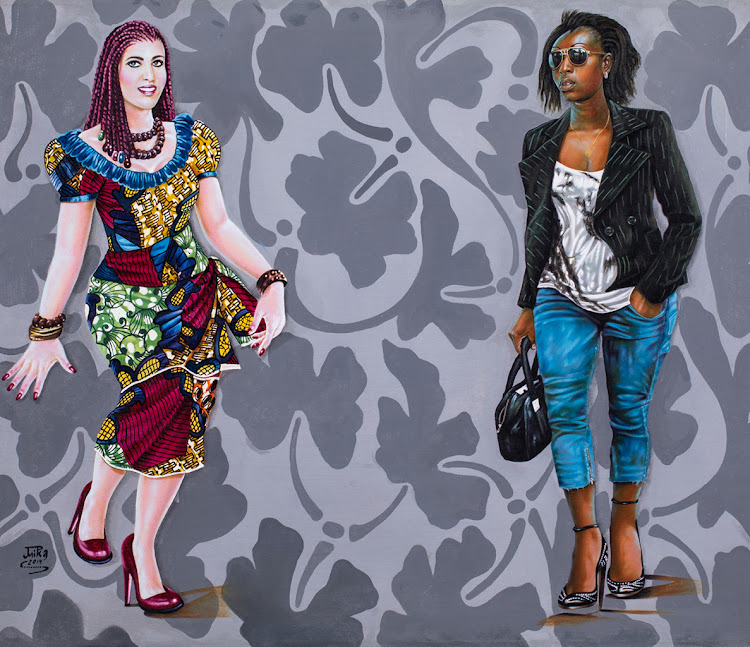 Here, Mika’s female figures, one white and the other black, are donned in Batik wax print fabrics and the more traditionally Western denim and leather respectively in a witty reversal of convention. He casually shrugs off the labels that the art world tries to plaster on him, focusing instead on producing works that attempt to materialise the popular culture of Kinshasa in paint and fabric.

The Modern and Contemporary African Art auction takes place on the 24th of June at 18:00. The address for the auction is 118 rue du Fauborg, Saint Honore, 75008, Paris, but you can also bid online.

The full exhibition of works available on the auction is open for previewing. Visit aspireart.net for more details and to register to bid online.

Closed doors don’t mean we can’t get our art fix. Become an art aficionado from your armchair
Art & Design
2 years ago
Next Article
© Wanted 2022 - If you would like to reproduce this article please email us.