The ICTAF is the place to start that contemporary African art collection. Or continue, and be a tastemaker 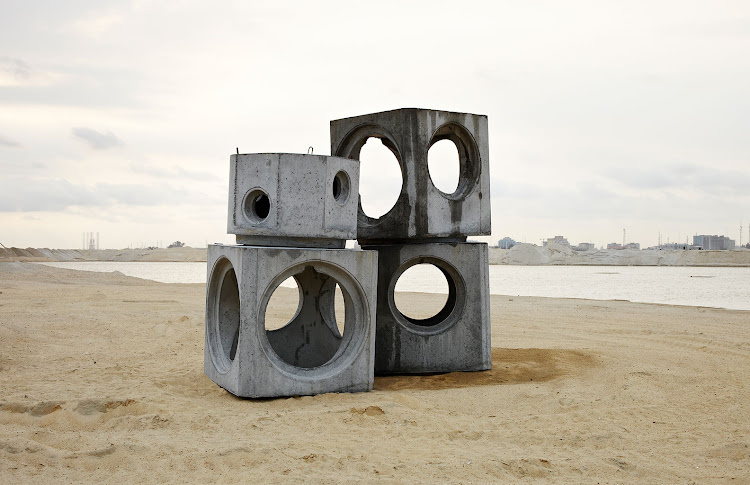 For a while now, contemporary art from Africa has been generating buzz worldwide. Firstly, in a world art market where there’s a lot of the same-old, same-old ideas in Europe and the US, contemporary African art not only offers something new and exciting, but something affordable, too. As one Italian collector, Tommaso Tisot, who is visiting the Cape Town Art Fair (CTAF) for the second time this year, puts it: “It’s quite different from the other countries in the world.” Here, he says, he sees new ideas, politically and socially engaged work, and novel approaches. The rest of the world (bar possibly the Middle East) is “a little bit boring”.

“It’s also easier for young collectors to buy more artworks, because the prices are not so high,” he adds, explaining that, for the price of a single artwork from a European artist, he can afford a number of artworks from emerging African artists.

Andrea Boghi, another Italian collector, says: “The African art market is extremely interesting because prices are still affordable and the quality is improving every year.”

Tisot and Boghi are not alone among European collectors. The way in which the CTAF has repositioned itself as an international rather than a local fair over the past few years has yielded impressive results. Sales last year exceeded R100-million, up from just above R30-million in 2016.

Wilhelm van Rensburg of art auctioneers Strauss & Co, which has a special annual auction of contemporary African art coinciding with the CTAF, says that the secondary market is also starting to validate the primary market. When the discrepancy between what you pay at a gallery and what you pay on auction narrows, it lends validity to the work’s value.

He adds, however, that Strauss & Co (and other auction houses) place a lot of emphasis on educating the public about contemporary African art, particularly in the secondary market, where art buyers tend to be relatively conservative. “There’s a huge hunger for knowledge,” he says. Strauss & Co’s catalogue has a write-up on every single piece on auction. 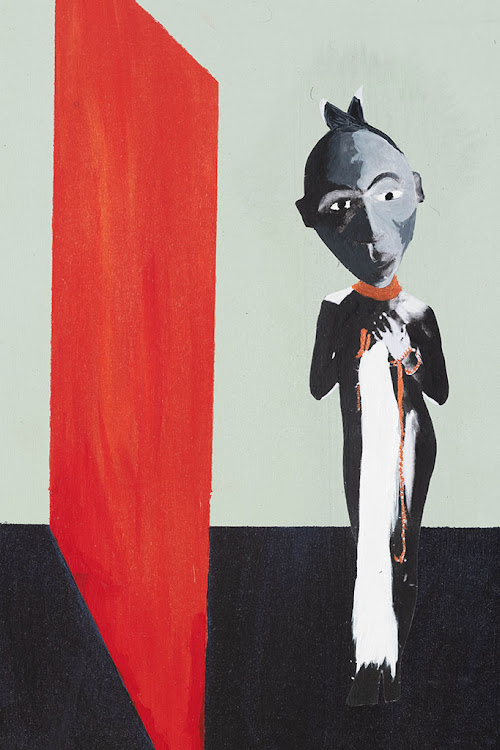 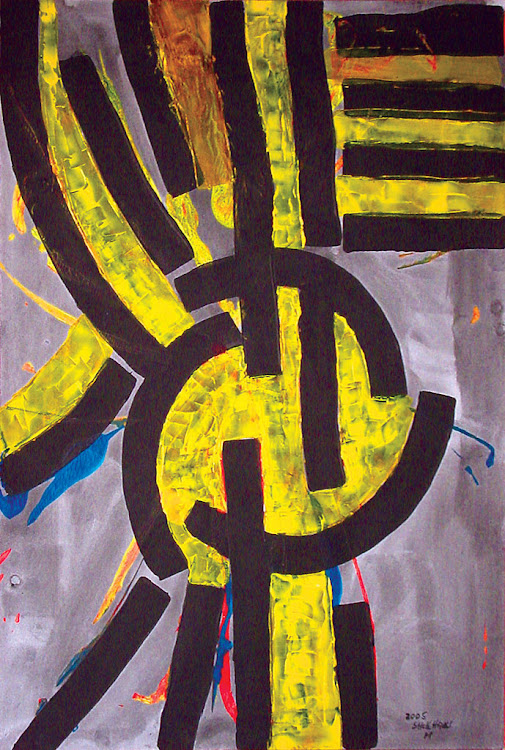 But, as a budding or even established art collector, it’s not always easy to get a grip on this new, diverse, and rapidly evolving field. Tisot points out that many of the young artists he sees at the CTAF are very young — many are in their early twenties. (He adds that a young or emerging artist in Europe usually means someone in their thirties at least.) As a result, the cutting edge of contemporary African art remains new and uncharted territory.

Ferreira is leading a panel discussion on the fair’s talks programme, discussing art collecting with various prominent collectors and exploring what drives their passion. He says the fair itself is the best place to start educating yourself. 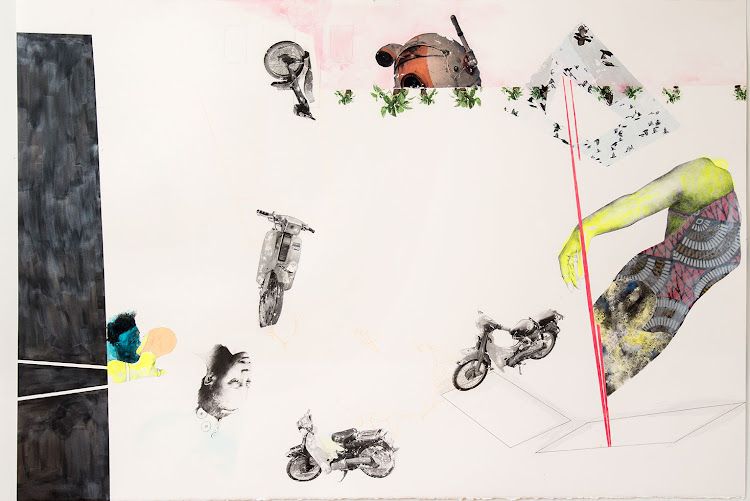 you looked for a beginning but there was none
Image: Ruby Onyinyechi Amanze

He says that art fairs provide a concentrated overview of what’s available. “If you’re a budding collector, it’s the best entry point you can have.” You can get an excellent “overview of what is happening in contemporary African art right now”.

Boghi says, “For me, the main reason to attend an art fair is to ‘discover’ new artists and to see in one place the gallerists I already work with. It is also a good chance to visit the public and private institutions around the city.”

The fair also provides access to curators, artists, and dealers, which is a wonderful opportunity to ask questions, do research, and develop relationships with galleries and artists. “It’s an incredible opportunity for the collector, in a short space of time, to gain those connections, because that is what is going to assist in creating a good collection,” says Ferreira. 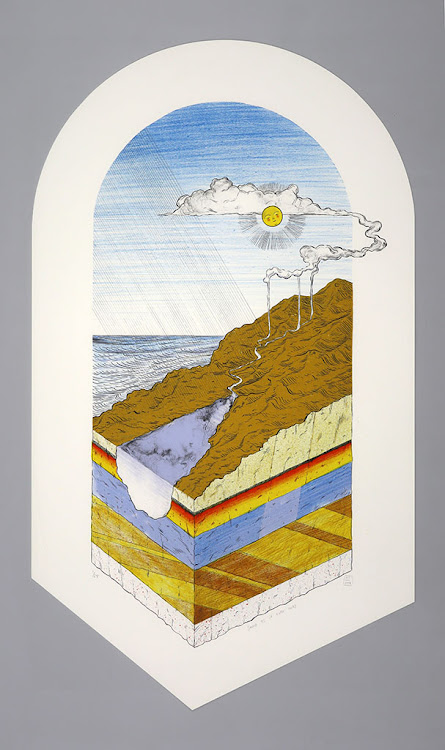 Same as it ever was
Image: Nina Torr

He says it’s also a wonderful opportunity to meet other collectors and learn from them. “Collectors are enthusiasts, they share their knowledge so openly and easily,” he says.

Perhaps most interestingly, Ferreira argues, in a field like contemporary African art, the collectors themselves actually become tastemakers, very often influencing other people’s collections. Someone like Tisot, for example, understands that investing in emerging artists isn’t about a once-off purchase. He says that as a collector he wants to “grow up with young artists of the same age”. In that sense, as a collector, you nurture talent. “They need also to be supported,” he says.

Boghi concurs: “Usually after the first purchase I start a long-lasting relationship with the gallery and I always end up buying more than one piece from different artists of the gallery.”

Ferreira also notes that, “A lot of collectors tend to collect what other collectors inspire them to collect.” Some pioneering collectors have made their collections public, or sometimes open them to the public on occasion. The most prominent would be the likes of Jochen Zeitz, whose collection anchors the Zeitz Mocaa, but Ferreira also mentions other collectors like Martin Epstein, owner of the Open 24 Hours gallery in Cape Town, as a “private collector who has gone public”. Strauss & Co’s chairman, Frank Kilbourn, is a prolific art collector whose assortment of 20th-century works is opened at Welgemeend, Cape Town, once a year. Other early collectors of African modernist art, such as the Norval family, founders of the Norval Foundation, remain hugely influential.

Years down the line, new collectors will seek out works from pioneering collections. “So it’s also, in a way, an endorsement for the collector: for making their own choices and being brave enough to take risks, and to buy for pleasure, for love, for passion,” says Ferreira. Graham Wood spoke to Frank Kilbourn, art auctioneer and Strauss & Co’s executive chairperson, about the state of the market after a turbulent year
Voices
3 years ago