Get the picture: What you need to know before investing in national artworks

Buying or selling a South African artwork that’s 50 years or older? You’d better get clued up on our National Heritage Resources Act 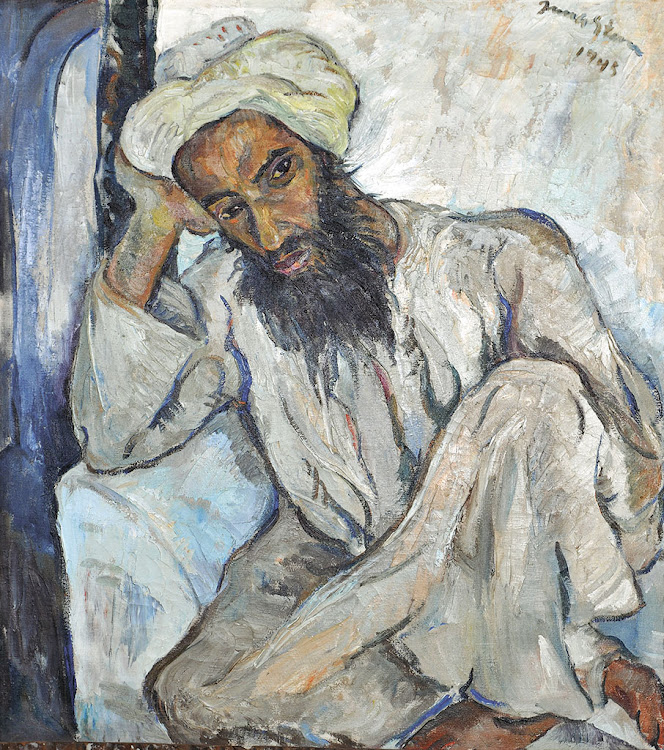 Irma Stern, Arab Priest. The painting can be viewed at the Javett Art Centre from 24 September 2019.
Image: Supplied

”I grew up in Senegal, and did my primary education there. I went to the Musée Dynamique in Dakar as a student. But the first time I really encountered African art was at the Musée de l’Homme, in Paris.”

So says Souleymane Bachir Diagne, a Senegalese philosopher and professor of French at Columbia University in a New York Times dialogue about a report calling for thousands of artworks to be returned to West Africa by French museums. The dialogue was over “what should happen and what these objects could mean to young Africans who have never seen them”.

South African art historian and curator Same Mdluli, who conceptualised A Black Aesthetic: A View of South African Artists (1970-1990) at the Standard Bank Art Gallery earlier this year, says many people who visited the exhibition came with knowledge of a few black artists — the well-known ones. And many were surprised to find that there are many more whose works, to their knowledge, have never been interrogated.

Though arguably the biggest, A Black Aesthetic is not the first exhibition of overlooked and marginalised black artists in SA. There was The Neglected Tradition at the Johannesburg Art Gallery in 1988, and in 2005 the SA National Gallery mounted Revisions: Expanding the Narrative of South African Art. The latter exhibition publication has also been available online for many years now and is used by schools and students as an open resource.

Alexia Walker is an independent art advisor and Aspire Art Auctions’ business consultant and senior art specialist. An expert in modern and contemporary African art and focused on encouraging a culture of art collecting in Africa, she says the global interest in modern and contemporary African has increased significantly over the past five years. “Art fairs solely devoted to art from the continent are multiplying overseas while major international auction houses like Sotheby’s and Bonhams are hosting standalone African art auctions. International art collectors are currently showing a particular interest in South African photography, with names such as Zanele Muholi, David Goldblatt, and Pieter Hugo at the top of their wishlists,” she says.

With a spotlight on African art and a global movement to return African art to Africa, it’s pertinent to highlight the exhibition of Irma Stern’s Arab Priest: Image and Context, recently held at Iziko South African National Gallery. It marks the return of the Arab Priest artwork to SA, which is on loan for a year. The artwork will be shown at the new Javett Art Centre as part of its inaugural exhibition of 100 iconic South African artworks in September.

The assumption has always been that Arab Priest (1945) is a painting of a distinguished Omani man. It became a point of contention in 2011 when it was sold by Bonhams Fine Art Auctioneers in London to the Qatar Museums Authority (QMA) for £3,044,000, but the transfer was blocked by the South African Heritage Resource Agency (Sahra), which argued that it was part of the national estate.

Hayden Proud is not only curator of historical collections of painting and sculpture at Iziko, but also a member of Sahra’s art advisory committee and the one who motivated for the retention of Stern’s Arab Priest in SA. He says: “Bonhams had applied for a temporary export permit to show the Arab Priest in London and New York on its auction previews. This was granted but they were warned that a permanent export permit would not be granted. The work was returned to SA and was actually in the country when the auction was held. The QMA instructed its agents to apply for a permanent export permit, which was then refused.” 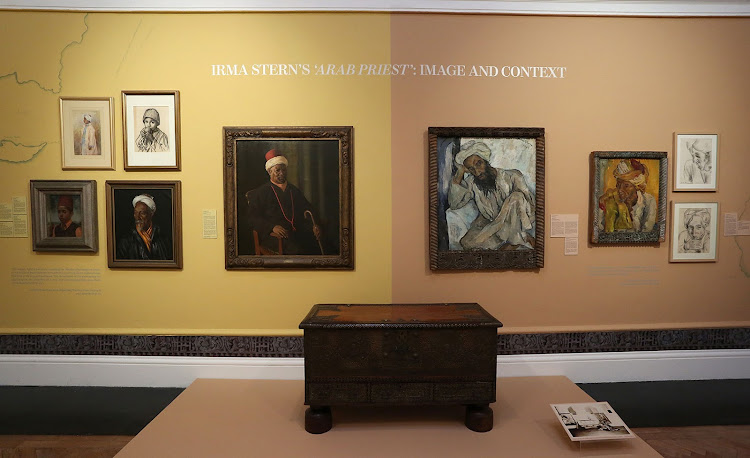 The artwork was last exhibited in the country at Iziko in 2012, following an agreement between the QMA and Sahra. The QMA was granted a temporary export permit for 20 years, on condition that it returns to SA one year in every five, says Proud.

Arab Priest was acquired to hang in the then yet-to-open Orientalist Museum in Doha, described by the museum as “the only institution of its kind… dedicated to Orientalism — an influential period in art history, based around Western artists’ first experiences and impressions of the ‘oriental’ East”.

Bonhams wrote in the footnotes of its sale catalogue that Stern had developed a fascination with the Arab culture via the Malay population of Cape Town but had immersed herself in the culture on her second visit to Zanzibar. 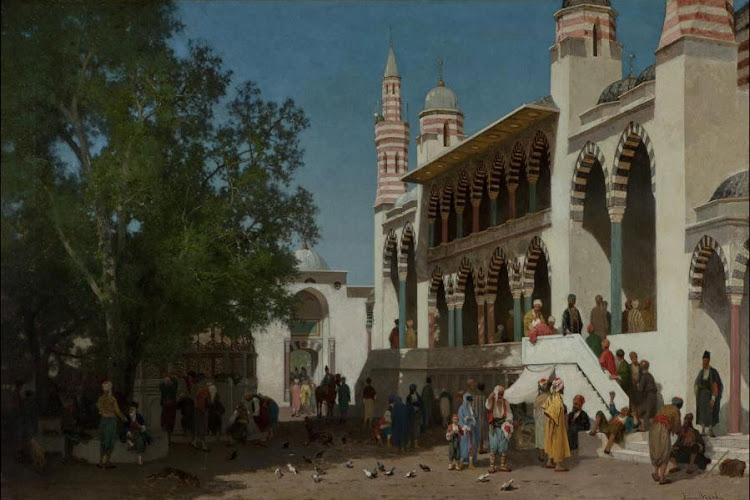 A number of artists had before her, but Stern’s work fetches the highest sums among them. Stern chose Arab Priest as the opening illustration for her famed Zanzibar travel journal, “attaching significance to it as one of the best works produced” during that period, writes Bonhams.

Stern painted a number of portraits, but the ones created between 1939 and 1945 and termed “Arab” are considered of highest value. “She also visited Senegal in West Africa in 1938 and also painted Arab sitters there,” adds Proud. Two Arabs sold for R21.1-million at an auction held by Strauss & Co in 2011. In March 2019, the portrait Arab, a previously unrecorded portrait of an Omani nobleman from the court of the Sultanate of Zanzibar, still in its original carved wooden frame, was sold by Strauss & Co for R20-million.

Sahra was given a mandate by the National Heritage Resources Act of 1999 to protect, monitor, and manage the country’s heritage resources. Those resources, which are of cultural significance or other special value for the present community and for future generations, must be considered part of the “national estate” and fall within Sahra’s sphere of operations.

Government Notice No. 1512 of 6 December 2002 describes the types of objects that are protected and may not be exported without a permit from Sahra. Upon receipt of a permit application, Sahra, aided by relevant scholars in the field, applies criteria stipulated in the act to determine the significance of the object and whether a permit may be issued or not. Artworks of more than 50 years old are protected, and since Stern’s works fall into that category, an application for an export permit was made.

The Act means that though South African artworks may be sold to anyone, objects that are deemed an important part of the country’s “national estate” cannot leave the country permanently. This has drawn some malcontent from art purveyors, and even artists, who argued that the Act is anti-capitalist — but were reluctant to be quoted as saying so. Walker says: “Most countries have regulations in place to protect their national artistic patrimony. 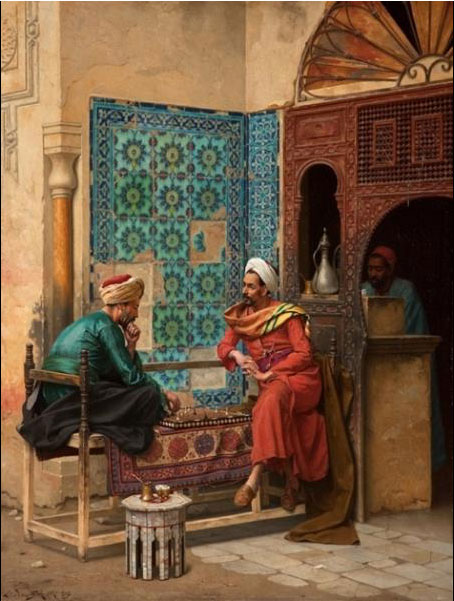 “Export restrictions generally apply to a strictly defined category of movable art (over a certain age, value etc.). These are not blanket restrictions and they do not affect the earning potential of artists. So it really depends on how the regulations are applied and how the subjective aspects of ‘cultural significance or other special value’ are interpreted.”

“The art market trades at a very high level, which excludes many, whether institutional or otherwise,” she adds. “Personally, I would prefer to point out that when a country applies policies to preserve its national patrimony with export regulation such as with Arab Priest, it would show a consistent approach and similarly allocate workable budgets to the proper administration of national museums.”

It is well known that South African government funding of its museums is dismal at best, not only when it comes to budgets for acquisitions.

In the aforementioned New York Times debate, Diagne remarks on working with the Metropolitan Museum of Art on an upcoming exhibition on the Sahel region (West Africa), which wanted to borrow a piece from Senegal. “This object, that we cherish in Africa, needs to be shown in the United States,” he says.

In response, Toyin Ojih Odutola, a prolific Nigerian-American artist whose works were recently shown at the Whitney Museum of American Art, asks Diagne why it only needs to be shown at an institution like the Met. When Diagne clarifies and adds that culture needs to be on display but that the piece belongs in Africa, Ojih Odutola acquiesces but adds: “What I’d like to see us move toward is the construction of institutions on the continent on par with Western institutions. I would love to have my work one day to be in Lagos, to be in Dakar, without any asterisk attached to it.”

Few people get to work in an office alongside a painting that could be worth R16-million. This could be due to the fact that there are only a few ...
Art & Design
5 years ago

Is art theft a thing in South Africa? We canvass the experts to find out if we’re living in a home-grown version of 'The Thomas Crown Affair'
Art & Design
3 years ago