Extreme makeover: Here’s what you can expect from FNB Art Joburg 2019

The City of Gold’s original, big-deal art fair has had a reboot, with Mandla Sibeko at the helm 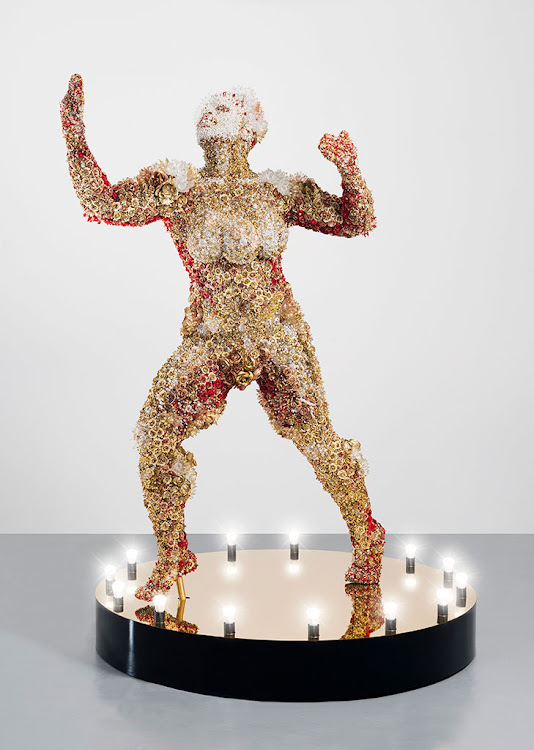 This year, you’ll notice that what we knew as the Joburg Art Fair (JAF) has a new name — the somewhat catchier, grittier, more direct FNB Art Joburg. That’s because, after 11 years of being run by its founders Artlogic, it has a new owner: former director Mandla Sibeko, who is giving the fair a reboot in response to a changing art market and the needs of key galleries.

The 2019 edition promises to be smaller, more focused, and unabashedly intent on presenting only work of the highest quality. The fair has retained FNB’s sponsorship, and with Sibeko at the helm there’s a degree of continuity, but they’re promising something quite different from previous years. To start with, galleries can participate by invitation only, there’s more of an emphasis on the design and layout of the fair (the biggest galleries will have equal spaces), plus there’s a new approach to emerging galleries and the central space.

There’s some art-world politics behind the change of guard, but Sibeko, who is far too diplomatic to be drawn on the dirt, says the real “driving force” behind the changes was the fact that the “whole narrative was changing” in South African art locally and globally. “It’s really a natural realignment.”

“When the Joburg Art Fair started, there were 50 art fairs in the world,” he says. “Now there are something like 250.” The local art scene has changed too. With the burgeoning interest in contemporary African art globally, many South African galleries have started exhibiting at international art fairs and have opened branches overseas. Stevenson has a space in Amsterdam, the Goodman Gallery and Everard Read in London. Sibeko also mentions that local galleries are no longer exhibiting only South African artists but artists from all over the continent. “It meant that the model of the fair was under pressure,” he says.

Notably, too, Sibeko says Art Joburg is positioning itself as a fair of Joburg and, by extension, Africa, rather than as an international fair — which is something the Cape Town Art Fair (CTAF) has done very successfully in recent years. “Because we were the first [African] art fair, we were always selling the idea that we were an international art fair, which I felt wasn’t necessary,” says Sibeko. “Our feeling was that we had to go back and re-route it to be Joburg, which [meant] coming to an agreement with the previous owners of the art fair, buying all of it, and then going through the process.”

Behind the scenes, the change was ultimately precipitated by a bit of a rebellion among the half-dozen or so major galleries. The bigger players like Stevenson, SMAC, Everard Read, the Goodman Gallery, Gallery Momo, and blank projects were becoming increasingly disgruntled with the JAF. Sibeko’s departure caught a number of them by surprise, setting in motion events that ended up with the unprecedented event of all of them getting together and agreeing to withdraw from JAF, even though they didn’t necessarily have a clear idea of what they would do as an alternative.

By all accounts, the JAF had, in recent years, become a bit of a baggy monster. Certainly, it had grown and become enormously popular, filling the large hall at the Sandton Convention Centre, but there was an undeniable sense that it was losing direction and definition. Mark Read of Everard Read, who’d had a “little catalytic role” in establishing the JAF and is perhaps gentler in his judgement of the fair’s old incarnation than some of his colleagues (Everard Read had put on some big, showstopping exhibitions there in recent years) says, “It became rapidly an institution in Johannesburg that people loved. We really liked the art fair, and we always put a lot into it.”

Art Joburg is positioning itself as a fair of Joburg and, by extension, Africa, rather than as an international fair

But the fair had become overcrowded, cluttered, and difficult to navigate. Sibeko says the fair had “created too many small spaces”. “One of the drawbacks of having lots of little exhibitors is that it starts feeling very market-like,” says operations director Vicky Ross.

Stevenson’s Joost Bosland points out, “I think a lot of these things were brought into sharper focus because the CTAF just went from strength to strength.” The CTAF has, in recent years, put on a much more clearly defined show with more refined presentation. The CTAF is owned by Italian company Fiera Milano and positions itself very much as an international fair, attracting collectors and dealers from around the world. Although it has a very different character from JAF, it nonetheless left exhibitors feeling something lacking in the Joburg event.

Sibeko explains, too, that the majority of the JAF’s sales were being made by the big players. (This comment also suggests, although he didn’t say as much, that the JAF wasn’t necessarily serving the smaller exhibitors who were making up the space, either.) Despite this, Bosland explains, he and some of the others felt that their concerns weren’t being taken seriously.

After considering the input of the major galleries and carefully dissecting the art market, Art Joburg has decided to put on a fair of international stature, but with a real understanding of how the Joburg art market works. Ross points out that the collectors who were buying art at the JAF were predominantly locals, not the international tourists frequenting the CTAF.

Read’s understanding is similar. “We don’t have visitors here,” he says. “This is a home-grown community here in Johannesburg. And that’s why I love it. They are collectors of Africa, people who are interested in what is happening on this continent, generally from this continent.”

Bosland adds that a key part of the galleries’ approach in Joburg involves convincing serious local collectors that supporting top contemporary artists is “the best way to commit to art financially”. Local collectors still tend to be interested primarily in 20th-century modern art. The scale of JAF, he feels, was muddying the waters, which he felt detracted from the longer-term ambition to develop a better understanding of contemporary art among local art buyers.

“That education process is harmed if they’re seeing work by William Kentridge, Zanele Muholi, and Helen Sebidi next to artists who might not have the same calibre,” says Bosland. “If it’s all being presented as equally valued, the educational mission that we’re on is being harmed.” 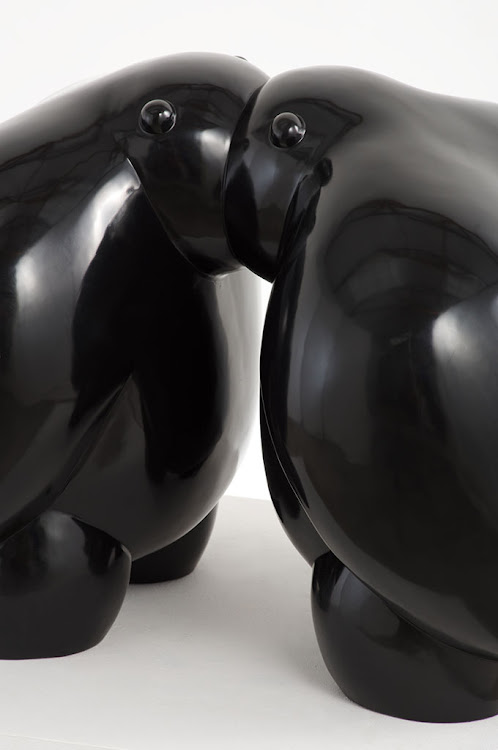 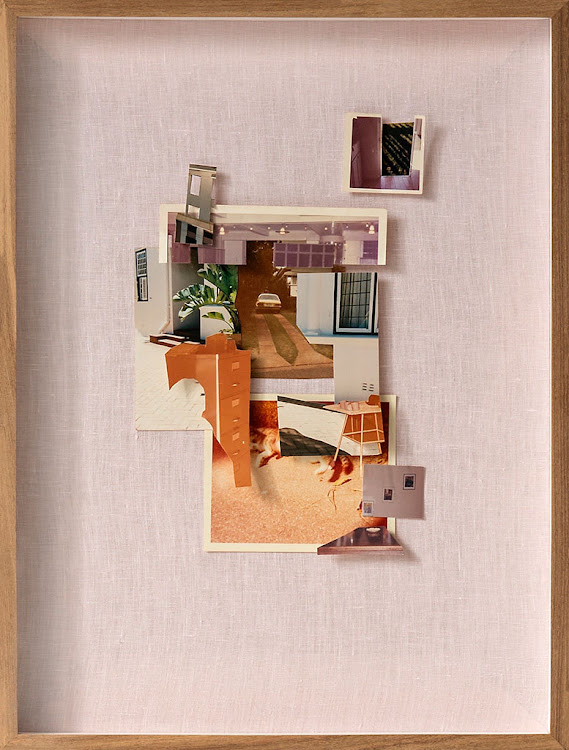 The Goodman Gallery’s Liza Essers says: “African contemporary art is in the spotlight globally right now, and it’s critical that the content in a fair in Johannesburg is excellent in order to further the work we’re doing to platform our artists and ensure their relevance in art history.”

She adds, referring to the fair’s new Gallery Lab section, which focuses on new talent, and MAX, which features super-sized installations: “The intention behind this sort of initiative is to create an event which encourages audience development and grows collectors from the continent by providing a platform for education through content.”

An unexpected consequence of the upheaval has been that the major galleries have ended up working quite closely together, with a huge investment in the success of the new format. “It’s the understanding that they share a collector base. By developing the Johannesburg collector base, everyone benefits,” says Ross.

“We’ve promised each other that we’re going to put the very, very best things we have on it [the fair],” says Read.

Of course, the fair’s newly refined, smaller offering is susceptible to accusations that it is elitist or exclusionary — particularly by galleries or dealers who have not been invited to exhibit. 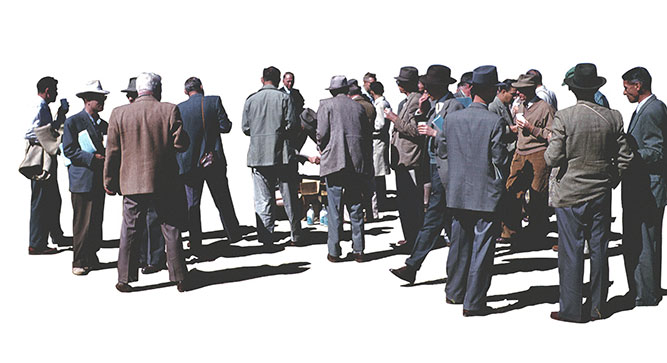 “There is obviously the politics around streamlining it,” says Ross. “It’s not about big galleries versus small galleries; it’s about a focus on excellent content... and a sustainable model that attracts the best collectors in the world, that allows galleries to support artists, and that grows the local collector base.”

In the meantime, two new fringe fairs have popped up: Underline project and Latitudes. “It was really quite an elegant solution,” says Bosland. “All of a sudden Joburg has three fairs, which makes it much more interesting…”.

In the longer term, Read speculates that the fair’s shift in focus and fresh understanding of itself in relation, not only to other local fairs but internationally, will set it on a new path. “What I think is going to happen is that Art Joburg is going to become the continental African art fair, showing the contemporary art emanating from the whole continent,” says Read. “This should be the art of the continent, and the best thereof.”

This year will prove whether or not Art Joburg’s new incarnation is heading down the right path. “This will definitely be a singular year,” says Read. Nevertheless, he says that no matter how much the fair is talked up, people will ultimately judge it on the quality of the art.

Mandla Sibeko: We need to think seriously about climate change lest we want the sun to disappear

The natural world is changing, and if the right measures aren't put in place to halt this, we are heading for very dark times
Voices
2 years ago

Mandla Sibeko: Getting the fundamentals right

By finding more funds to benefit the arts, the government can help restore some national pride
Voices
2 years ago

Mandla Sibeko: A vote for a new way of voting

In the midst of these general elections, we should be more concerned with what our vote does than who it benefits
Voices
2 years ago