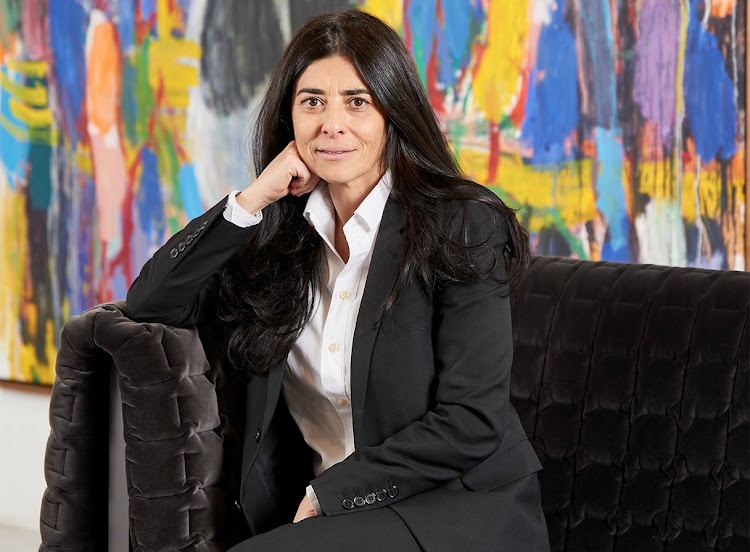 The Goodman Gallery has announced that it will open a gallery in London this spring. It will be located in Mayfair's Cork Street gallery redevelopment, a new art strip that has re-envisioned one of London’s most historically important art districts. Artists such as Francis Bacon and Joan Miró were first showed in London on the historic street, which was recently overhauled by architects Rogers Stirk Harbour + Partners (Rogers is Richard Rogers, who designed the Centre Pompidou in Paris with Renzo Piano). The firm transformed the street into a mixed-use scheme with flats, shops and 1 248m2 of gallery space.

The Goodman Gallery will be the first permanent gallery to move into the new development. Liza Essers, owner and director of the gallery for the past 11 years, says: “It is a thrilling responsibility to be expanding on, and challenging, the history of Cork Street by bringing new perspectives from Africa and beyond.

Powerhouse Liza Essers chose a career in art over finance. Her decade at the helm of the Goodman Gallery shows it was a felicitous decision
Voices
3 years ago

“It is time for a gallery from the African continent to play more of a front-line role in shaping the international arts discourse. In this global moment of heightened nationalist sentiment propelled by populist politics, it is more important than ever to reach across borders.”

The Goodman Gallery represents artists from South Africa and beyond, including Candice Breitz, Alfredo Jaar, William Kentridge, Shirin Neshat and the late David Goldblatt. It also brings to London a new generation of core contemporary names from Africa and the diaspora such as Nolan Oswald Dennis, Kiluanji Kia Henda, Grada Kilomba, Kapwani Kiwanga and Tabita Rezaire.

International interest in contemporary art from Africa has been growing steadily in recent years. Many South African contemporary art galleries participate regularly in art fairs around the world, which account for an increasingly larger proportion of their sales. Art fairs in South Africa have also been more strategically focused on attracting international audiences, so it makes sense for South African and African galleries to establish a permanent presence in cities such as London to improve their international reach. Everard Read and Circa have had galleries in London for a number of years – Circa London launched in 2016. Stevenson opened a small branch in Amsterdam this year too.

Ahead of its London opening, Goodman Gallery marks a significant moment of international activity during Art Basel 2019, which runs until June 16. Artists Kiwanga and Kia Henda are exhibiting at Unlimited for the first time, while a major solo exhibition by Kentridge, A Poem That Is Not Our Own, will be on display at the Kunstmuseum Basel until October 13.

Firm challenge to botanical art under way at Grootbos ...

Invest in artists who are experimenting and feeling ...