The Proof Project collaborates with the Lonely Hearts Club to showcase Gjoen’s ‘Loving in Extraordinary Times’. Wanted chats to him about his influences and future plans 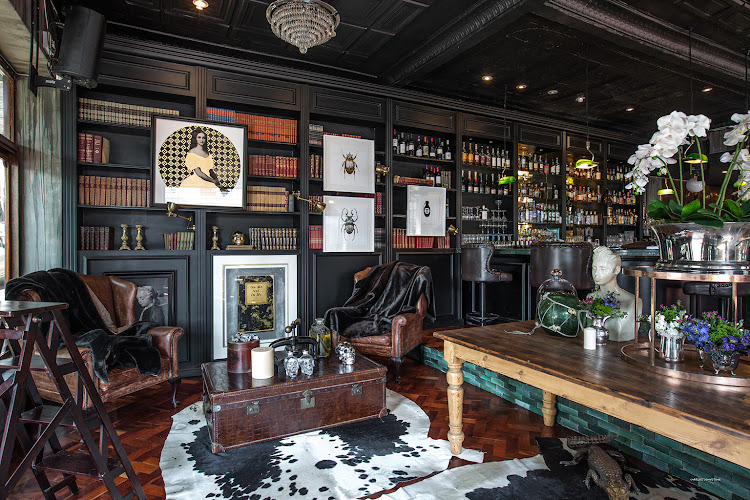 “Loving in Extraordinary Times” by artist Marcus Gjoen, curated by The Proof Project at the Lonely Hearts Club.
Image: Supplied

Magnus Gjoen, describes himself as an “accidental” artist. He worked for luxury fashion brand Vivienne Westwood for eight years and spent at least 15 in the fashion industry, before beginning his career as an artist.

Gjoen’s art influences include Renaissance history, his family’s art collection, and his thirst for discovery and beauty. As a contemporary artist, Gjoen has exhibited worldwide, offering artworks that incorporate different styles, reflecting a street and pop aesthetic with a fine art approach.

We spoke to Gjoen about the start of his career as a contemporary artist, the process in his work and his exhibition at the Proof Project.

Tell me about your background? I studied fine art before I went on to study a Bachelor and Master’s in fashion design and ended up working in fashion for about 15 years.

You grew up in a number of places: Switzerland, Denmark, Italy and the UK. How did this influence your art? My passion for art and history comes from my childhood. With all the different places where I grew up, and also travelled, came countless visits to museums, as well as my family being avid collectors of art. Art and beauty are everywhere - you just have to look hard enough. I would say the thirst for discovery and beauty, and the stories behind things, is what has always driven me.

Tell me about the first artwork you made. If we’re talking about the first piece that has lead me to where I am today, it would be the Delft Grenade. It was what started, or re-ignited, the artist in me when I was working in fashion.

Was there a particular moment when you decided to become an artist? I guess you can say I'm an accidental artist. While working in fashion seven years ago, I moved into a new flat in London and started searching for art to hang on my walls. In the end, I decided to do it myself and the rest snowballed from there to me quitting my job two years later. I initially started doing limited-edition prints which, over the years, have become more elaborate, with special finishes like gold leaf and diamond dust. As the demand for originals has increased, a lot of my time is now spent researching and making these for specific shows and clients.

What influences you? If you look at my work, you can easily see the Flemish and Italian Renaissance influence. This comes from my need to keep a historical reference in my art. Whatever I do, it’s created on something from the past. When juxtaposed with a more contemporary art form, you manage to create something new. Pop-Art which I’m also a big fan of, and artists such as Robert Indiana, are not so obvious in my art but there are hints here and there of him. For me, it's about combining two genres to create something new and contemporary. 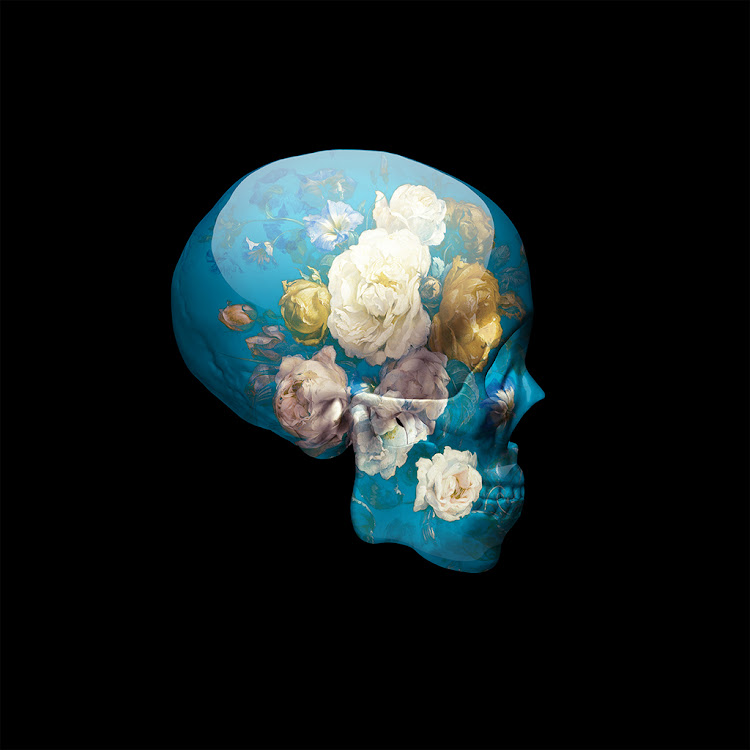 No one but death shall part us
Image: Magnus Gjoen 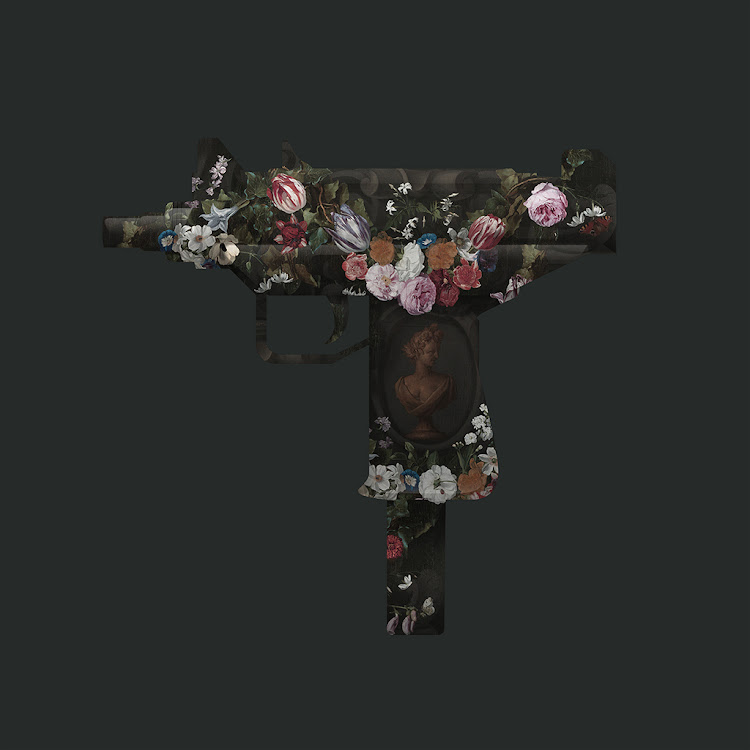 I'm not afraid of the dark
Image: Magnus Gjoen

Tell us about working for Vivienne Westwood and how the experience has shaped you today. I used to be a denim designer and was hired to develop VW’s denim collection, specifically their collaboration with Lee Jeans. In the eight years I worked there, my job had gradually also encompassed graphics. It’s one of those things that, if you’re interested in and required to, you can teach yourself. There came a point when I had to choose between my art and working for VW. I miss it but don’t regret quitting. As an artist, you do bring a business element into the picture after having worked in fashion. I often ask myself, “Would people want this on their wall?” Sometimes you have to follow your instinct but I don’t believe in making art for yourself.

Tell us more about the ideas/concepts surrounding your work. My work is a lot of the time about rediscovery and taking things from the past and renewing it for the contemporary market; to breathe a bit of fresh air into dusty old paintings forgotten in the far corners of a museum or in its basement. It’s also about presenting an object in a new light to the viewer, who has innately been told that a specific object is negative. Beauty can also be found in a small piece of engineering, like a gun. I comment on social issues; I choose the subjects that I connect with, that trigger something emotionally.

Can you tell us about the process in your work? It usually starts with a trip to Italy. Now that I live full time back in London, I go to Italy for a few months in the summer exploring and visiting every nook and cranny and churches on hilltops for inspiration. Not only Italy, of course, but I accumulate a wealth of inspiration from exhibitions and museums I go to and, when I get back to London, they’re all printed out into a huge mood board. From there, starts the creation and inspiration to make new pieces... I spend quite a lot of time doing digital mock-ups.

In the case of the older paintings I use, they are often in need of “digital restoration” - you want to keep something as original as possible, however, still remove water damage and scratches. It can take from three weeks to three years to finish a piece. Sometimes the best thing is to let something lay until you find the correct inspiration on how to finish it. 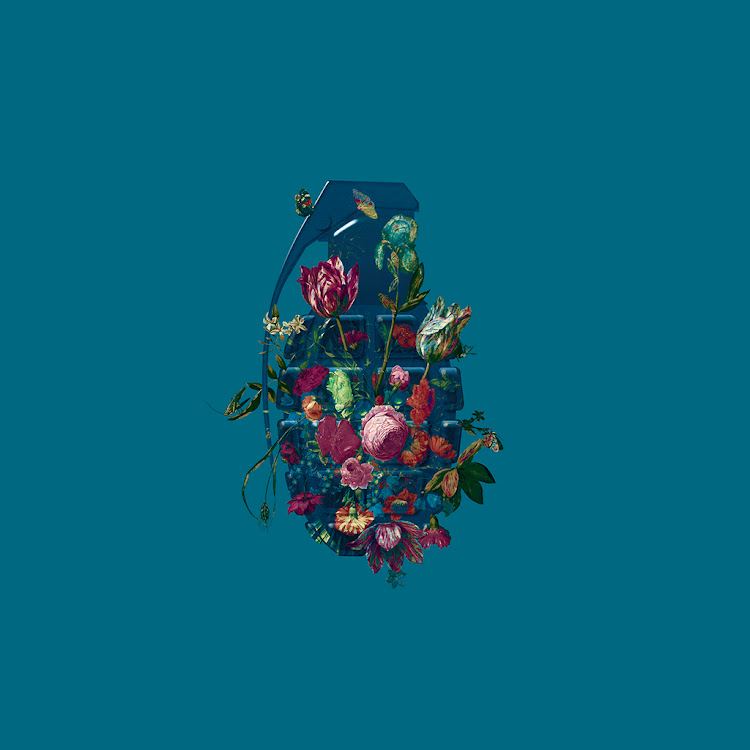 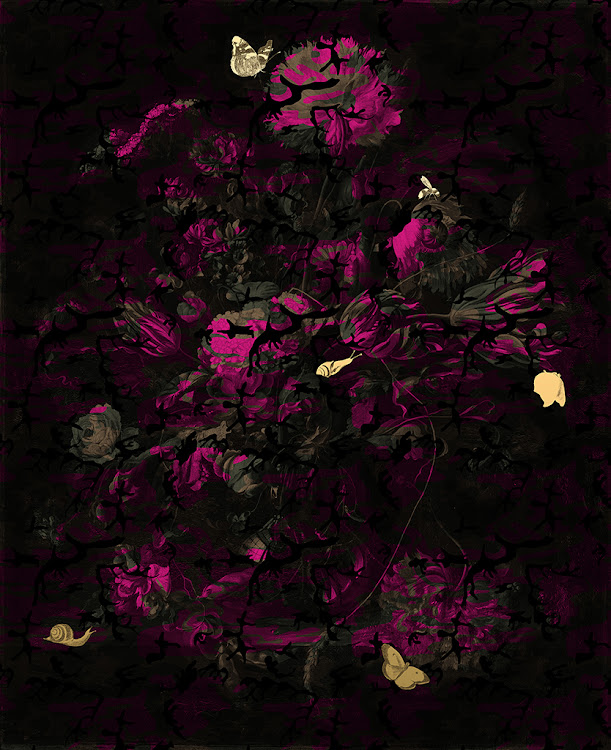 Abouth the dead either well or nothing pink
Image: Magnus Gjoen

What was the inspiration for your latest series? Le Paradis Perdu or Paradise Lost is a 12-chapter book, with 21 engravings, that I bought at auction, which became the foundation of my new originals and print series. The poem concerns Adam and Eve’s temptation by the fallen angel Satan, and their disobedience, which led to them being expelled from Paradise. This story is translated in a set of 12 beautiful prints, as well as 12 original artworks. As a well-established symbol for both love and life, the human heart gave new life and meaning to the original engravings by being juxtaposed on top. The series also depicts the heart as a meaningful representation of first love between humans but also mortality after the loss of Eden.

What is most important with regard to your work? I would say research. Art is about expanding the mind and exploring things and presenting it to the viewer as you want it. It's about capturing a memory or moment (for) whoever is looking at a piece and nudging their emotions; taking them back to that place or time. At the same time, you comment on today’s society. I’m not one to push my political views down other people’s throats… but you can create commentary in an art piece without it being too obvious.

Tell us about your daily routines and rituals. I don’t set an alarm. I’m a morning person anyway, so will wake up between 8am and 10am naturally. I’ll have a hearty breakfast and walk the dog, thereafter go into my studio, adjacent to my flat, and start work. I do multiple things at any one time, jumping from one to the other. I tend to go to the printers every second day to pick up and sign things. My social life has mostly become gallery openings, however, I obviously go to museums and exhibitions in London or wherever I am.

Can you let us in on future projects? Apart from The Proof Project and the Lonely Hearts Club in Johannesburg, I’ve been working on a few big projects in the US, which will be opening in the coming weeks. One is the entrance gallery to an apartment block in Manhattan, called 19 Dutch, where I’ve made a 7m high artwork, the elevator cabs and the building’s coat of arms. I’ve also just delivered six pieces to Las Vegas’s The Palms Hotel and Casino, which will be displayed throughout the suites and hotel. After the summer holidays, usually a time for research and travel, I’ll clear the slate and gather all the research done in the past month, and see what new ideas develop.

You can view Gjoen's works at The Lonely Hearts Club until September 2.