Will David Milch deliver the ending the series deserves? 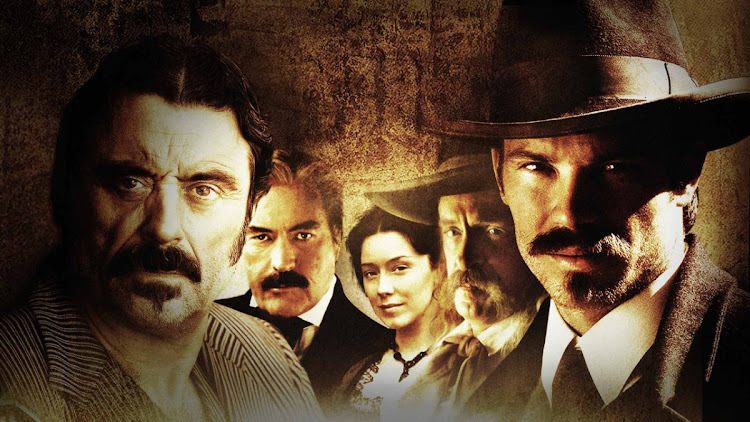 Announcing your plans is a good way to hear God laugh. – Al Swearengen

Back in the now seemingly so-long-ago days of the golden age of cable television, HBO held sway with four of what are still considered the best shows in television history: David Chase’s The Sopranos, Alan Ball’s Six Feet Under, David Simon’s The Wire and David Milch’s Deadwood. While The Sopranos, Six Feet Under and The Wire were allowed to finish their intended number of seasons with finales that became the talk of critics and fans alike Deadwood, the revisionist Western tale of the violent Shakespearian trials and tribulations of a small town in 1870s South Dakota, was cancelled after three seasons in 2006.

While creator Milch would later claim he knew the 36th episode of the show was the last when he was writing it, fans have been clamouring for over a decade for a proper ending for his most beloved creation – pimp-philosopher Al Swearengen - and his comrades.

Milch who is a mercurial and erratic figure, has stoked the fires over the years with claims he had reached an agreement to produce a fourth season, a two-part TV movie finale and, finally, a single film finale. Ian McShane, who played Swearengen in the series, further fuelled the rumour mill last year when he claimed Milch had handed a two hour script for the film to HBO and that the ball was now in the channel’s court.

Last week, HBO seemed to confirm this when it was announced that after 12 years of waiting, fans could look forward to a Deadwood movie, filmed from Milch’s script and directed by original series director Daniel Minahan, sometime in 2019. The question on everyone’s mind now is will Milch’s script deliver the ending the series deserves?

Milch was once the golden boy of television having been one of the co-creators of NYPD Blue and, for three years from 2004-2006, Deadwood seemed to have cemented his reputation as a visionary writer with a unique ear for dialogue and a respect for detail that gave his shows a gritty, authentic edge. Then he went on to create the bizarre and widely slated surfing drama John from Cincinnati, which was cancelled after one season, and the intriguing, but unfortunately short-lived, horse racing drama Luck, which had to fold after too many animal deaths during its production.

Since then, aside from the occasional comment about the status of the Deadwood film, Milch has been out of the television game and in the news for his $17 million gambling debt. The hope is, while Milch might not be the television prince he once was, he has enough left in him to ensure Deadwood will still be the superior Western it was when we left it.

In what is known as the “Peak TV” era of streaming and seemingly limitless content – several shows from the golden age have been revived – Will & Grace, Twin Peaks, Roseanne, Gilmore Girls and Arrested Development. While it’s arguable that some of these have had reasonable success in giving fans more of what they loved so much in the ’90s and ’00s – none of them, except perhaps Twin Peaks, have arrived with the same amount of expectation and demand for satisfactory closure as Deadwood.

With the film set to start shooting in October, you can be sure rumours, revelations and expectations will continue to run high until, at some as yet undisclosed time in 2019, we tune in and wait with bated breath for Al to let loose his first volley of “****suckers”.

Man Booker – turning over a new leaf on bias?

On our Reading List: The Monocle Guide to Hotels, Inns and Hideaways

Checking In? Why you need to get your hands on this hot new book
Travel
2 years ago

Benedict Cumberbatch is spectacular in his portrayal of Edward St Aubyn's junkie protagonist
Voices
2 years ago
Next Article
© Wanted 2021 - If you would like to reproduce this article please email us.

Crafted Beyond Compare, a look behind the scenes with ...