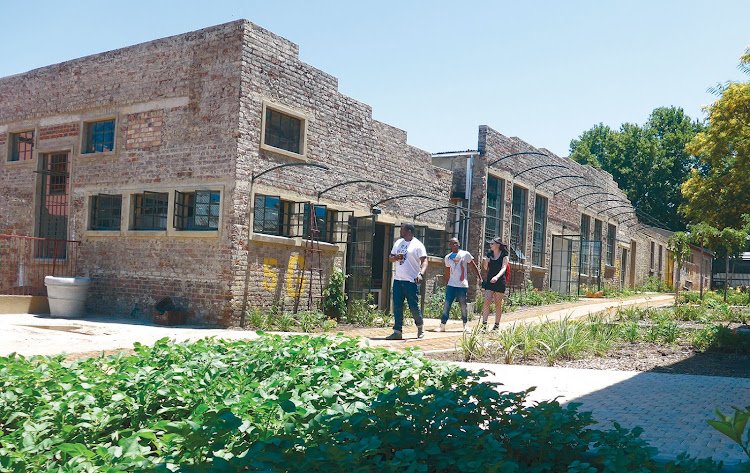 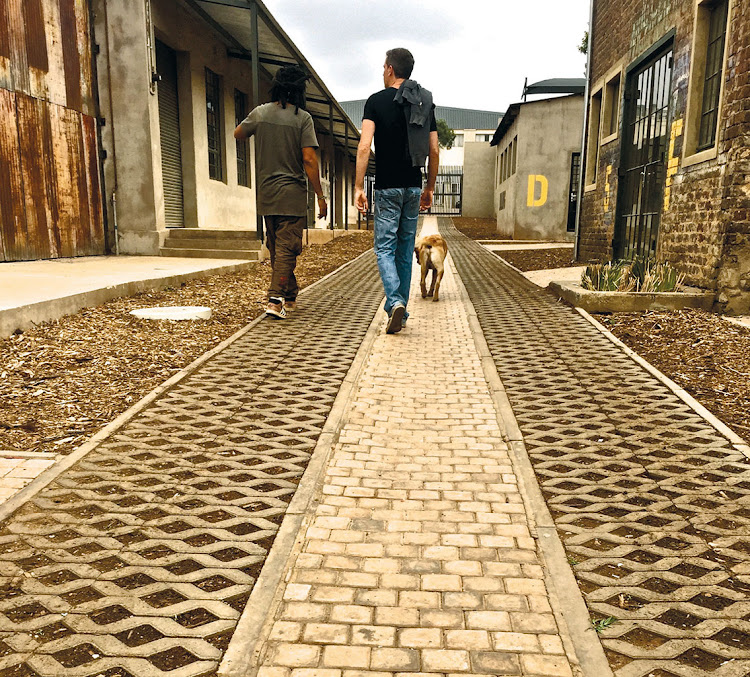 Anyone who has been to Somerset House in London might find it a bit fantastical to hear property developer Brian Green declare that the majestic 18th-century building was his inspiration for Victoria Yards. While the former boasts a famous and glorious edifice lying on the Thames River in the heart of the UK capital, the latter is an agglomeration of old warehouses and grimy chop-shops lying on the Jukskei River in a little-visited corner of Johannesburg.

But it would be foolish to underestimate Green, or his wonderful vision for what is sure to become a must-visit cultural hub in the city. A decade ago Green took a cluster of about-to-be-demolished 1930s industrial buildings near Milpark, and reimagined them as 44 Stanley. The funky retail-and-office space has turned a forgotten pocket of the city into a destination.

Victoria Yards is not another 44 Stanley, though — far from it. Imagine rather a place like Somerset House, with studios for artists, glassblowers, metalworkers, furniture makers, printers — any creative enterprise, in fact — spread across an area four times the size of 44 Stanley; cultural events filling the olive-tree-fringed amphitheatre; and a marketplace stocked with locally grown produce.

The Investec Cape Town Art Fair curator shares what not to miss at this year’s event, which includes a focus on African women
Art & Design
3 years ago

There will be a lot more if Green has his way, but he wants the space, not him, to dictate what happens next. And given that Victoria Yards is open, but won’t be completed for some time, “what’s next” could be anything.

Looking at the precinct today, just more than a year after Green first saw it, it’s hard to believe the pace at which he has moved. Buildings have been reclaimed and renovated; pedestrian arteries paved; trees planted, and vegetable gardens laid out; bees, bats, and owls introduced to support the new ecosystem — and, of course, studios occupied.

Indeed, such has been the word of mouth that new artists keep signing up, allowing Green to renovate and fill new studios even before Victoria Yards’ official opening. The Impi Brewing Company and Doubleshot Coffee have also moved in, David Krynauw’s furniture-making business has taken over a massive workshop across the river, and the Daville Baillie Gallery has hung its artworks in an impressive double-volume space. There’s also a hydroponics business and an African-centric eatery, while a small hotel and a restaurant are on the cards.

But if Victoria Yards is surprising because of its scale — taking up land on both sides of the Jukskei — it’s also so because of its location. The development is situated about a kilometre east of Maboneng, in Lorentzville. This sliver of land between Bertrams, Troyeville, and Judith’s Paarl is far from the beaten track — for now, that is.

Lorentzville, once a predominantly Jewish working-class neighbourhood that became Portuguese and is now multi-ethnic, has always enjoyed a picturesque setting — beneath Stewart Drive, one of the city’s three passes, with views of the Kensington Ridge. And while some famous people might  have spent time in the area — Mahatma Gandhi, William Kentridge, and Sol Kerzner, as well as the notorious poisoner Daisy de Melker — today the most conspicuous aspect of Lorentzville is the encroaching poverty.

While some people may see gentrification as the likely outcome of the creation of Victoria Yards — as happened in New York’s SoHo and London’s Shoreditch, where artists paved the way for hipsters and higher real-estate prices — the developers have tried to steer clear of this.

Indeed, one of the motivating factors behind Victoria Yards has been to engage the local community, be it through children’s programmes or by involving abused women from nearby Bethany Home, some of whom are helping with gardening and vegetable growing.

“What is unique in Victoria Yards is that it seeks to offer a place of employment, training and growing great African artists, artisans, and entrepreneurs,” says Nicolette Pingo of the Johannesburg Development Agency. “It seeks to integrate with local residents and offer opportunities for them rather than being an exclusive island in Lorentzville.”

Jonti Brozin, one of the partners in the project, says when they were contemplating how to develop the land, the partners reflected on the question: “How do you use property to benefit your surroundings?”

It was Brozin’s father, Robbie Brozin, who in 1991 chose Lorentzville as the location of the central kitchen for a new fast-food chicken business. Its name was Nando’s, and not only has the company stayed in Lorentzville since then, but four years ago it completed a fantastic redesign of its central kitchen headquarters. With that, the company seemed to be making a declaration: we like this place and we’re staying. While Nando’s is not directly involved in Victoria Yards, there is symbiosis. The company, which is well known for its philanthropic work and contribution to the arts, established the area’s flavour.

Across from Nando’s, on Viljoen Street, lay an overgrown, dilapidated 30 000m² property that had once been the premises of Advance Laundries. A meeting of the minds led some half-dozen real-estate developers — including Green, Jonti Brozin, and Spier and Nando’s shareholder Dick Enthoven — to do something special with the property. The direction Victoria Yards would eventually take was left largely to Green’s imagination, but it has been influenced by recent cultural events in Johannesburg, especially on its eastern perimeter — namely, an unprecedented explosion of art.

A life of luxury: Meet the reluctant heroes

Artists from across the country — and the continent — have been transforming the city into an art-lover’s candy store. While Cape Town might have the recently opened and much publicised Zeitz Museum of Contemporary African Art, Johannesburg has become a kind of haven to many contemporary artists.

From No One Eloff to Ellis House, from August House to MK Studio, from the ArtEye gallery to TwilSharp Studios, these destinations have joined the Bag Factory, Kalashnikovv Gallery, Living Artist Emporium, and many other creative spaces to extend the city’s already substantial art map beyond established galleries in Parkwood and the Keyes Art Mile in Rosebank. And Nando’s, which since 2001 has invested R70-million in at least 11 000 original artworks that are spread throughout its 1 300 outlets around the world, has played no small role in that.

While South African artists including Kentridge, Nicholas Hlobo, Robin Rohde, and Candice Breitz have already made inroads on the international market, lots of new names are emerging, and South African works can currently be found in exhibitions from Madrid to Detroit, New York to Berlin, Tokyo to Lisbon.

Local prices for African artists are also starting to reflect those abroad, which, says Art Aspire Auction’s Ruarc Peffers, is a noticeable development. At one of its auctions in Johannesburg in November, a drawing by Kentridge fetched almost R5.5-million, a record in South Africa for one of his drawings, and more than double its highest estimate. At the same time, two works by Europe-based Mustafa Maluka hit the R300 000 mark. A work by Moshekwa Langa, an artist from Botshabelo, whose art used to sell in South Africa for R20 000 not too long ago, was bought for R280 000 at an auction in July. 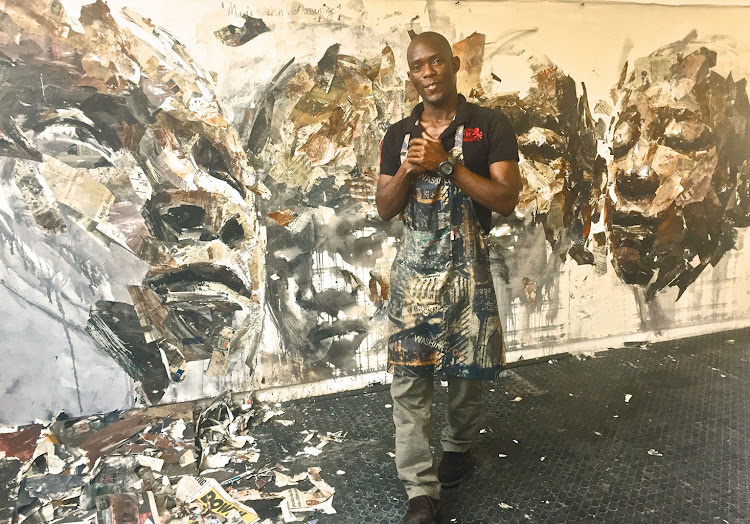 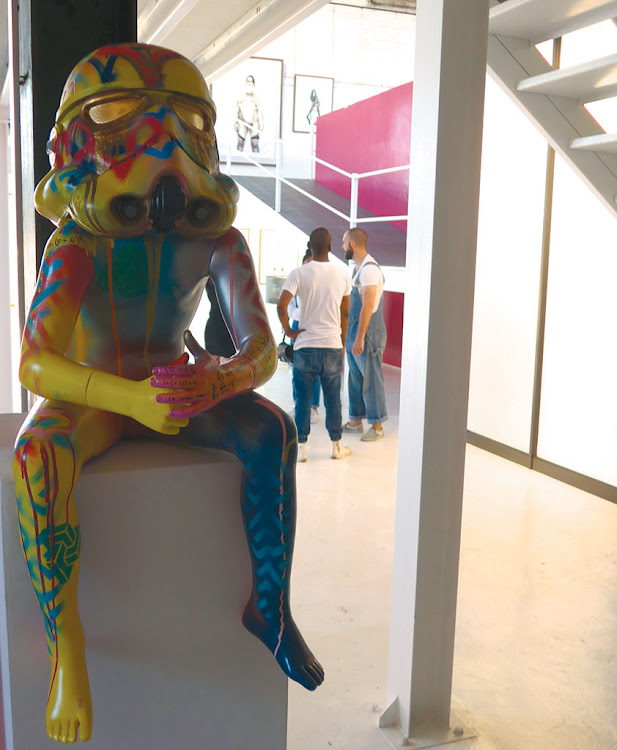 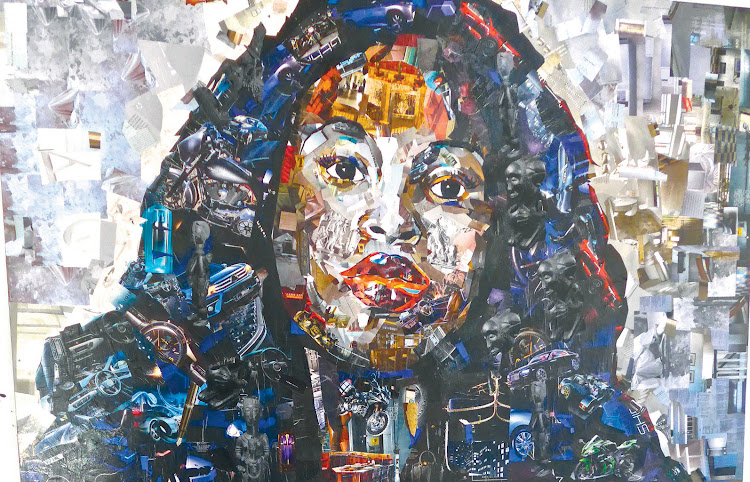 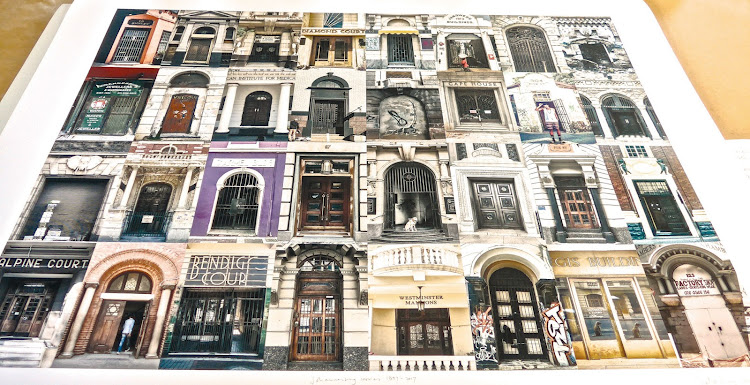 Artist Hannelie Coetzee is involved with Victoria Yards — although she doesn’t have a studio there — but uses her art to “actively create changes within communities and ecosystems”. Together with a team that includes Romy Stander, who is involved in Nando’s philanthropic and charity efforts, their focus is the rejuvenation of the Jukskei, Johannesburg’s only perennial river. Few people might know that its source is only 500m away, under Ellis Park, but due to pollutants in the area, it is already dirty by the time it daylights. Although attempts have been made to clean it up, the river remains a catastrophe.

The project has already generated so much enthusiasm that professionals from numerous disciplines — architects, ecologists, permaculture experts — have come on board. The aim is to clean the river and create a people-friendly green corridor that will start within the two blocks where the river daylights, and, hopefully, keep spreading along its course, through Bez Valley, Bruma and then — perhaps the biggest challenge of all — the untended banks of Alexandra, before it reaches the Crocodile River near Lanseria and begins its long journey to Xai Xai in Mozambique.

It’s a massive job, and Green is predictably psyched about the contribution that it could make to the precinct, to Lorentzville, and to Johannesburg. The river revamp is a visionary scheme that he wasn’t expecting at the beginning, but when it emerged, he knew it fit perfectly into the burgeoning space that is Victoria Yards.