The current success being enjoyed by Zimbabwean artist Kudzanai Chiurai has led to touching moments in which people from different echelons in the art world have laid claim to something of him, beyond his art.

Gallery and museum staff members speak knowingly about what informs his disparate imagery, and how it affects their lives. There’s something uncannily similar in the way that people approach his religious and political imagery to the way that they would worship actual religious or political icons.

Take Gcotyelwa Mashiqa, assistant curator to Azu Nwagbogu of the Zeitz Mocaa gallery where his exhibition Regarding the Ease of Others recently opened: “There are so many layers in his work. Just one particular work has so many perspectives,” Mashiqa says. “It can give you a different perspective on how to look at life, how to interpret it. So for me I am learning every day that I am in that space.”

The international art world descended upon the Mother City this past weekend for exclusive previews of the world’s largest museum dedicated to ...
Art & Design
2 years ago

It’s apparent that Chiurai is transcending the role of exhibition artist aligned to just one single commercial gallery. His work, now, is seen more as event than artifact. It’s not that he courts celebrity. Rather, he is something of a master at combining mediums so that, upon entry into his oeuvre, his followers and collectors from any level can each have a piece of him.

Beyond his visually laden, large-scale photographic works, there exists another Chiurai body of work, namely his journals called Lines, T-shirts and mass-produced posters given out at exhibition openings. Politics and “Popism” combine, drawing in a new generation of aficionados who can go with Chiurai to new places, to be claimed in the name of art. His last two big bashes were the launches of video works in less art attended city venues like the Constitutional Court and on a quiet corner of Pim Street in Newtown.

The new book titled While the Harvest Rots: Possessing Worlds of Kudzanai Chiurai’s Art (Goodman Gallery) edited by Robert Muponde and Emma Laurence aims to fill a gap. “We strongly believe that Chiurai’s work could renew understanding and visual culture in Africa if fresher critical and scholarly perspectives were brought to bear on the styles, textures and voices he deploys,” writes Muponde.

So, this is the first real book of scholarship investigating Chiurai’s art, from his earliest paintings of Johannesburg city in 2008 to his 2016 installation of a fictitious shop front titled Emporium, as well as his more recent oil portraits of individuals painted behind Cape slave lists of 1818.

Referencing his previous journal Lines Volume 2, the Goodman Gallery’s new offering includes a trademark Chiurai poster. This one is comfortably wrapped around the whole book instead of the nine included in a brown paper bag, in the previous.

"We live in silence"
Image: Supplied

In the new poster, a staunch looking woman, apparently of revolutionary persuasion, replete with beret and nose ring, stares out above the slogan “We live in silence.”

However accustomed we are to seeing archival images from the civil rights movement in America, of women in the Black Panthers, this is an image of someone in Johannesburg or Harare, now. It’s familiarly old yet new – and nobody would question its possibility.

In his essay Black Power Next Door: Hip hop and Chiurai’s work, fellow artist Nolan Oswald Dennis tells us that in his early figurative art, set mostly in the Johannesburg urban landscape, Chiurai reflects on the image of the supposedly “angry black man” in the hip hop tradition.

“These figures, and their representative traditions within hip hop, are not opposed: instead they work in tandem, cross pollinating and remixing the image of black resistance. Like the hip hop producer absorbing anything of use-value into the construction of meaning, in this struggle everything is fair game,” Dennis writes.

Fair game would include placing women in the roles of men where male stereotypes would usually be found. Thus the stern-looking woman on the book’s cover bearing the slogan that anger is fraught with silence. I guess we’re supposed to question for how long it can go on.

There’s something of an oblique reference to the silent protest staged by women activists, last year, in support of the late Fezeka Khuzwao, known as Khwezi, who accused the president of rape a decade ago.

But the thing that works in his favour is Chiurai’s refusal to portray women as victims. In an earlier interview he told me that “there are amazing images in the archive of Zimbabwean women carrying guns – training in long skirts and like doing their marches; learning how to shoot. Those are extraordinary images and we never really see them. There are also similar images that you’d find in Guinea-Bissau.”

I asked Zeitz Mocaa assistant curator Mashiqa whether it is all right for Chiurai to be appropriating the female image for his work. Especially while there is discussion raging about the appropriation of black imagery and narratives by whites. What about men speaking on behalf of women?

“I think you can, in your work, take an alternative identity as a man,” Mashiqa said. “This is like a fictional world that Kudzanai is trying to create in his work – having these women as active participants, whether in religion or in politics.”

We speak to the artist about her first ever South African solo exhibition exploring Xhosa culture beyond the boundaries of a curated photographic ...
Art & Design
2 years ago

Nwagbogu’s exhibition at Zeitz Mocaa works on this premise. In his curator’s statement for the exhibition we are reminded that in his art Chiurai “reflects on the role of women as victims, observers, witnesses and sometimes initiators in the violence that ensues during conflict and power struggles.

“The attempt of nations to find a resolution to the political, religious, and cultural cycle of conflict in the post-colonial era is depicted throughout Chiurai’s work. He challenges the fallacy of an independent state and reimagines a feminist nation where female empowerment is admired by men.”

And this is also the premise of the current exhibition at Goodman Gallery, also titled We Live in Silence. Taking its cue from the reconstructed scenes of colonialism, from the 1967 film Soleil O by Mauritanian director Med Hondo, the exhibition “repositions the female role in recent struggle histories – recasting the lead character as a woman in the black liberation narrative to challenge the gender bias inherent to such narratives, which tend to pit a black male as the victim of colonisation and, hence, the liberator of the post-colony,” to quote the gallery statement.

Beyond that there are faux installations and documents referencing the arrival of Europeans in Africa, and the African loss of traditional values and land. There is a mock Catholic confessional, antique instruments of exploration, and vintage seals for letters. With these we are reminded that what is old and quaint for some will always be scary and foreign to others.

In November Chiurai will hold a major exhibition of new and past work at the National Gallery of Zimbabwe in Harare. A not unexpected, although transcendent, moment in the career of one of Africa’s most holistic and visionary artists.

Images from Kudzanai Chiurai's exhibition at the Zeitz MOCAA: 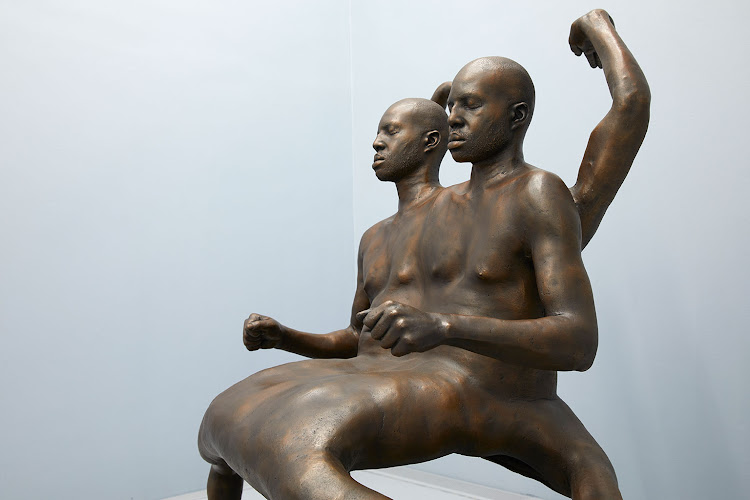 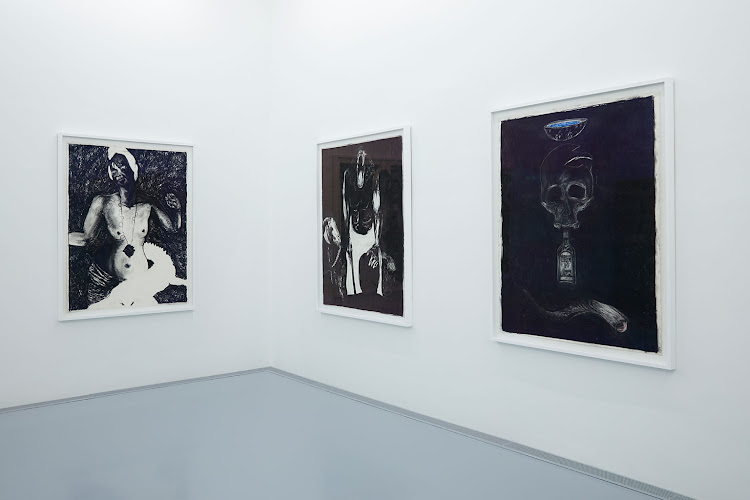 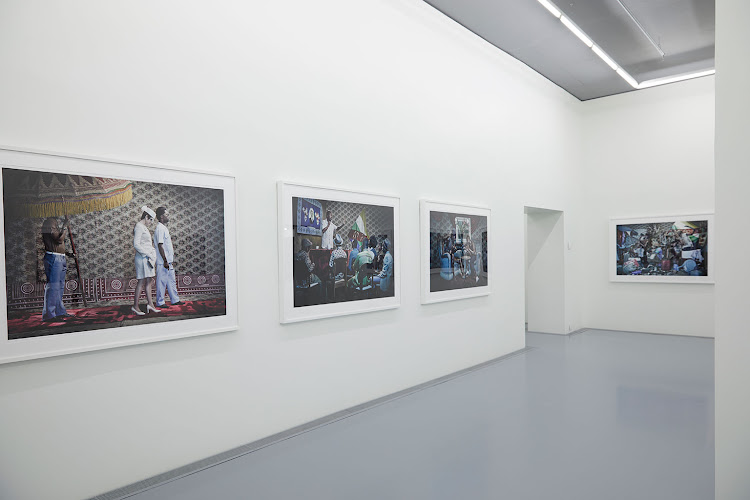 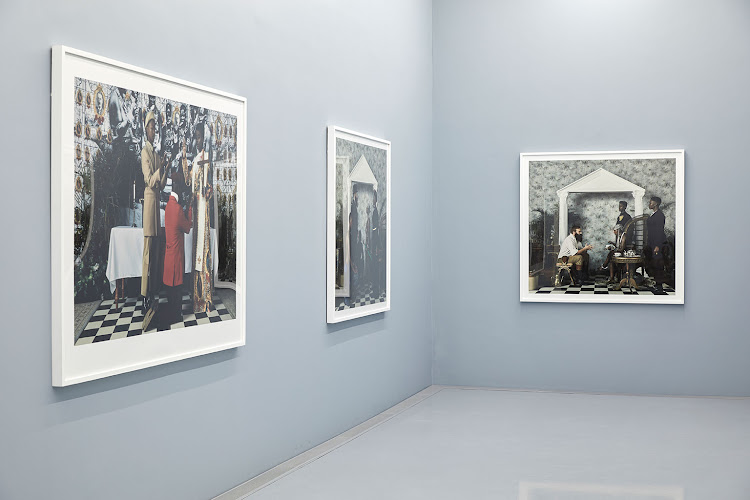 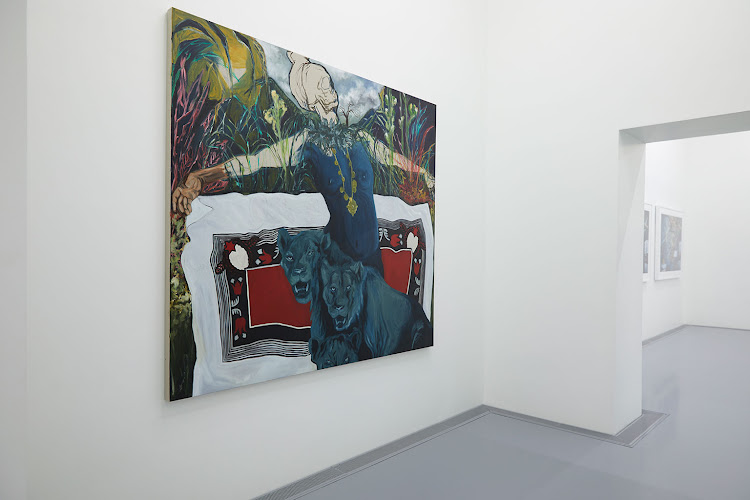 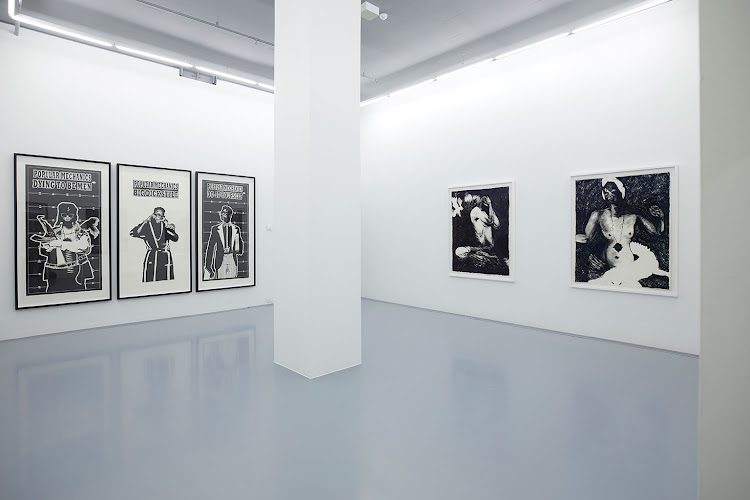 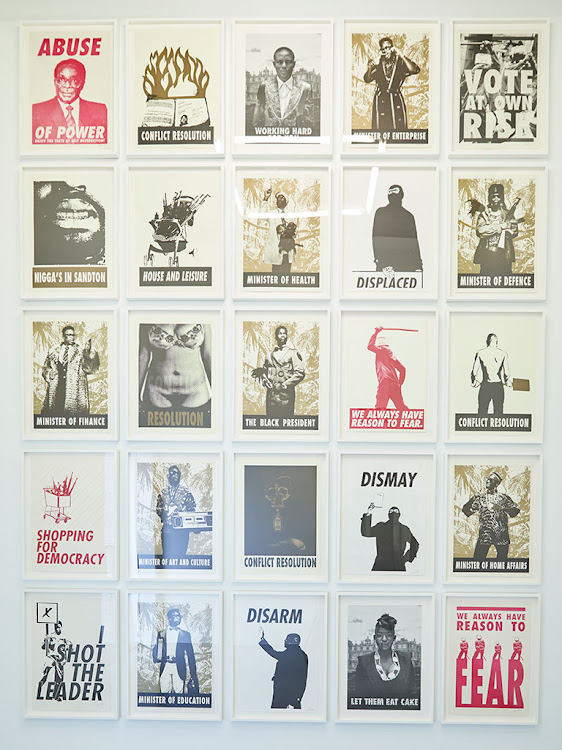 The exhibition We Live in Silence runs at the Goodman Gallery in Parkwood, Johannesburg until 14 October. The exhibition Regarding the Ease of Others runs at the Zeitz Mocaa museum at the V&A Waterfront’s Silo District in Cape Town until 31 March 2018. The book While The Harvest Rots: Possessing Worlds of Kudzanai Chiurai’s Art is available from the Goodman Gallery for R550.

The Zeitz Museum of Contemporary African Art (Mocaa) hasn’t opened its doors to the public yet, but we already know via previews of the opening ...
Art & Design
2 years ago

The metamorphosis of the old grain silo at the V&A Waterfront into a cutting-edge cultural landmark — the newly opened Zeitz Mocaa — is set to thrust ...
Art & Design
2 years ago
© Wanted 2020 - If you would like to reproduce this article please email us.

Moving on up: Modern African art to go under the ...

Tips and tricks to turn your house into a home

A stroke of brilliance: SA’s art scene has been quick ...