We take a first look at a major installation by Robin Rhode, featured artist at this year’s FNB Joburg Art Fair

Robin Rhode, this year’s featured artist at the FNB Joburg Art Fair, is standing in his installation in the final moments of its completion at the Sandton Convention Centre. He is wearing a camouflage jacket spattered with white paint. About him is a maze of metal geometry, a mammoth children’s jungle gym created from abandoned parts he found on the roof of a scrap yard in Westdene. 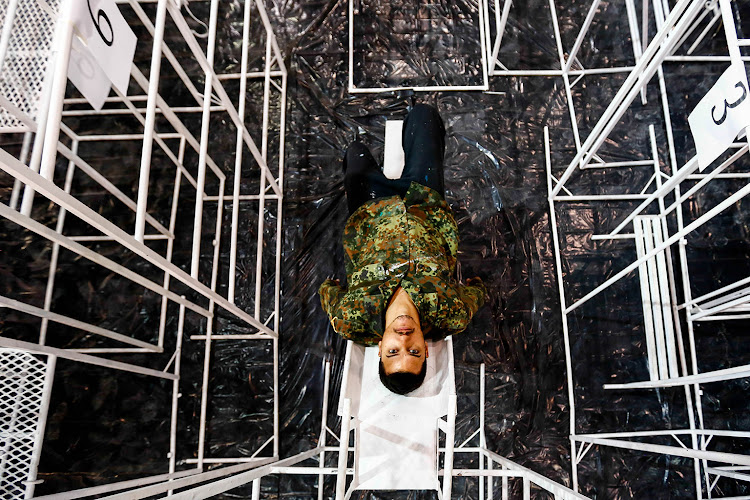 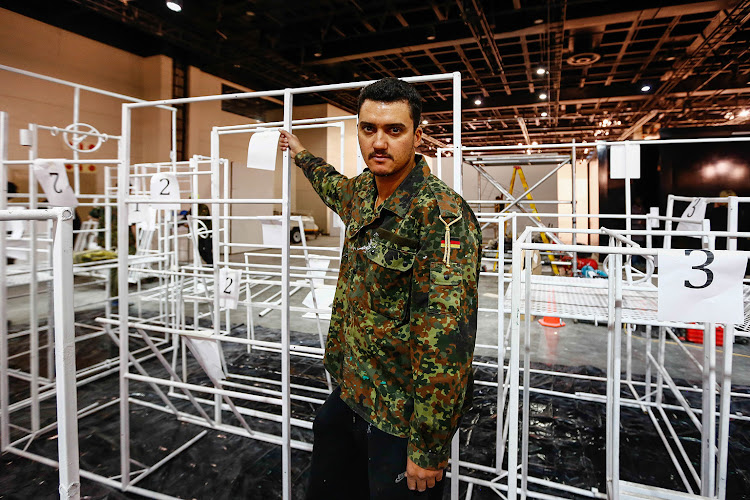 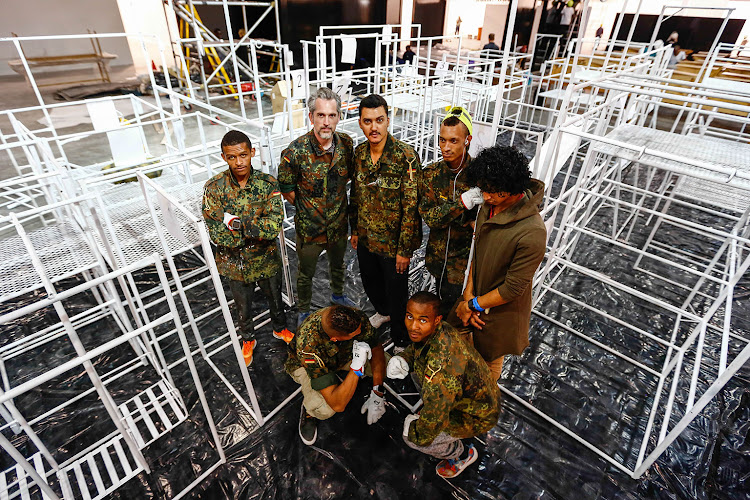 Rhode says he and his assistants jumped onto the roof and measured it: “It was 50 square metres. And I said, ‘My space at the fair is going to be 60 square metres.’ You have to be open to absorbing the uncanny. Allow it in.”

The jungle gym, once painted in nostalgic primary colours, is now painted a blank white. It is the stage upon which Rhode will place two performers for the event. It is a portal to the past, in more ways than one.

Not only do we remember these contraptions and the playful dramas we invented on them, but we remember them unevenly. White suburban children enjoyed them in private gardens and in parks. At the same time, for the children, the very word “jungle” evoked thoughts of an imaginary Africa, somewhere outside the security of the home.

The status of these particular ladders and slides ended when they landed up rusted and abandoned, awaiting recycling or worse. Or better. Today they have been incorporated into an important work of art.

The art fair is a platform for the development of art, growing business opportunities for the industry and positioning Johannesburg as a contemporary ...
Food & Drink
3 years ago

Originally, Rhode was trucking around Johannesburg looking for two smashed cars that would form the basis of an operatic piece he had planned for the art fair. Based on Verdi’s opera La Forza del Destino (The Force of Destiny), for Rhode it was destiny itself that changed the direction of his work. The cars would have represented two worlds colliding, a love that would end in disaster and death, against a backdrop of war. But fate brought the jungle gym here.

“I allow my intuitive muscle to be stimulated. And in order for that to happen you have to be open. So in other words, I went out with the intention of searching for cars but then my intuition triggered something else.”

Rhode’s key work at the FNB Joburg Art Fair will still feature a man and woman seeking each other out. But there will be more to their quest. They will, at the same time, be reciting 1970s struggle poetry by James Matthews and Gladys Thomas from the anthology Cry Rage, banned after its publication in 1972.

For Rhode, “art is about past, present, future. I’m following the principal of taking the dead object and engaging with it in the present, to allow the dead object to have a different value system in the future.”

In the present, though, the installation was happening in Sandton amid a din of drilling, banging and shifting metal bars. Art does not exist in a vacuum. Rhode’s assistants – young, tough and street – were all wearing the same camouflage jacket as he had on. Ten years later, here we were watching the return of the son who had done good.

Rhode was the first featured artist of the FNB Joburg Art Fair in 2007, hence his return 10 years later so that we, and he, may take stock. His talent has allowed him to exhibit in some of the greatest galleries in the world. In the United States, alone, he cites the Museum of Modern Art, the Solomon R Guggenheim Museum, the New Museum of Contemporary Art, the Drawing Centre and the Studio Museum in Harlem. And that’s just in New York City. The list goes on and on.

So how does he feel about his effort in Johannesburg this week? “My intention is to come back and to create something that is unique, that will touch the audience in some way, on an emotional level, that is theatrical. Especially when I’m given the responsibility of being the featured artist.

“Hopefully the work will invigorate a new kind of thinking about the ephemeral nature of the object, and its intrinsic memories. And how it can become a platform for ideas.”