These baskets from Swaziland are taking the design world by storm

A few weeks ago, en route back to my pizza at an underrated little Italian restaurant, I stumbled upon an unexpected gem: There in a small craft store with its doors flung open to the night air was a collection of baskets that raised my heart rate. Not the traditional kind, these were cleaner, with a bold black and white pattern. The design was restrained, the weaving very fine and the total look completely covetable. They were works of art; so why hadn’t I heard of this basket brand before?

Tintsaba was created back in 1985 in Piggs Peak, Swaziland by Sheila Freemantle as an income generating initiative for the local women of the region. From its humble beginnings with just 12 women weaving a small range of sisal products, Tintsaba now supports an estimated 800 women all over Swaziland. After her passing, Sheila’s husband Richard took over the reins. 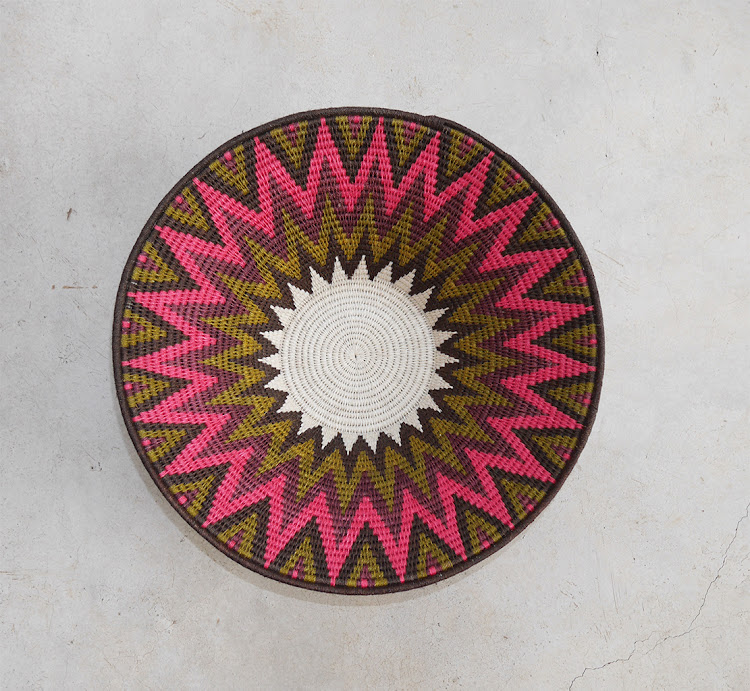 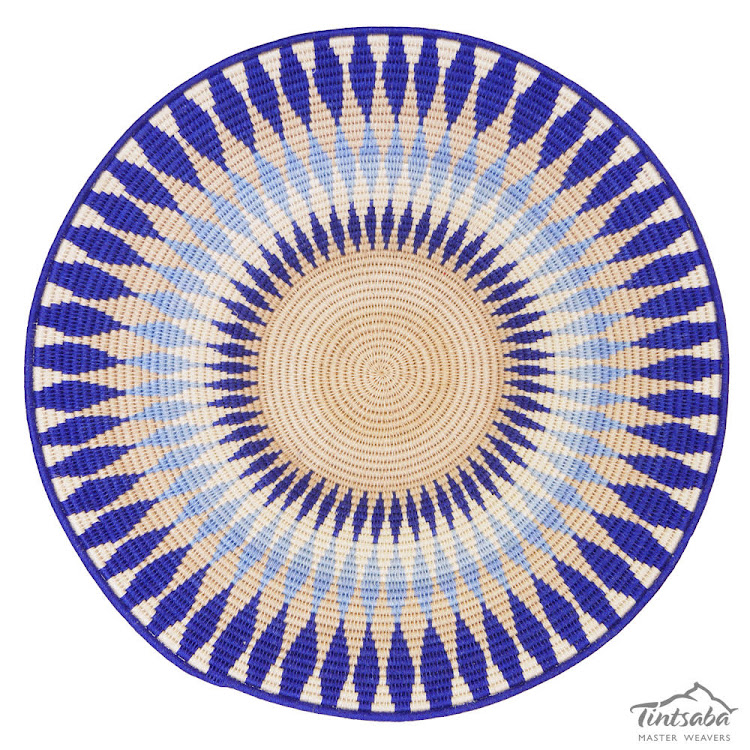 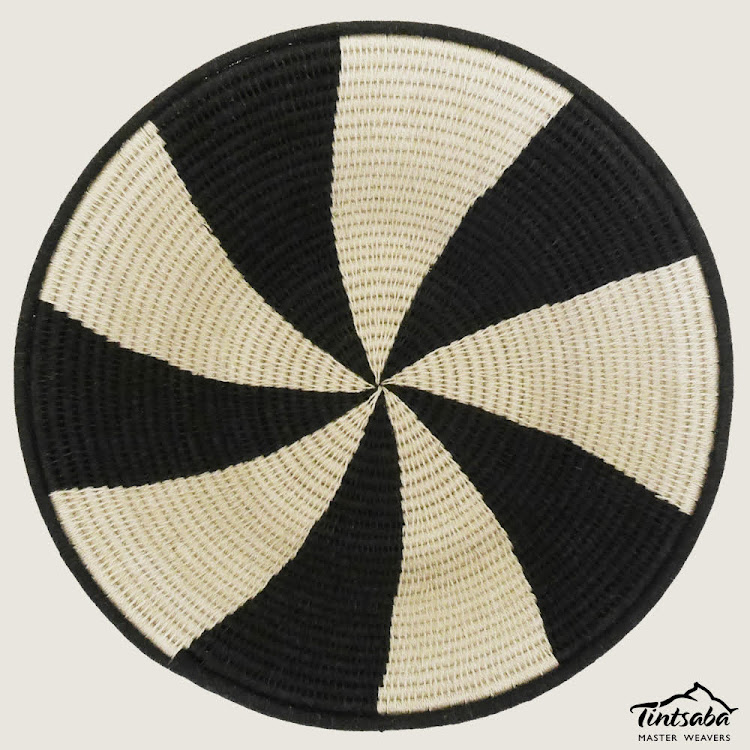 Taking the brand to new heights and new places is  the creative force behind their contemporary aesthetic, graphic designer Zoe Davidson. Designer and creative lead for Tintsaba, Zoe came on board a couple of years ago, bringing with her more than a decade of experience in women’s craft initiatives and a fresh approach to the brand’s growth.

Reducing the amount of colours used in some of the designs, simplifying the patterns and going for bolder motifs, she has essentially elevated the humble basket to a work of art and something you’d sooner display on your wall than store fruit in.

The black and white baskets in particular (the same ones I fell in love with) have been gaining Tintsaba major street cred and were introduced by Zoe as a simpler, cleaner design that packs a serious punch. However, their latest colourways feature more saturated pairings such as a tangerine, mango and sky blue, as well as a Kruger National Park inspired combination of khaki, cream, coral and gold.

Zoe says the colourways are often inspired by nature and the motifs are ones she sketches out in the hope that they come to life. Some do, some don’t and sometimes the ones that “flop” are an unplanned success. Any one of the baskets in their sought after annual Master Weaver’s Collection can sell for around $500 or more and would have taken over 50 hours to make. Only a handful of baskets are selected each year for this collection (there are 13 in the 2017 collection). Technically perfect in every way, they’re the pride of Tintsaba and the skilled weavers who make them.

The Tintsaba team recently returned from the International Folk Art Market (IFAM) in Santa Fe, New Mexico where their Master Weaver’s Collection is often sold, while their black and white baskets will be shown at the upcoming Maison et Objet design fair in Paris and their new collections launch at SARCDA next month. There’s also talk of a collaboration with an unnamed New York designer, so watch this space! 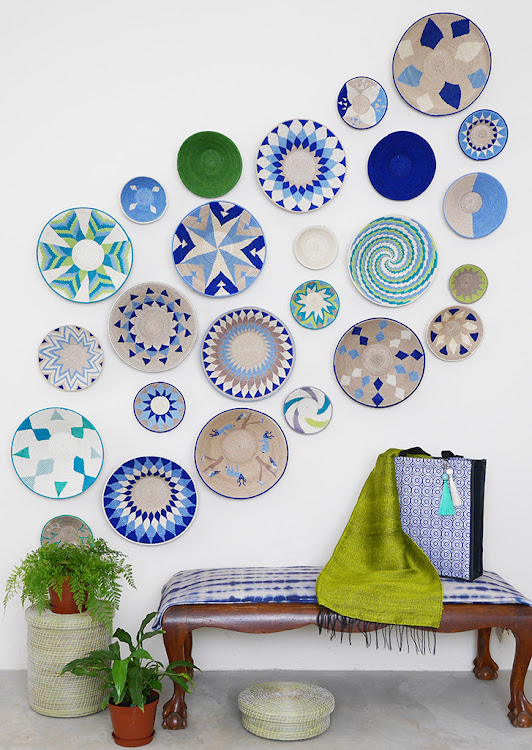 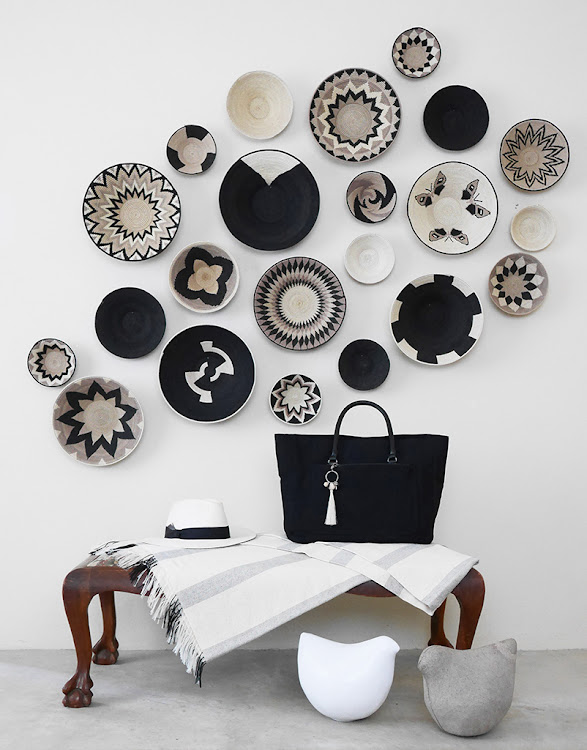 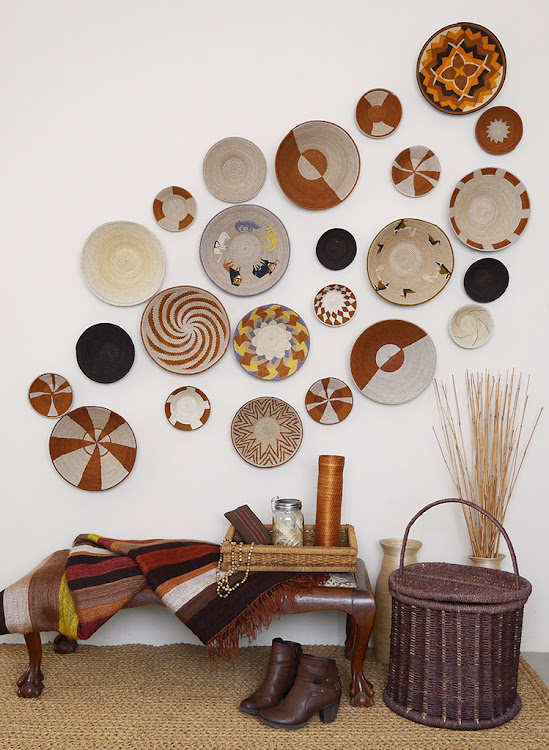 Seven inspirational design e-books for some ...

Making it: These six local creatives have got the ...

SA designs a breath of fresh air for famous Swazi ...

When travelling turns into tiles