A scene from 'The Wound', directed by John Trengrove
Image: Supplied

While Donald Trump was being inaugurated as the 45th president of the US in Washington DC, the South African film The Wound was making its debut at the Sundance Film Festival in Park City, Utah — the first of its multiple screenings at the world's most popular independent film showcase and a springboard for future Oscar nominees. Trump's rhetoric could hardly have been in starker contrast to the ethos of The Wound.

Critics at Sundance have lauded The Wound for its courage in depicting homosexuality within the secretive Xhosa initiation ritual of ulwaluko .

It is the first feature-length film by director John Trengove, whose career spans theatre, television, documentary, commercials and short film. In 2009 he made the acclaimed miniseries Hopeville, and he directed a short based on the Xhosa initiation ceremony, The Goat, that premiered in 2014.

Trengove, who travelled with the film to Sundance last month along with the film's star, singer and writer Nakhane Touré, said it's a great validation to have the film premiere at the festival, given the challenges he faced tackling the sensitive subject matter.

"It's an uncompromising film, and many people thought we were crazy to make it. So to then bring it to a platform like this, it's amazing.

"Making a film - any film - is a lot of hard work, endless nights and months of thinking it's never going to happen, lots of blood, sweat and tears, so it's exciting to be here."

On a practical level, he acknowledged the exposure a major international film festival like Sundance provides for a South African film.

"The scope for the film is much wider, and broader now," he said. This plays into his aim for the movie - to change the way homosexual men are portrayed in African cinema.

Trengove admits he's an outsider to the complex world shown in his movie. "It was very challenging, but also very rewarding because by stepping into this space, some phenomenal collaborations took place."

He was referring to working with Thando Mgqolozana and Malusi Bengu, his co-scriptwriters, and the cast: Touré (who won best alternative album at the South African Music Awards in 2014) in his first acting role, theatre star Bongile Mantsai, and youngster Niza Jay Ncoyini.

Trengove said each had their own reason for wanting to be part of the film, fully aware it would stoke ire and contention among many South Africans — even before they saw it.

"It can't be underestimated what a big decision that was," said Trengove.

"Each has their own particular reason for doing this. I am very protective and will defend their decisions with my life." 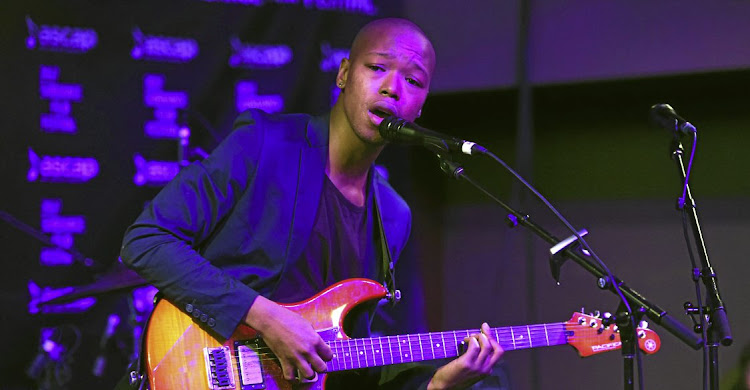 For Touré, 29, who has already experienced some backlash on social media for being in a film that lifts the veil from a cloaked tradition, it was the authenticity of the story that compelled him to sign on for his first acting role.

"What I found poignant is that the story isn't as alien as people would like to pretend it is. That's really the trigger here — the sore point for people."

His reason goes deeper still. "Because some of these things that happened in the movie happened to me when I went up the mountain," said Touré, who was born in Alice in the Eastern Cape.

"When word got out that I might be homosexual, I found I was suddenly being solicited. So, it's not from a film, or a fictional or academic point of view that I know this, it's a personal one. It happened to me and it happened to others."

Touré, whose trip to the festival was his first to the US, said Trengove initially approached him to do the music for the movie. "I went to him with all these ideas — talking about Björk's Medúlla album, and the way she works with voice, and how I planned to do something like that too."

Trengove then suggested he audition for the acting role. The involvement of Mgqolozana and Bengu was central to Touré's decision to take the role.

"They had huge impact on the authenticity of the story — how the characters and the culture are depicted," he said.

As for Trengove not being Xhosa, Touré didn't feel that was an issue. "I think he brings value because he's a good director, full stop. John couldn't have done any of this without any of us; 90% of the people who worked on the script were Xhosa and had experience with the ritual. That crosses a big box."

Sundance is the first stop for The Wound. It will move on to make its European debut at the Berlin Film Festival and will no doubt be screened at more festivals on the international circuit.

But for Trengove, the film's biggest milestone is still to come — playing to South African audiences, with a cinema release planned for the second half of this year.

"All the exposure and international recognition is really great," he said. "But if I have a wish for this film it would be to start a conversation in South Africa. And perhaps, if at some point a gay Xhosa kid sees this and says, 'that wasn't my experience at all', but is inspired to write their own story, that's potentially the most amazing thing that could come out of all this."

In conversation with Shepherds and Butchers director ...