Thandiswa Mazwai first introduced herself to us as Red, the young musician churning out hit singles in the 90s as part of the kwaito group Bongo Maffin. Over two decades later her powerful vocals and thought-provoking lyrics have made King Tha, as she is fondly known, one of the most formidable musicians of our time. 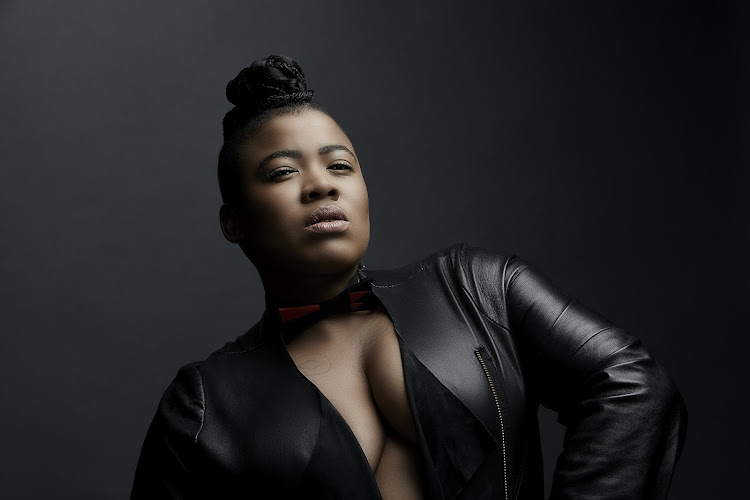 This month, Mazwai is releasing her latest offering, Belede, a jazz album on which she pays homage to some of the greats. Several years have passed since her last album Ibokwe and she has been forming and performing with different bands. There's the punk band. There's the all-female band. But for Belede, Mazwai collaborated with a trio she's worked with before — bass player Herbie Tsoaeli, drummer Ayanda Sikade, and pianist Nduduzo Makhatini.

The album, which is named after Mazwai's late mother, took two days to record, while the vocals took longer to incorporate. “I felt like jazz as a genre lent itself so well to an album like this and it just made sense to work with these guys,” she says.

On Belede, Mazwai pays homage to the legacy of Miriam Makeba, Letta Mbulu and Busi Mhlongo, to name a few. “If it were not for them I do not know what kind of musician I would become. Because of them I was able to make decisions that see me here 22 years later,” she says, talking about her relationship with some of the musicians and how many of them mentored and offered her guidance. Mazwai feels like South Africa has a way of forgetting and erasing things as time passes and the new album was an opportunity to acknowledge and honour these people.

Israeli-Ethiopian singer Ester Rada talks to Ntombenhle Shezi about her heritage, Nina Simone and coming to Africa for the first time. Ester Rada ...
Voices
4 years ago

It's a tribute album and the covers she performs might have originally been released in a different time, but they are as relevant today as they were back then. A song like 'Jikijela', for example, is chillingly pertinent to the Fees Must Fall movement. “We are still doing the same things, are involved in the same action,” she says of the youth’s struggle then and now.

Mazwai considered calling the album Inkonzo, which can mean a church service, ceremony, commemoration or gathering, depending on the context. The change in title came after a conversation with a friend. “A friend said to me, 'If you name this after your mother everyone in the world will have your mother's name on their lips.' I loved that idea.”

The 40-year-old says she is constantly trying to honour the memory of her mother through her work. “My mother was the one person who taught me about rebellion. She threw authors like Franz Fanon and Steve Biko at me. Her and my father were both writers and political and introduced me to Black Consciousness,” she says, adding that a lot of the subjects she dealt with on her critically-acclaimed debut album, Zabalaza, were subjects her mother would interrogate with her.

As the mother of a 16 year old daughter, Mazwai feels a sense of excitement when she thinks about living in a time of movements like Fees Must Fall. “I would be very worried if this stuff was not happening in the world. We don't only learn from our parents. A lot of the time we learn from our peers.”

She describes her daughter and her peers as fierce black women, unafraid of the sound of their voices or their rage. Young women who are not willing to be in the background.

There are many important conversations that are being ignited through pro-black narratives in popular spaces like the Internet. The situation may seem turbulent, but she is insistent that because we will never live in a perfect world, people need to be given the language of resistance. Mazwai's music has provided this language for many.

Zabalaza, although released over 10 years ago, is often praised as being ahead of it’s time. “It feels like there was so much foresight while I was making that album back then. As an artist I rely so much on the inner ear and listening to whatever messages come through and bringing them out, which is why I see myself as more of a conduit,” she explains. But it's hard to accept compliments for the album. “I don’t think that was me… I think there was an energy at that time and I had the ear. I was willing to use that to guide me.”

Next up for Mazwai is a journey to Mali where she will spend some time in Salif Keita’s studio recording her next album of original compositions. “There is a beautiful silence in Mali. I also love the sound of Tuareg music and the sound of the desert blues guitar,” she says.

Some of the themes she hopes to explore on the new record include the dichotomy of love and rage, and the importance of self-love when coming out of rage. She thinks about the importance of self-care especially in relation to those involved in Fees Must Fall. “I think about how tired they must be and the mental trauma that comes from the banging and the noise of the shooting, the violence they encounter.”

While many may love her music and see it as an instrument of healing, making music is a personal journey for Mazwai, who sees it as a way of understanding the world and her place in it. She does not pay attention to the critics and reviews and believes if an artist has integrity and puts their heart into the work, it will resonate. “We all have a few things in common, like the desire to survive, the desire to be happy, the struggle with our fears and pain.” That is why people find resonance in her sound.

Belede will be released on November 25. Mazwai will launch her album on November 24 at the Soweto Theatre. Tickets available from webtickets.co.za

Young, gifted, and all that jazz

Joy of Jazz brings the melodies to Joburg